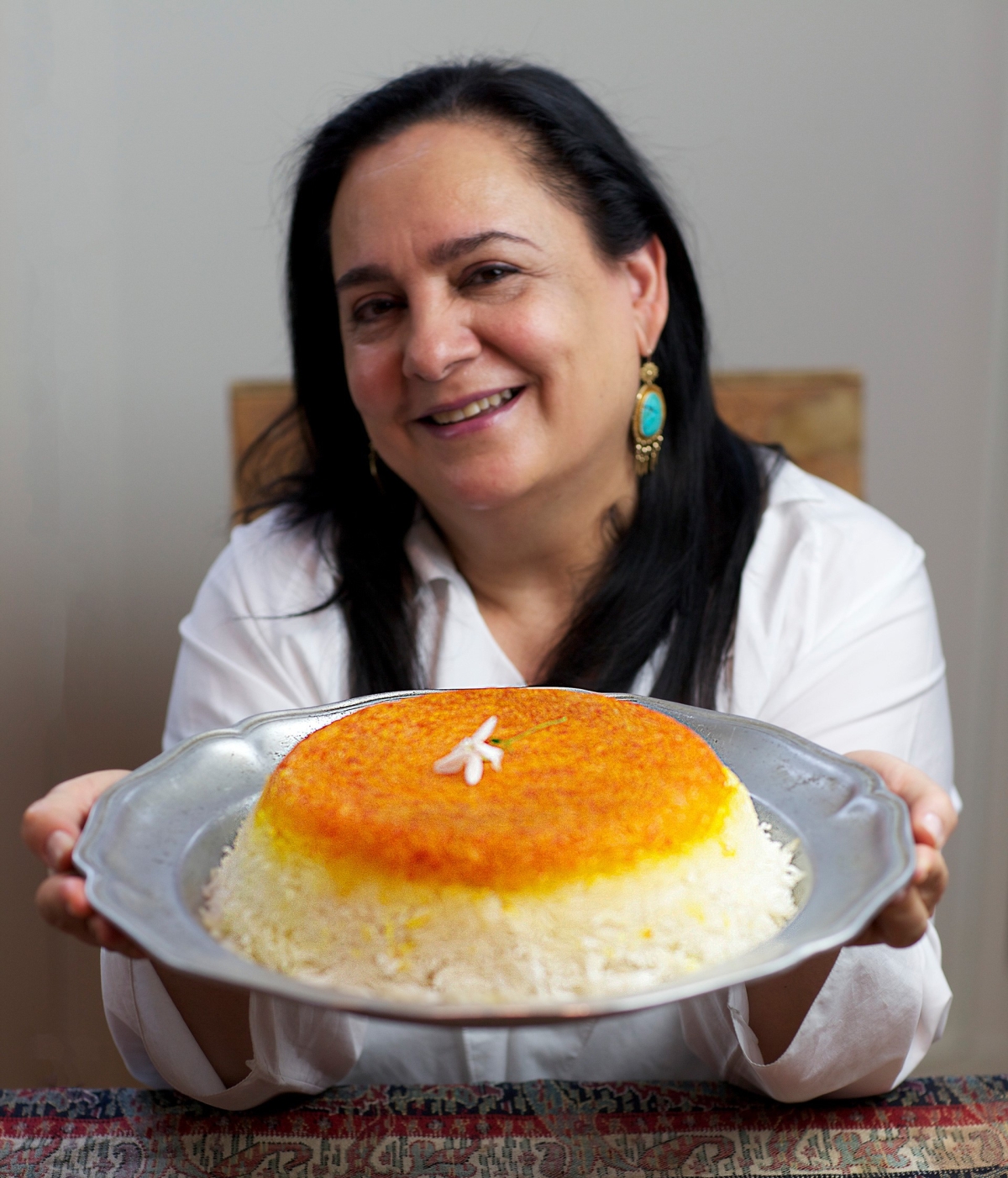 Hailed as "the guru of Persian cuisine," Iranian chef Najmieh Batmanglij has spent the past 40 years cooking, traveling, and adapting authentic Persian recipes to tastes and techniques in the West. Najmieh was born and raised in Iran, with her mother telling her to stay out of the kitchen. "Concentrate on your education," she would say. "There will be plenty of time for you to cook later in life."

The time came after the Iranian Revolution in 1979, when Najmieh and her husband fled to France, where Najmieh decided to follow her passion for cooking. With the help of her friends and neighbors, she wrote her first cookbook, Ma Cuisine d'Iran. In 1983, she and her husband emigrated to America and she wrote her first English-language cookbook, Food of Life, which encompasses ancient Persian and modern Iranian cuisines. It has been called "the definitive book on Iranian cooking."

Asia Society Texas Center welcomes Chef Najmieh in celebration of Nowruz, the Persian New Year, for a conversation about her journey from Iran to France and then the U.S., her career as a chef and writer, and what makes Iranian food unique and memorable.

Small plates of regional Iranian dishes will be served following the program. Food will be catered by Garson Restaurant based on a special menu curated by Chef Najmieh. Najmieh's cookbooks, including her latest, Cooking in Iran: Regional Recipes and Kitchen Secrets, will be available for purchase.

Najmieh Batmanglij, hailed as “The Grande Dame of Iranian Cooking” by The Washington Post, has spent the past 40 years cooking, traveling, and adapting authentic Persian recipes to tastes and techniques in the West. The 25th Anniversary Edition of her book Food of Life: Ancient Persian and Modern Iranian Cooking and Ceremonies was called “A classic cookbook made even better… Gorgeous expanded edition” by Russ Parsons in The Los Angeles Times. Her Silk Road Cooking: A Vegetarian Journey was selected as “One of the 10 best vegetarian cookbooks of 2004” by The New York Times, while her most recent book, Cooking in Iran: Regional Recipes and Kitchen Secrets, was selected as one of the 18 best cookbooks of Autumn 2018 by The New York Times, where Julia Moskin called it, "Magisterial... An engrossing visual feast of modern Iran… An essential new book”; and Evan Kleiman of KCRW Radio selected it as her “Cookbook of 2018.” Najmieh is a member of Les Dames d’Escoffier and lives between Washington, D.C., and Los Angeles, where she teaches Persian cooking, and consults with restaurants around the world.