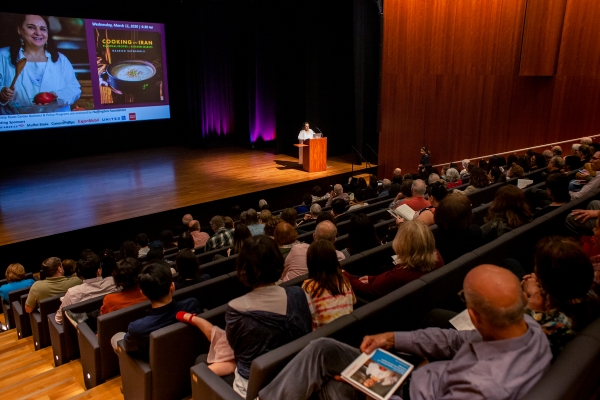 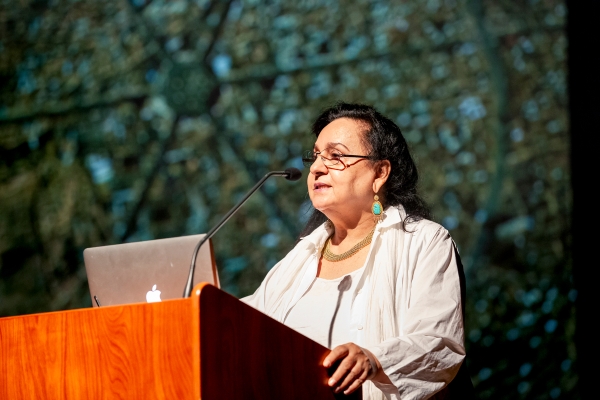 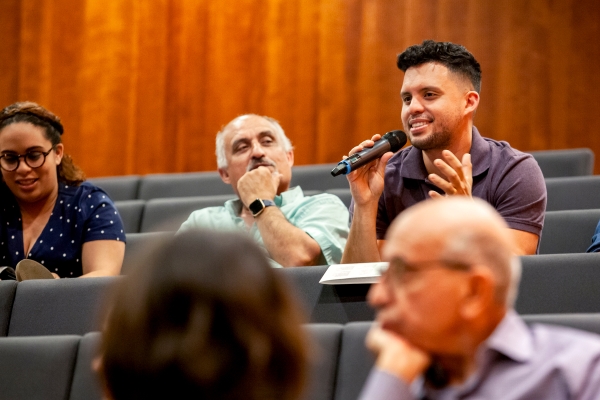 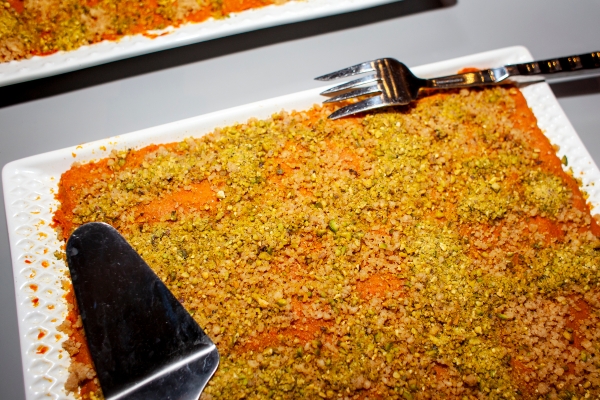 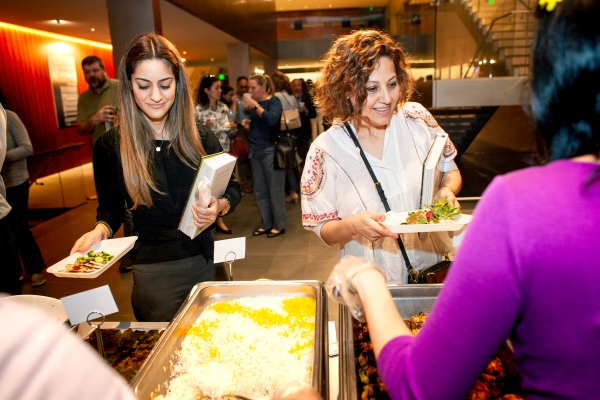 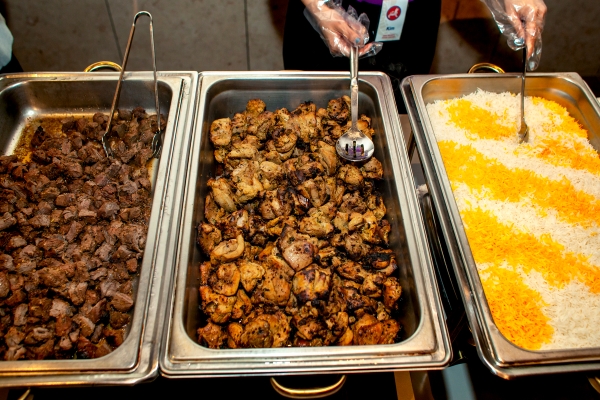 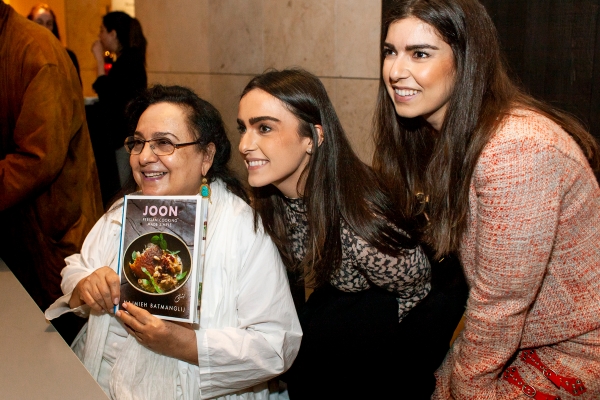 HOUSTON, March 26, 2020 — Earlier this month, Iranian chef Najmieh Batmanglij shared her personal story and culinary career at Asia Society Texas Center. With humor and warmth, she took about 150 guests on a journey through her life in Iran, France, and the U.S., and shared how later visits to Iran helped shape her understanding of different regional cuisines.

Hailed as “the grande dame of Iranian Cooking” by The Washington Post, Batmanglij has spent the past four decades adapting authentic Persian recipes to tastes and techniques in the West, penning award-winning cookbooks, and teaching Persian cooking. She was born and raised in Iran, where her mother originally told her to stay out of the kitchen and focus on her education. Batmanglij shared personal anecdotes from her youth in cosmopolitan Tehran and the influence of her mother’s cooking, before the revolution in 1979 forced her and her husband to flee to France.

There, Batmanglij published her first cookbook, Ma Cuisine D’Iran, a compilation of her mother’s recipes translated into French. But when she relocated to Washington, D.C., in the 1980s, Batmanglij explained how she and her husband Mohammad founded the independent press Mage Publishers in 1985 to publish future cookbooks, because no existing publisher would take content related to Iran.

Batmanglij then guided the audience through the tremendous diversity of regional cuisines in Iran. With the different climates and availability of ingredients, each region’s culinary traditions were their own; yet, Batmanglij noted that many regions shared common recipes or techniques, unbeknownst even to them. Her journeys throughout Iran, which took place over several years, were meticulously planned so she could spend time with restaurateurs and everyday people alike to learn their backgrounds, culinary histories, recipes, and techniques.

“Writing this book was politically, emotionally, and logistically daunting — but I did it,” Batmanglij said with a wide smile.