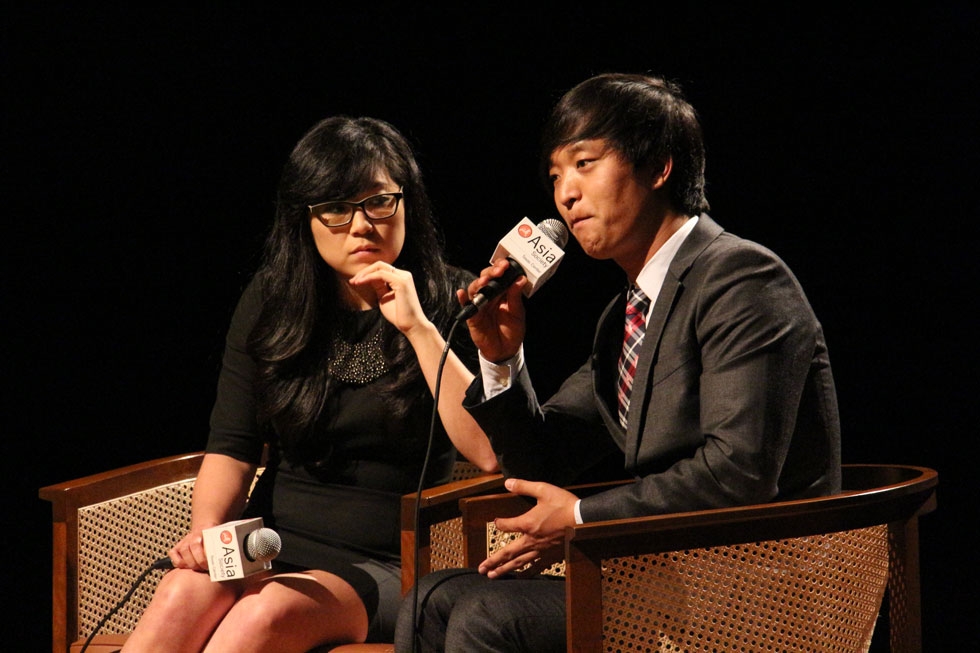 HOUSTON, April 23, 2013 — In 2005, on a bitterly cold March night, a North Korean teenager of gentle disposition but steely determination sprinted across the Tumen River separating his country from the People’s Republic of China.

Want drove 17-year-old Danny Lee on this dangerous journey—as it had his mother and thousands of his countrymen. North Korea was in a state of virtual economic collapse, with starvation a real threat, rendering life under a brutal regime even more difficult and prompting people to risk everything to escape. Not all journeys ended happily. Danny’s did. Eventually he landed in Southern California, where he lives today, a U.S. citizen studying for his GED, hoping to become a nurse and engaging in a new-found passion for photography.

Danny from North Korea, a half-hour documentary chronicling his life, received a warm response from an audience of more than 200 at Asia Society Texas Center, which screened the film in partnership with the Consulate of the Republic of Korea and Liberty in North Korea (LiNK), the grassroots organization that midwifed Danny’s move from China to the United States and produced the documentary. After the screening Danny and Hannah Song, president and CEO of LiNK, took questions from the audience.

Mixing animation with footage of Danny in the West and interviews with his mother, who now lives in South Korea, the film gives Americans a better sense of North Koreans as individuals rather than as anonymous members of an undifferentiated mass. Danny, his mother, and his beloved grandmother—his father had left the family years before—lived in the region abutting the border with China. North Koreans there frequently sneaked into China to work, sneaking back to see their families. It was a way of life fraught with peril and fear. If caught in China illegally, they might be deported back to North Korea, where they could face prison, forced labor, even execution.

Danny’s mother had made several successful forays into northeastern China, but in November 2004 she left and failed to return. After five months, Danny took off to find her, telling his grandmother that he would be gone only a week or so. He never saw his grandmother again—she died about two months after he left. In the most affecting scene in the film, Danny offers a tearful apology to the woman who had virtually raised him.

Danny found his mother, but like other North Koreans illegally in China they had to live in virtual hiding, marginally employed. Danny ended up in a LiNK-run shelter. The organization helped him immigrate to the United States in 2007.

In her remarks Song noted that the recent change in regime leadership in both China and North Korea has resulted in a tightening of security on the border. The number of North Koreans escaping to South Korea is down 50 percent in the last year and a half, she said.

Danny, speaking softly in halting English, a swoosh of dark hair covering his forehead, told the Texas Center audience that by sharing his story he hopes Americans will gain a clearer understanding of North Koreans as people desiring to live in peace with their families.