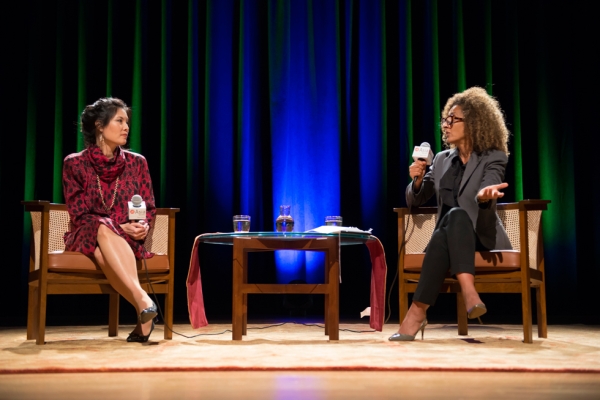 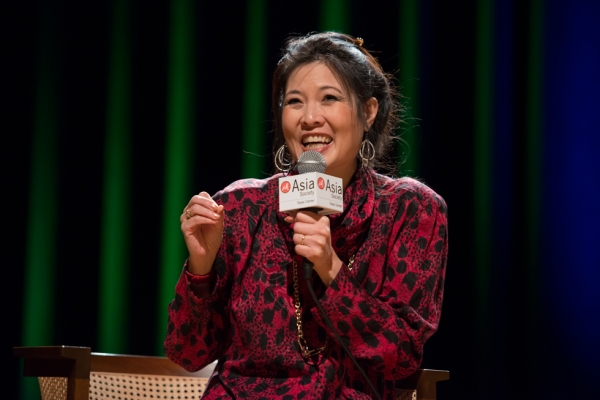 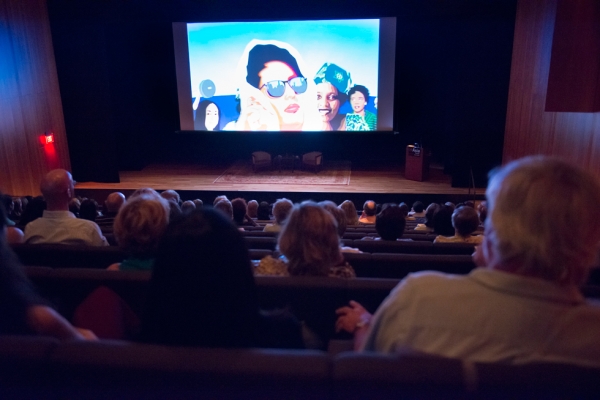 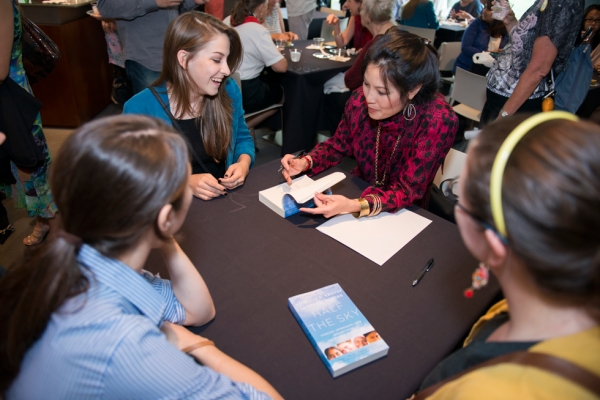 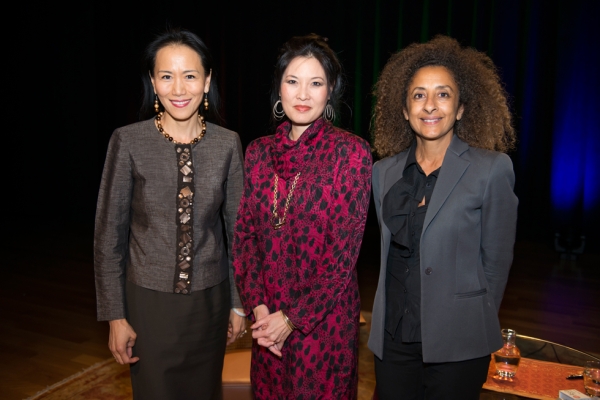 HOUSTON, September 17, 2012 — Sheryl WuDunn, business executive, entrepreneur, best-selling author, and the first Asian-American to win a Pulitzer Prize, recently spoke at an event co-hosted by Asia Society Texas Center and HoustonPBS previewing the documentary series based on the best-selling book Half the Sky.

The series, which aired October 1 and 2, speaks to a number of horrifically brutal injustices faced by women in the developing world as chronicled in the book WuDunn co-authored with her husband Nicholas Kristof.

WuDunn remarked that the stories are evidence that the Chinese proverb “Women hold up half the sky” is still “mostly an aspiration as, in over half the globe, girls are uneducated and women marginalized.”

The solution WuDunn promotes lies in education. “The most effective way to fight global poverty and extremism is to invest in women.” She also offered China as [a] role model for the developing world. “What China did was, in addition to allowing women to work, set the groundwork for education, which leads to industrialization. Then there is real promise.”

WuDunn hopes the Half the Sky initiatives “help educate people about these issues and then prompt them to care enough to join a small movement…to actually try and bring about a change in attitudes.” She reminds, “It takes a movement to bring about real change."

Watch the complete video of the conversation with Sheryl WuDunn facilitated by Dr. Dina Alsowayel below.