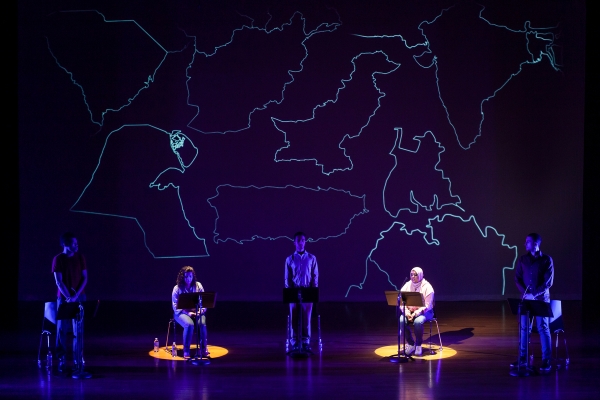 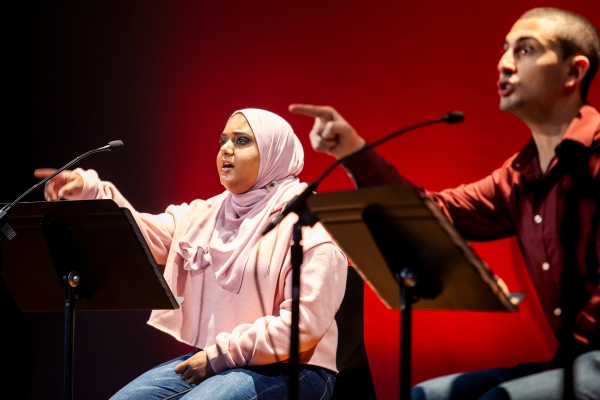 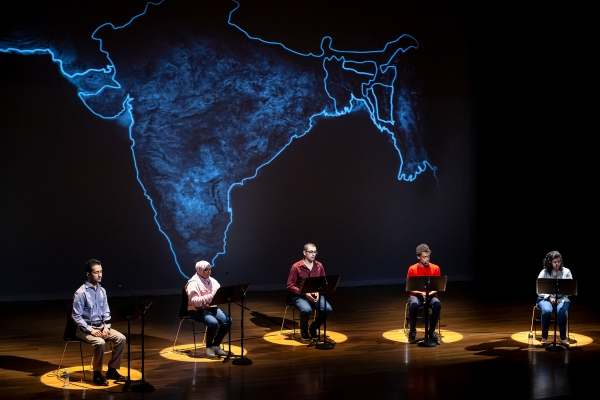 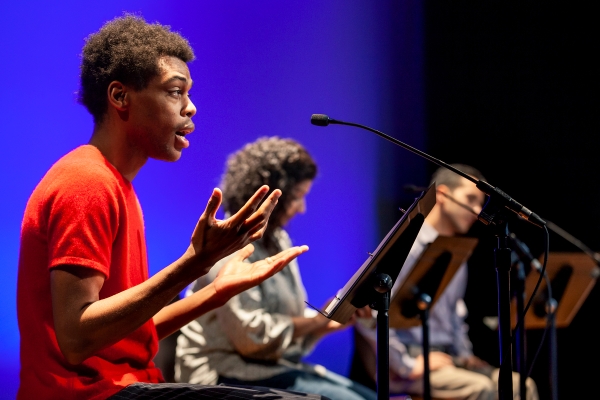 HOUSTON, April 9, 2019 — Asia Society Texas Center was pleased to present Beyond Sacred: Voices of Muslim Identity for two performances in partnership with Ping Chong + Company. The production amplifies the voices of five exceptional young individuals, highlighting their personal experiences growing up as Muslim Americans in a post-9/11 society.

Written by National Medal of Arts recipient Ping Chong along with Sara Zatz and Ryan Conarro, the piece was developed as part of the Company’s Undesirable Elements series. Rewritten at several points to reflect the evolving cultural and political landscape, it has been crafted around the stories of the five individuals onstage: Tiffany Yasmin Hosein, Ferdous Dehqan, Kadin Herring, Amir Khafagy, and Maha Syed, whose stories illuminate several of the many cultures represented within Islam and how those cultures come together to form a part of the American landscape.

Following each night’s performance, the audience enjoyed a glimpse into the creative process as the performers were joined onstage by Ping Chong + Company’s Executive Director Bruce Allardice for a post-performance discussion. The conversation allowed the cast to dive deeper into some of the stories that most resonated with the audience, as well as describe the experience of sharing such personal stories with varied audiences across the United States over the last four years of touring with the work.

The performances were the second installment in Asia Society's new Muslim Series, which seeks to explore the artistic talents and stories of American Muslims to inspire our community to better understand one another