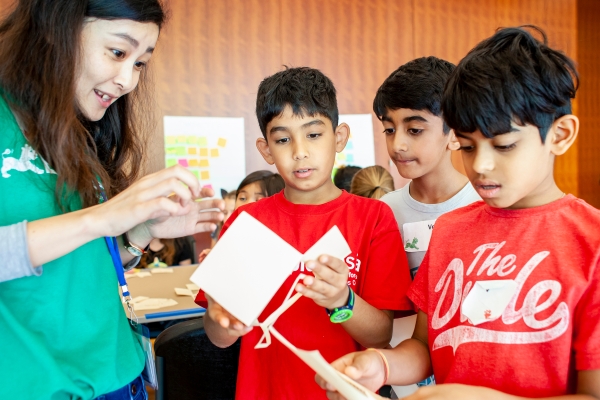 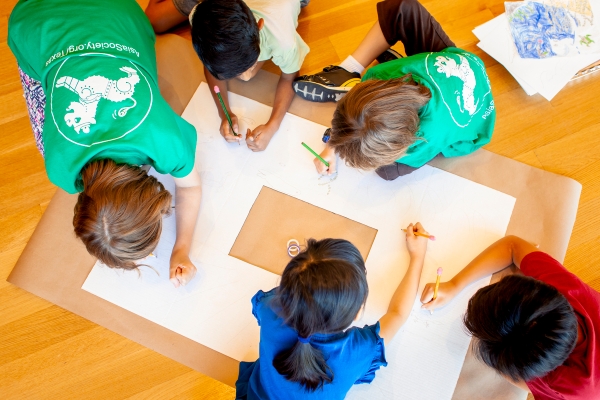 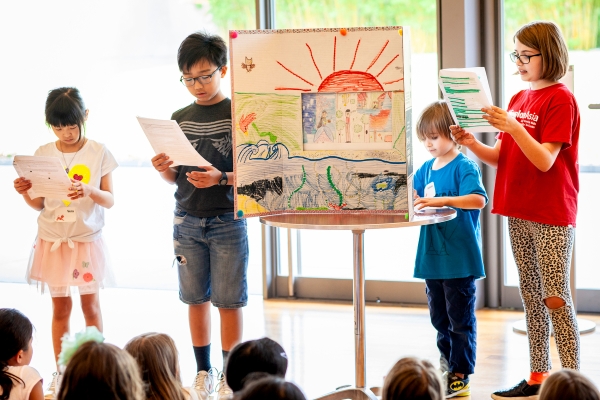 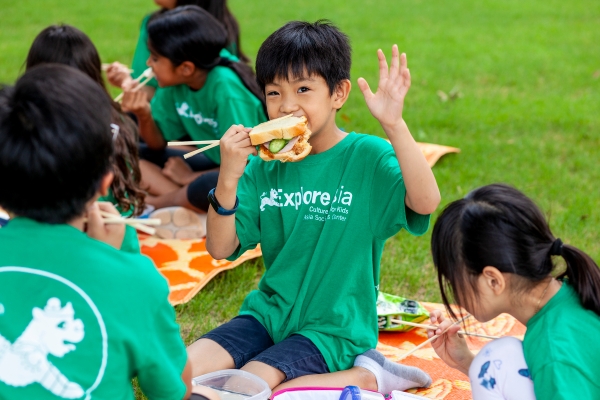 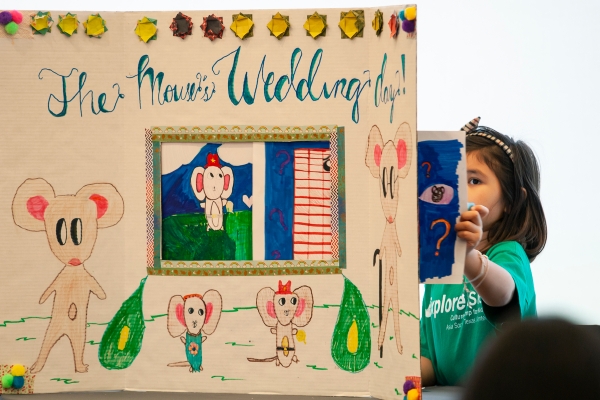 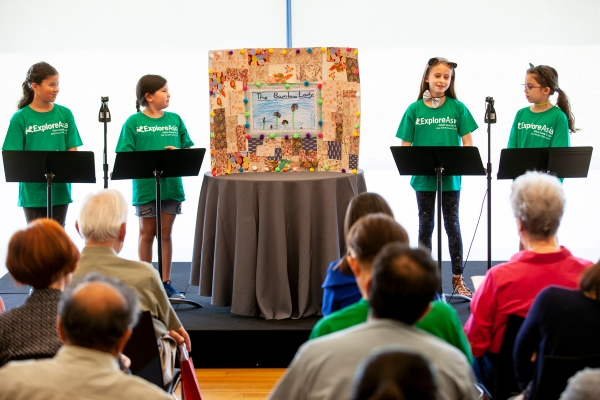 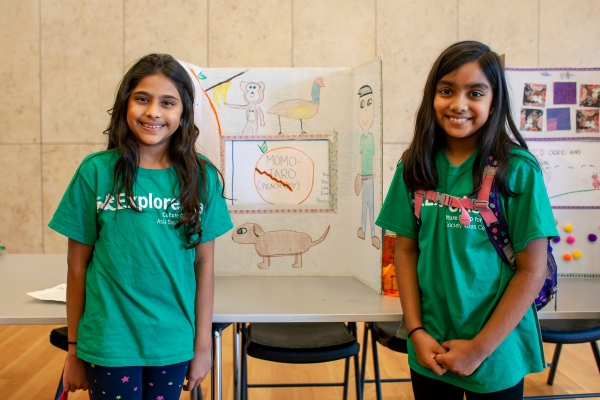 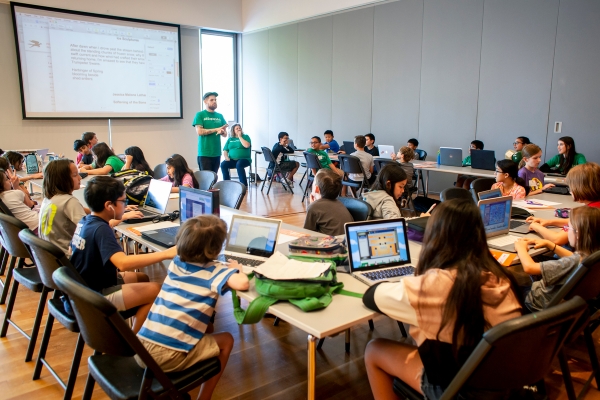 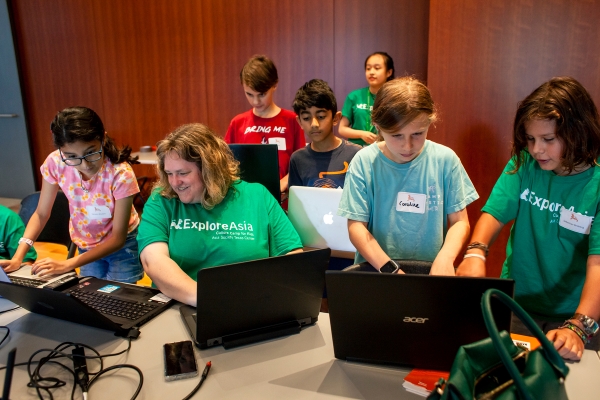 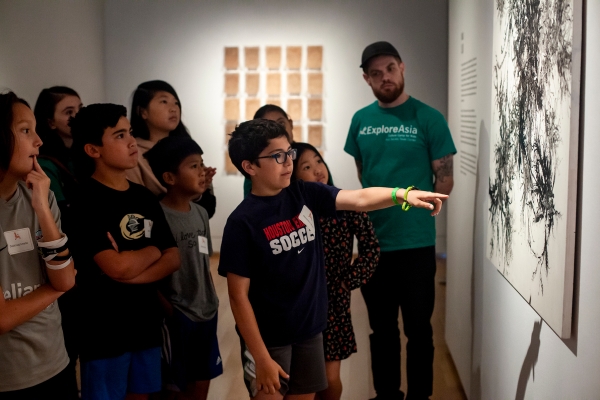 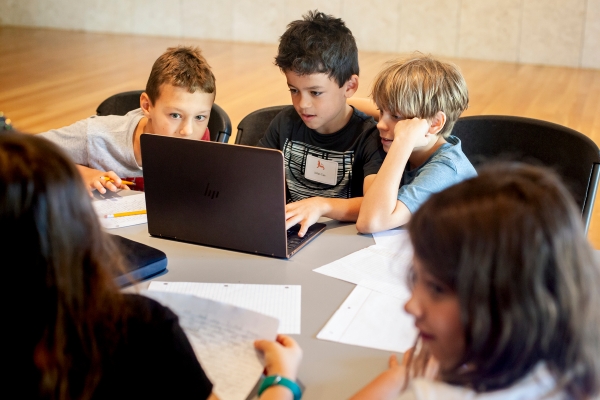 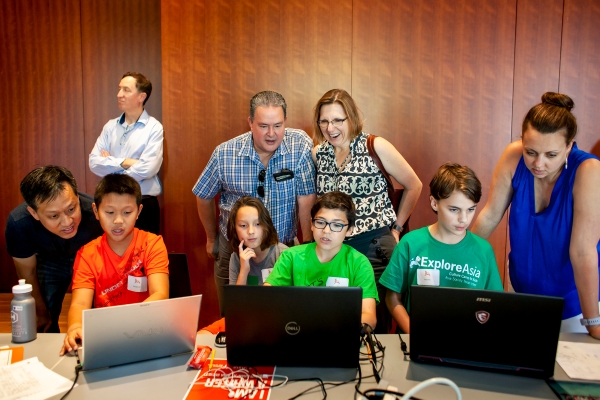 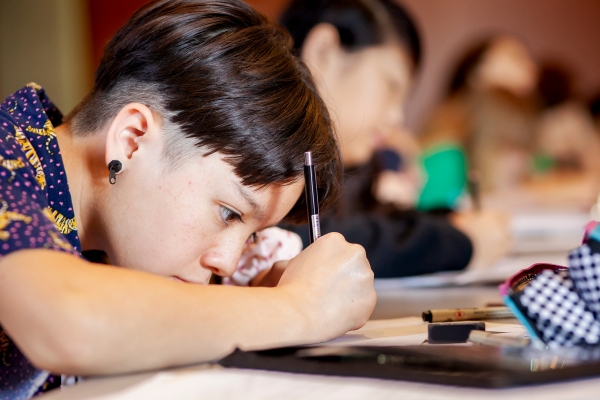 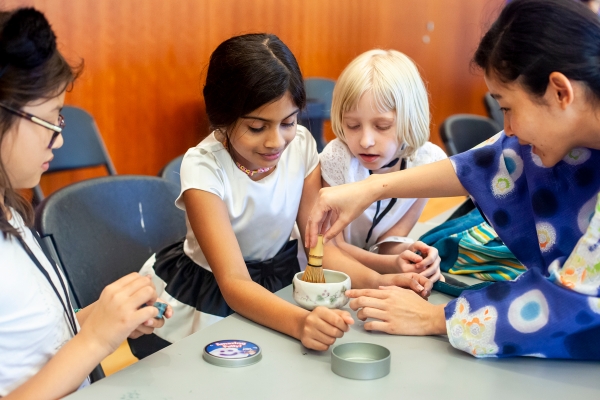 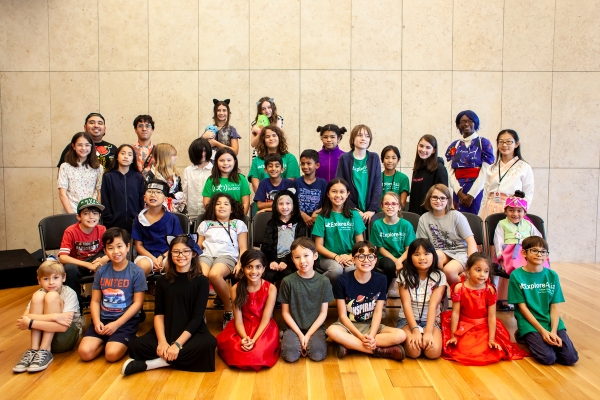 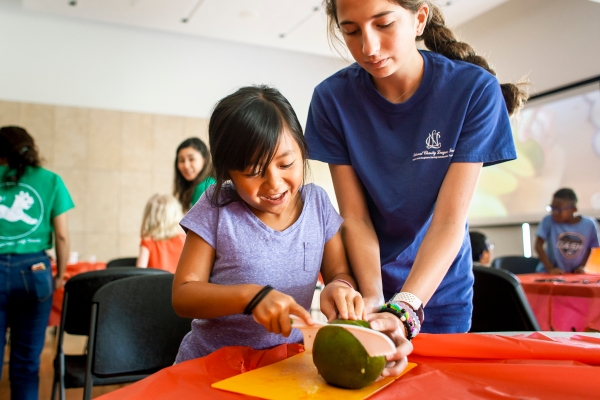 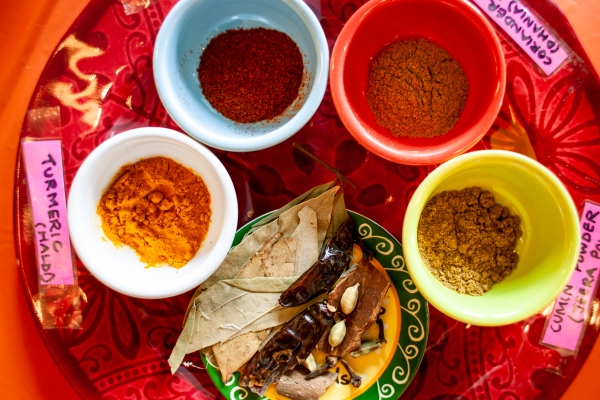 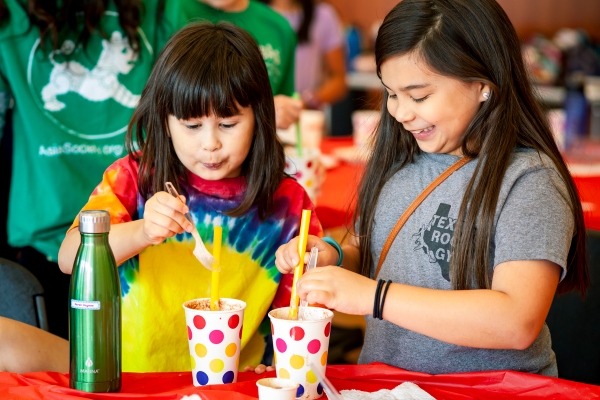 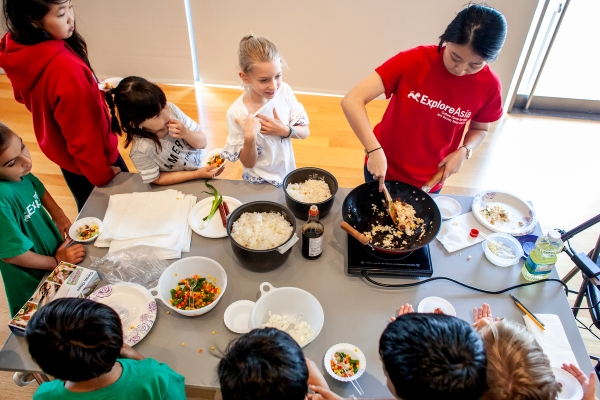 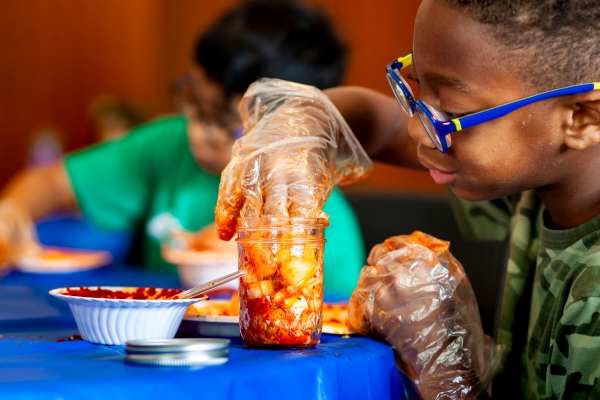 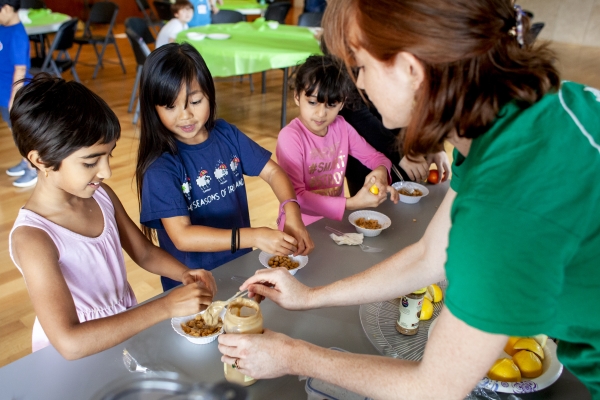 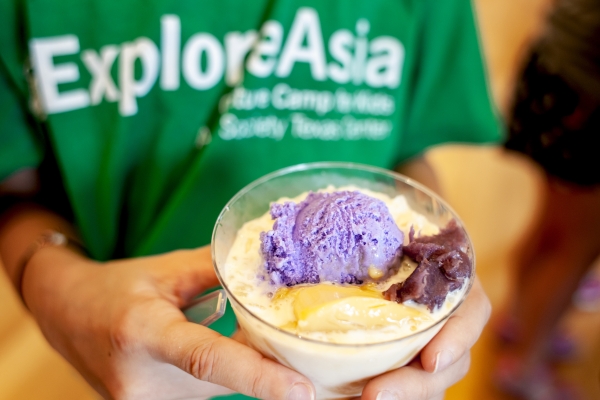 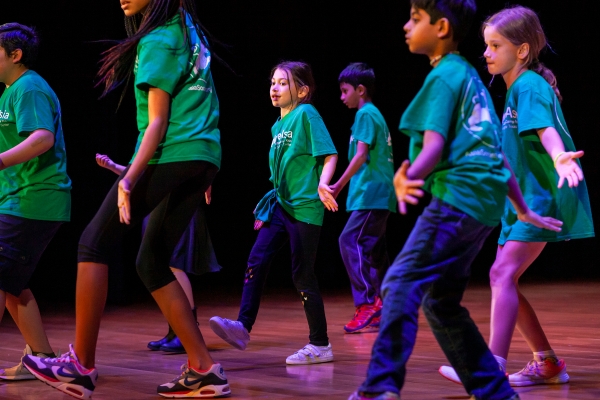 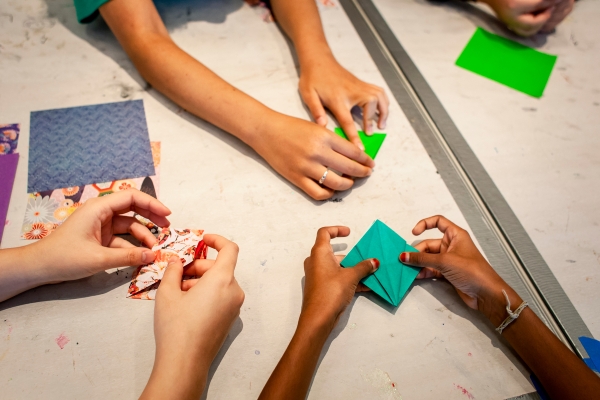 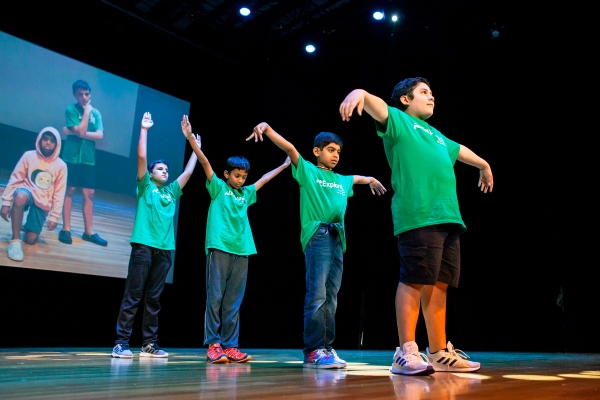 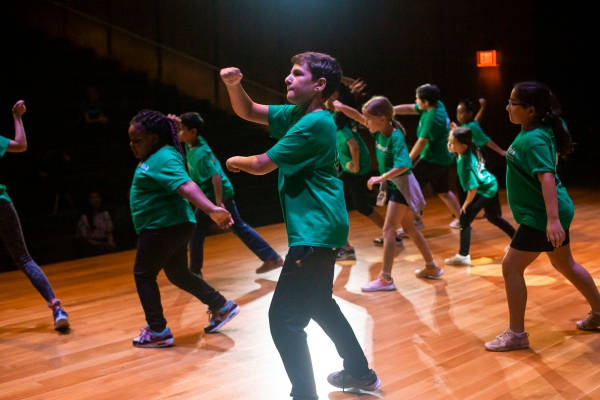 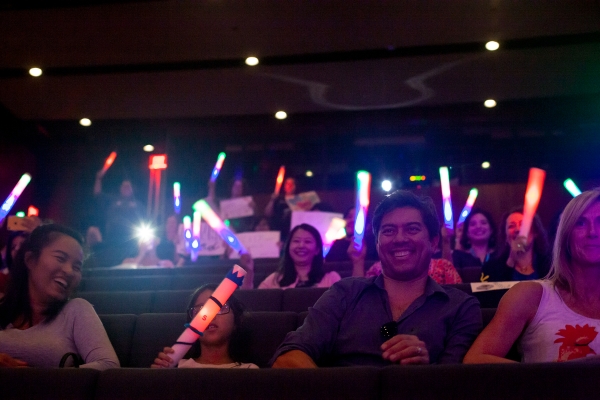 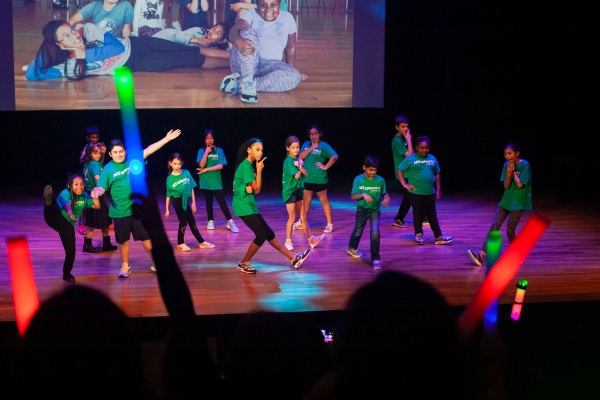 From June through August, campers were immersed in a rich diversity of experiences showcasing many Asian cultures, and learned how these cultures have contributed to our global society. Each week culminated in fun, final presentations that showed the breadth and depth of all that the campers had learned.

Campers spent the summer's first ExploreAsia Camp learning the Japanese art of Kamishibai. After learning about this unique storytelling format from the Consulate-General of Japan in Houston, the campers split into groups to design and draw a series of slides, then built their own butai frames. Featuring tales like The Bamboo Lady and Peach Boy, the final performances on Friday allowed all of their friends and family to see the campers' hard work up-close with an intimate storytelling session in the Education Center.

During our Video Game Maker with Writers in the Schools (WITS) Digital Camp, Kathryn Peterson and Bill Moran from Writers in the Schools led campers in writing and creating their own stories and poems while learning about traditional stories and tradition from Asia. Campers explored our art galleries, studied haiku, and shared their writing in poetry slams. Campers also learned how to tell stories through the medium of video games and transferred their written works to the world of games, thinking about how avatars, text boxes, challenges, and conflicts can make for fun, engaging games. At the closing Game Jam, they presented their finished stories and video games.

Working with instructors Luis Pruneda, Nina Shimaguchi, and Nia Dixon at our Manga Pop! camp session, campers studied how manga comics are created, learned how to draw and create characters, engaged in activities to learn more about Japanese culture, and crafted stories for finished comics. Each day, campers learned about cultural traditions form Japan, including tea ceremony, calligraphy, and school life. Throughout the week, these up-and-coming young artists created their own manga-style comic that they displayed at a camp ComicCon on Friday, telling 32 stories in a comic book that every camper took home.

"Amazing job! My son wants to do this camp again next year!"

"My daughter loved this camp! I feel like she was able to thrive in a creative and diverse environment."

View some of the campers' work below: