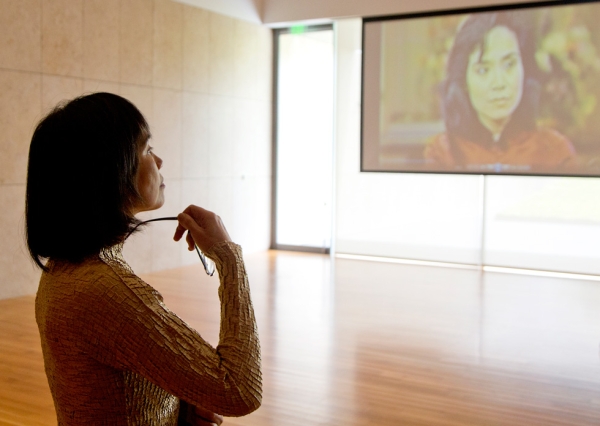 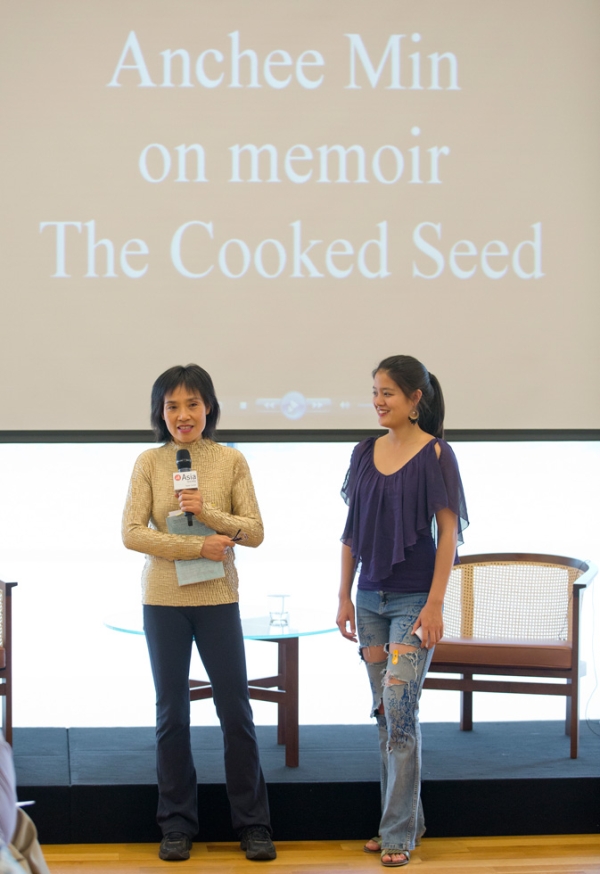 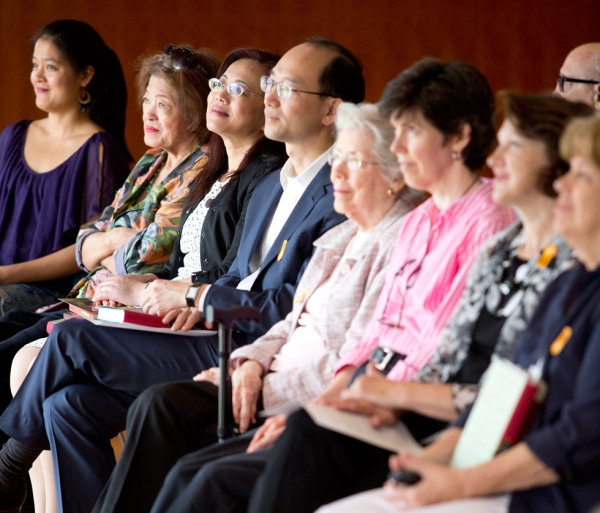 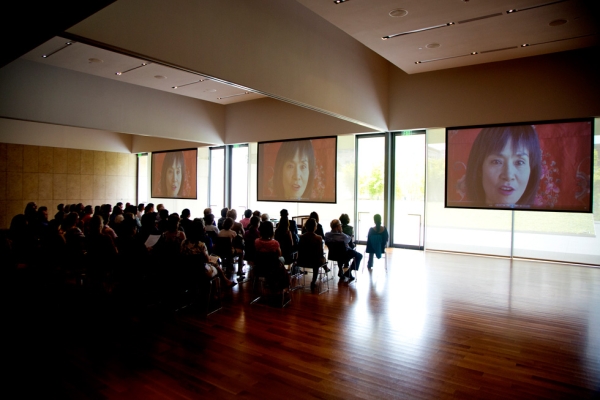 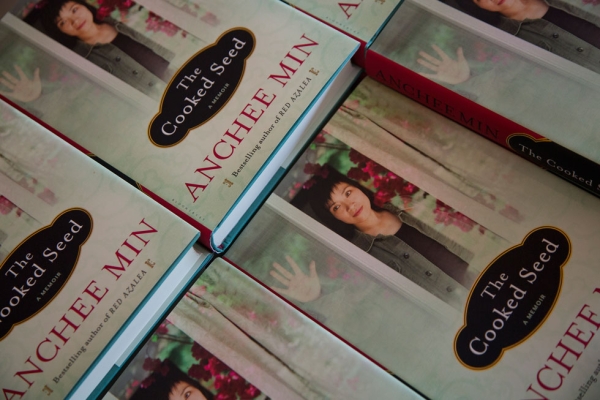 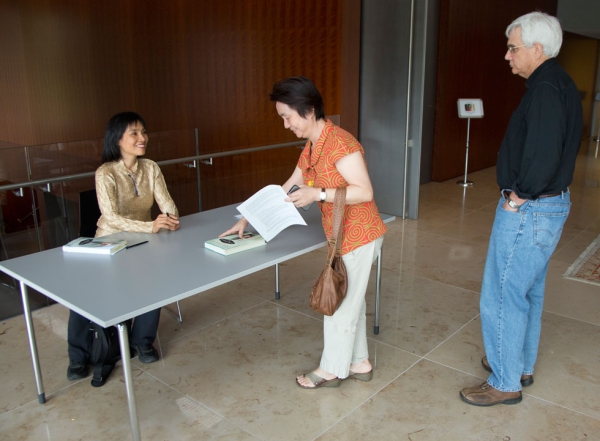 HOUSTON, June 23, 2013 — Anchee Min has lived in this country for nearly three decades, having arrived from China penniless and knowing no English. “I was born in China, but I discovered myself in America,” she told an Asia Society Texas Center audience. Still, one thing will always distinguish her from her adopted countrymen. Unlike for most Americans, she said, her past is never past.

Transmuting that past into literature has made Min arguably the most popular Chinese-American novelist in the United States. She is the author of six novels, including The Last Empress and Becoming Madame Mao, and Red Azalea, a memoir of her girlhood during the Cultural Revolution. Her recently released The Cooked Seed: A Memoir chronicles her life in this country, including her two marriages, motherhood, and her struggles to be a writer.

To discuss The Cooked Seed Min was joined onstage by a key figure in the memoir, Lauryann Jiang, her multitalented daughter, a Stanford University junior whose upbringing by the strong-willed Min included ballet lessons, competitive pole vaulting, and learning how to hang drywall. Brief video vignettes during Min’s talk also illustrated her daughter’s natural gifts, including an original composition the self-taught pianist wrote for her mother.

Min, who was plucked from an agricultural labor camp in 1976 to be trained as an actress at the Shanghai Film Studio, brought a flair for performance to her book talk, combining readings from The Cooked Seed with short film clips, several focusing on the life lessons she wanted to bequeath to Jiang.

Two themes wound through the presentation. One was the second-class status of women in Chinese culture and Min’s fight to achieve a sense of self-worth. In a film clip provocatively titled “Why I Didn’t Want a Daughter” she lamented the greater value placed on boy babies over girl babies in China. Jiang commented, “She cried because she wanted to protect me from the struggles she saw ahead of me.”

Min’s determination to prepare her daughter for a sometimes harsh, unfair world could make for unorthodox parenting strategies, including a birthday outing not to Disneyland but to Home Depot so the girl could learn to use a table saw. Jiang took the microphone to emphasize that she had a happy childhood and “knew my mother really cared about me.”

Min also talked about her goals as a writer, chief of which is to better explain China to Americans.

“The best way I can repay America is to help Americans understand China as I see it,” she said. The two countries are destined to be both partners and rivals in coming decades, and “the best way to know where China is going is to learn where China is coming from.”

In her fiction, which often turns on historical figures such as “last empress” Tsu Hsi, Madame Mao Zedong, and novelist Pearl Buck, she tries to combine solid history with entertaining, engaging storytelling, she said. Early in her career she studied Gone With the Wind, among other popular novels, to get a sense of what American readers liked.

Her hope is that her China-informed perspectives can enlarge and enrich the storehouse of American writing.