'Madhyahana,' or Music for the Afternoon | Asia Society Skip to main content

'Madhyahana,' or Music for the Afternoon 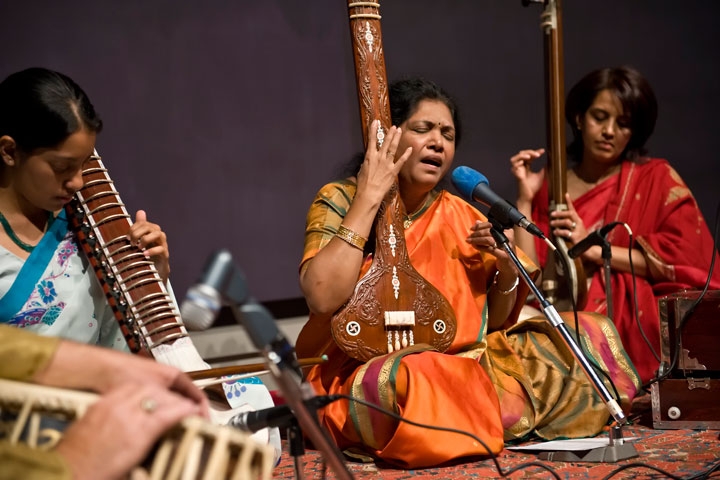 An audience of more than 150 was on hand for the performance, which took place beneath the towering black-canvas paintings by American master Mark Rothko that line the walls of the small non-denominational Chapel. Asia Society Texas Center sponsored the event in conjunction with Rothko Chapel and The Menil Collection.

Courtney, a tabla player, treated the concert as a teaching experience as well as a performance, stopping to describe the instruments and to explain how classical Indian music differs from Western music. The term "rag," he said, is linked to the Sanskrit "ranj," which means "to color." The mind of the listener is thus "like a blank canvas on which the artist will paint."  Traditionally ragas have been associated with particular times of the day; Courtney chose work evocative of the late afternoon.