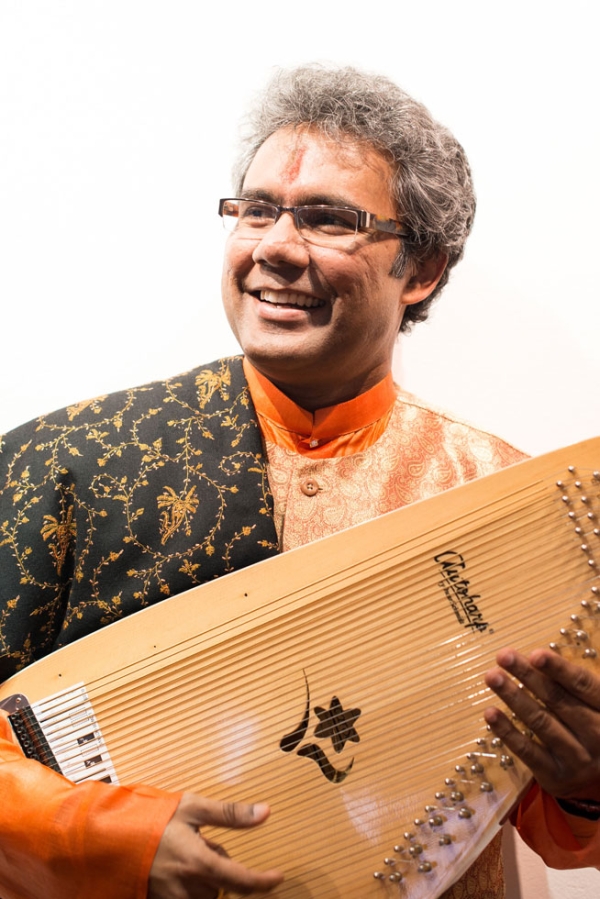 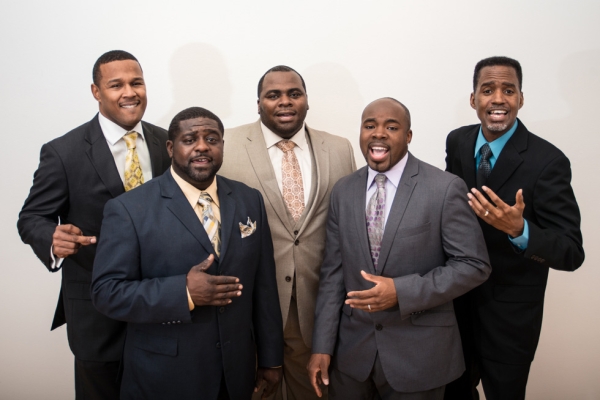 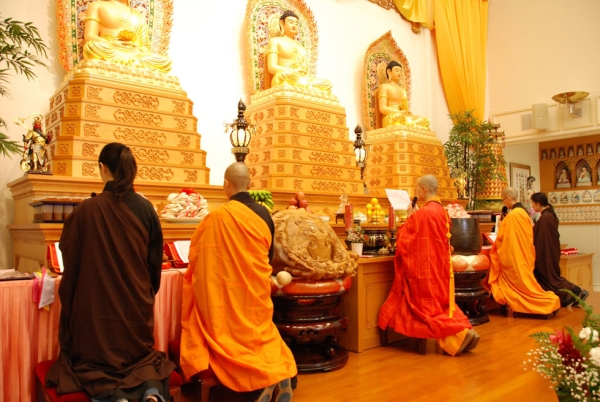 HOUSTON, January 7, 2014 — Houston is a remarkably diverse city — and in no domain of city life is that diversity more apparent than in its faith communities. Many communities in the city have created a sense of home for themselves through membership in churches, mosques, temples and the like. It is not surprising, then, that most of these communities have fostered rich sacred music traditions.

For three years, Houston Arts Alliance’s Folklife + Traditional Arts Program has organized a concert featuring a selection of these traditions entitled Voices of the Spirit. Asia Society Texas Center’s spectacular Brown Foundation Performing Arts Theater will be the site of the fourth iteration of this immensely popular presentation. As with all years preceding, the 2014 Voices of the Spirit line-up will share an entirely unique group of musical traditions from years past.

Performances are at 7:30 pm on Saturday, February 8, and 3:00 pm on Sunday, February 9, 2014. Both performances will feature the same program. This fourth year concert will begin with praise and chanting from the Buddhist nuns of Chung Mei Temple in Stafford, followed by a cappella gospel by The Soul Influence, and Hindustani melodic modes by Pandit Suman Ghosh. Whether through chant, intoned praise, syncopated four-part harmonies, or devotional ragas, each tradition voices its unique spirituality through a distinctive musical style with a long history.

Voices of the Spirit IV is made possible by the generosity of the National Endowment for the Arts, Houston Endowment Inc. and Bill and Sara Morgan.

Tickets for the general public are $10, and $5 for HAA and Asia Society Members. Seniors/Students may purchase $5 tickets, which will be available at the door with valid ID. To purchase tickets, visit AsiaSociety.org/Texas.

Pandit Suman Ghosh
As a senior disciple of the renowned Padma-Vibhushan Pandit Jasraj-ji, Pandit Suman Ghosh is an especially noted flagbearer of the school of Hindustani music known as Mewati Gharana. Now a seasoned and celebrated vocalist and musician, Pandit Ghosh is a third generation musician who began his involvement with music at the age of seven under the guidance of his mother. He continued to study with other well-known teachers and graduated eventually to work with the living legend of Indian music, Pandit Jasraj-ji, who transformed him into a full-fledged performing musician. As a result, Pandit Ghosh has performed throughout the U.S., India, and across the globe, sharing the rich musical traditions of Mewati Gharana style worldwide.

Now a resident of Houston, Pandit Ghosh has also carried on the tradition by serving as a teacher to many young musicians in the Houston area and beyond, and by founding the Center for Indian Classical Music Institute of Houston. The music he performs and teaches is associated with Northern India and has always contained a strong devotional component identified with the Hindu religion, but its roots combine several musical elements, including the Vedic chants, ancient Persian music, and various folk traditions prevalent in the north of India.

The Soul Influence
The Soul Influence is a five-man African-American a cappella gospel quartet who perform everything from what is known in the Black church as “The Old One Hundreds” to more contemporary Christian vocal music. They maintain a style, based on four-part harmony (thus, the term quartet — when this group, like most, is comprised of five members), which is seldom heard these days, in church or out. In fact, their style is likely familiar to most listeners as comparable to doo-wop, an early form of rhythm and blues music that emerged in the 1940's and gained widespread popularity in the 1950’s and 60’s. However, it was the gospel quartet tradition itself that actually gave rise to doo-wop, rather than the other way around.

Performing together as an ensemble for close to 15 years, all members of The Soul Influence belong to Church of Christ congregations, which have traditionally disallowed the use of musical instruments in the worship service. Hence, the group’s a cappella singing, and choice to do so in an older style, is enriched by this connection. They perform regularly in special church programs throughout Houston, keeping the rich repertoire and distinctively-syncopated style of this vocal music vital and dynamic.

Chung Mei Buddhist Temple
The members of Chung Mei Buddhist Temple, both the Venerables who conduct the dharma services there and the Adepts who assist them, are followers of Fo Guang Shan and the International Buddhist Progress Society, founded by the Venerable Master Hsing Yun. The temple was established in Stafford in 2001 and is home base to a small but energetic group of Buddhist nuns, referred to as Venerables. The Venerables lead the dharma services utilizing intoned praise and chanting as central to the worship activities of the congregation. They instruct key members of the congregation in the use of traditional liturgical instruments such as the gong, hand cymbals, drums, and other percussion to accompany this aspect of Buddhist practice. As part of his teachings and from his earliest years, the Venerable Master Hsing Yun stressed the significance of these sacred items and their sound, and the role they can play in transforming contemporary Buddhism. In fact, his second book-length publication, now available in English as Bells, Gongs and Wooden Fish: Voices for Buddhist Change, uses personifications of the different sacred instruments to describe and assess Chinese Buddhism in the mid twentieth century.

Houston Arts Alliance (HAA) is a nonprofit agency established by the City of Houston to enhance the quality of life and tourism by advancing the arts in the Houston region. HAA invests in and nurtures Houston’s thriving creative community by providing more than 225 grants to nonprofit arts organizations and individual artists each year, commissioning the work of artists for public spaces, managing the city’s art collection, showcasing Houston’s rich folklife traditions, cultivating skill-based volunteers, and empowering arts organizations to become sustainable and reach new audiences through business incubation and other services. For information on Houston-area arts and culture events, visit HAA’s online resource at Artshound.com. For more information on HAA, visit HoustonArtsAlliance.com.

Houston Arts Alliance Folklife + Traditional Arts Program focuses on promoting and presenting the lively cultural traditions of the nation’s fourth largest city. The program works in diverse neighborhoods and communities to explore and highlight the contemporary traditions that make Houston one of the most vibrant urban landscapes in the United States. Program goals include research, documentation, and public projects that explore the wide variety of established and emerging cultural communities that come together in the greater Houston area.

Asia Society Texas Center is part of a leading global educational organization dedicated to promoting mutual understanding and strengthening partnerships among peoples, leaders and institutions of Asia and the United States in a global context. Across the fields of arts, business, culture, education and policy, Asia Society Texas Center provides insight, generates ideas, and promotes collaboration to connect Americans and Asians for a shared future.