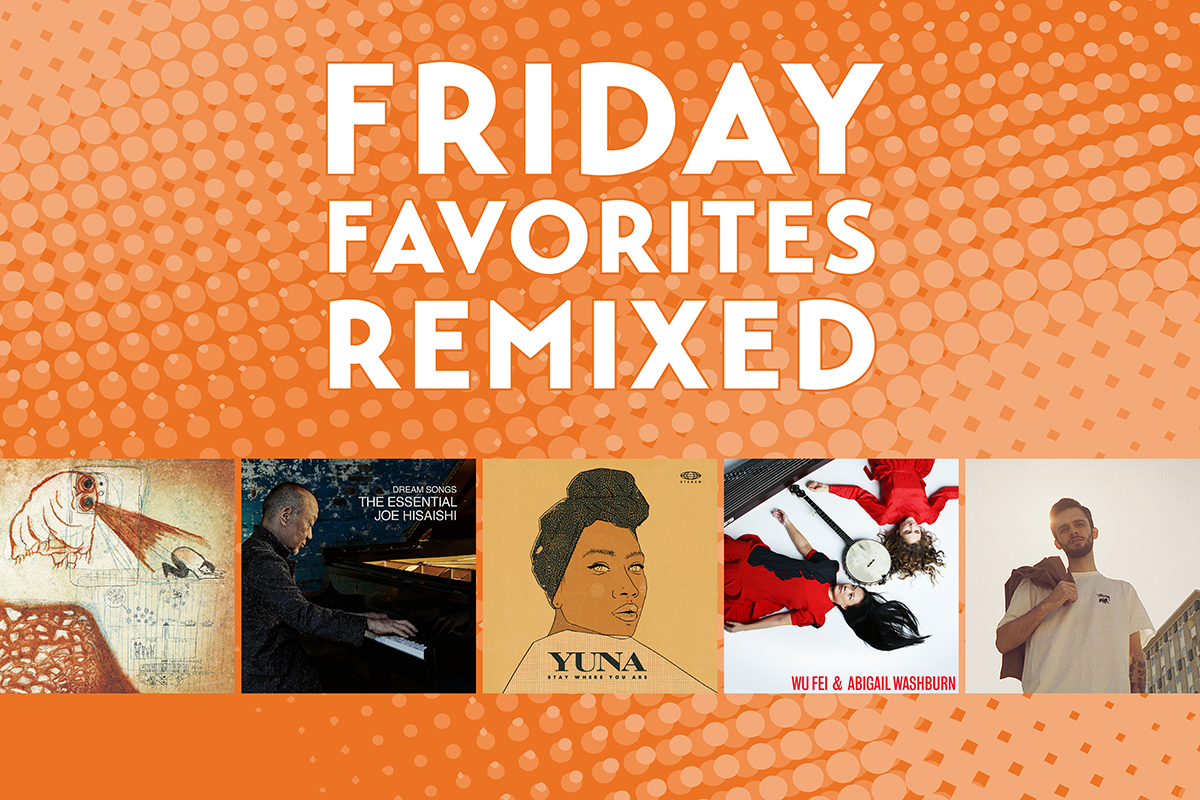 Discover your newest binge and get to know our staff a little better with the Asia Society Texas Center team's favorite ways to stay entertained indoors! In each post we’ll share with you our picks for what to read, watch, listen to, and more.

Our Friday Favorites: Remixed series looks back at the dozens of suggestions our staff have made over the last few months, collecting them by theme and adding a couple new suggestions to help you find exactly what you most want to nerd out to!

This week’s remix highlights the musicians and bands we’ve recommended so far who have released new music since the beginning of the call to shelter-in-place. Whether originally planned to release during these months or a product of the artists’ creativity in an unexpected situation, there has been a lot of new work to explore.

Song: "Stay Where You Are" by Yuna

Mid-May, Yuna released a new song recorded at home titled "Stay Where You Are," in which she reflects on taking time for herself and what it means to be apart from her loved ones. The artist is creating a video for the project featuring clips from fans. You can see a sample of the video and submit your own contribution on her website: https://yunamusic.com/

"Yuna's music is smooth and catchy. She released Rouge mid-2019, and it is a great afternoon listen with indie pop and R&B vibes — and her collaborators come from all over the world. A highlight for me is the song (and video) for 'Castaway.' She has also been going live with quirky short clips during shelter in place!"

Find it on: Yuna's website: "Stay Where You Are" | Rouge

DJ Zag Erlat has continued to release new videos every week over the last couple of months under the moniker My Analog Journal, not just in his Coffee Break Sessions but also in Guest Mixes featuring other DJs and a new series called Sunday Brunch Sessions, which has largely been focusing on Turkish music.

"Zag Erlat's Coffee Break Sessions are 30 minutes of pure vinyl grooves. The sessions have a variety of different themes ranging from Bollywood grooves to Japanese '70s funk. Great to zone out to — I always find myself bopping my head to the beats. My favorite is 'CBS: Japanese Drama Funk & OST vinyl set.'"

"A new Smithsonian Folkways recording with the collaborative duo that showcases the similarity of folk music through two very different cultures. It simultaneously connects me to my present work and reminds me of home, growing up in the bluegrass hills of Kentucky."

Find it on: Smithsonian Folkways Recording

Video: "Phenom" by Thao & the Get Down Stay Down

Early in the shelter-in-place order and shortly after we published Alauna's original recommendation, Thao & the Get Down Stay Down released a music video for "Phenom," their new single from 2020 release Temple. The video was shot over Zoom in a single take, and despite the complex coordination involved, took only a week to produce.

A Man Alive was recommended by Alauna Rubin, Production Manager

"I would recommend the album A Man Alive by Thao & the Get Down Stay Down — super groovy rocking indie folk. Their new album, Temple, is coming out in May and the single they just released is a great place to start."

Find it on: Spotify: A Man Alive | Temple

Album: Not Our First Goat Rodeo

We are eagerly looking forward to the upcoming album reuniting Yo-Yo Ma, Stuart Duncan, Edgar Meyer, and Chris Thile for a follow-up to 2011's groundbreaking The Goat Rodeo Sessions. Not Our First Goat Rodeo is due to be released on June 19, and the group has released three songs in the last few months that you can preview on various platforms.

This collaboration was recommended by Janine Mae Arostique, Development Manager, in her Deep Dive

"This collaboration between Yo-Yo Ma, Edgar Meyer, Chris Tihle, and Stuart Duncan is a match made in heaven. It's neither completely classical nor bluegrass, but something we all needed."

Find it on: Not Our First Goat Rodeo

Deerhoof's newest album, Future Teenage Cage Artists, is now available to listen to on various platforms. But you can also sample the album through the official lyric video for the album's eponymous first single, which was released in late March.

"Deerhoof's new album Future Teenage Cage Artists is coming out on May 29 and I'm super excited to hear it. They've released two songs from the album as singles already and they sound wild. I'm a sucker for cool sounds, and Deerhoof has consistently released music that takes sonic risks."

Find it on: Joyful Noise Recordings

In the last couple of months, composer Joe Hisaishi has released several animated music videos for pieces in his album Dream Songs, including this video for Nostalgia and another called World Dreams. This album as a whole is a great introduction to the composer as it features many of his most memorable pieces from film, but expands to other works beyond that.

"I listen to Joe Hisaishi's music in the mornings. He's the composer for most of the music in the Studio Ghibli films and other movies. I find his style nostalgic and I particularly like the Princess Mononoke and Howl's Moving Castle soundtracks." 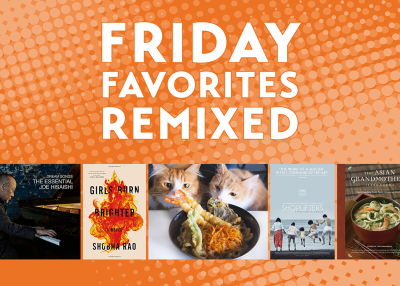 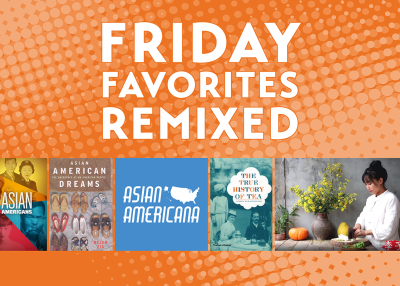 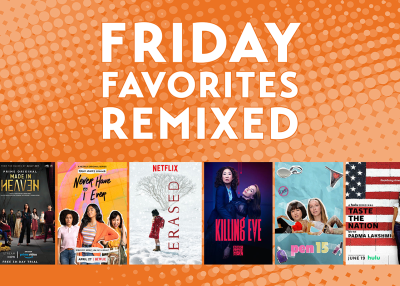 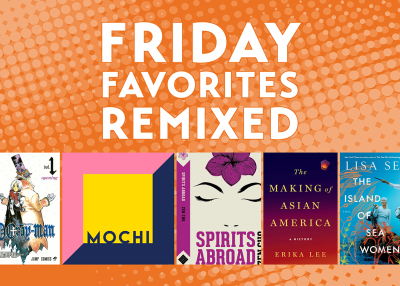 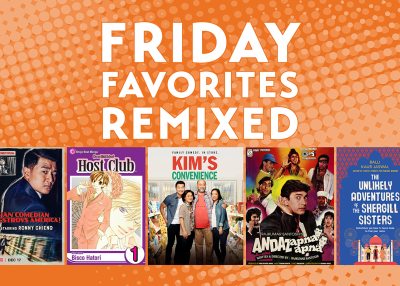 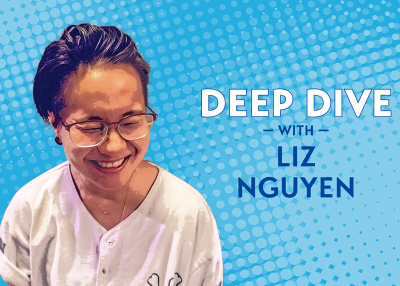 Soup is the ultimate comfort dish, and in this week's Deep Dive, Production Technician Liz Nguyen serves up a hearty menu of recommendations for different soups and stews to try — and where in Houston to taste them.