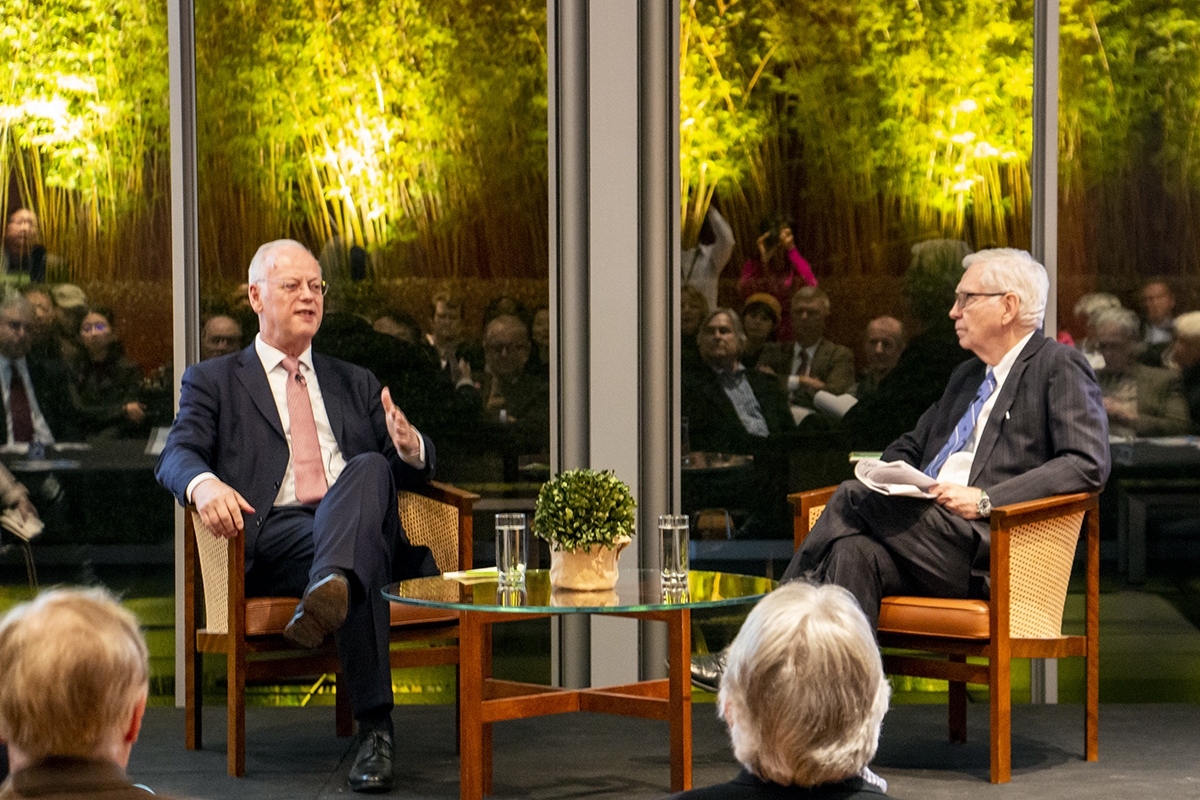 HOUSTON, November 21, 2019 — Germany’s former Federal Minister of Defense Rudolf Scharping spoke at Asia Society Texas Center (ASTC) regarding the European perspective on current U.S.–China tensions. In conversation with moderator Charles Foster, longtime ASTC board chair and current board member, Scharping was frank in his assessment of the two nations’ importance to the global order and global economy.

The crux of the U.S.–China trade tensions, according to Scharping, is the uncertainty created for the regulatory environment for business. While Scharping acknowledged that every country is disposed to pursue its own long-term interests, as both the U.S. and China appear to be doing, he said he does not believe the economy should be a zero-sum game that creates an equal number of winners and losers.

When asked whether Europe sees China as a competitor or threat, Scharping conceded that China is a competitor — but with the caveat that, in his view, the country remains a developing economy and regional power. He briefly discussed the impact of China’s Belt and Road Initiative, his assessment of its commitment to the Paris climate agreement, and whether a free trade deal between China and the EU was likely. He concluded that while confronting China in a hostile manner remains an option, he does not believe it is the best way to move forward. Instead, he proposed finding opportunities for cooperation.

Regarding the U.S., Scharping asserted that the country is the only truly global power in terms of the reach of its military and economy, and with that comes responsibilities of leadership. He was firm in his belief that isolationism is not the solution and that, in the long term, global stability would benefit U.S. interests as well.