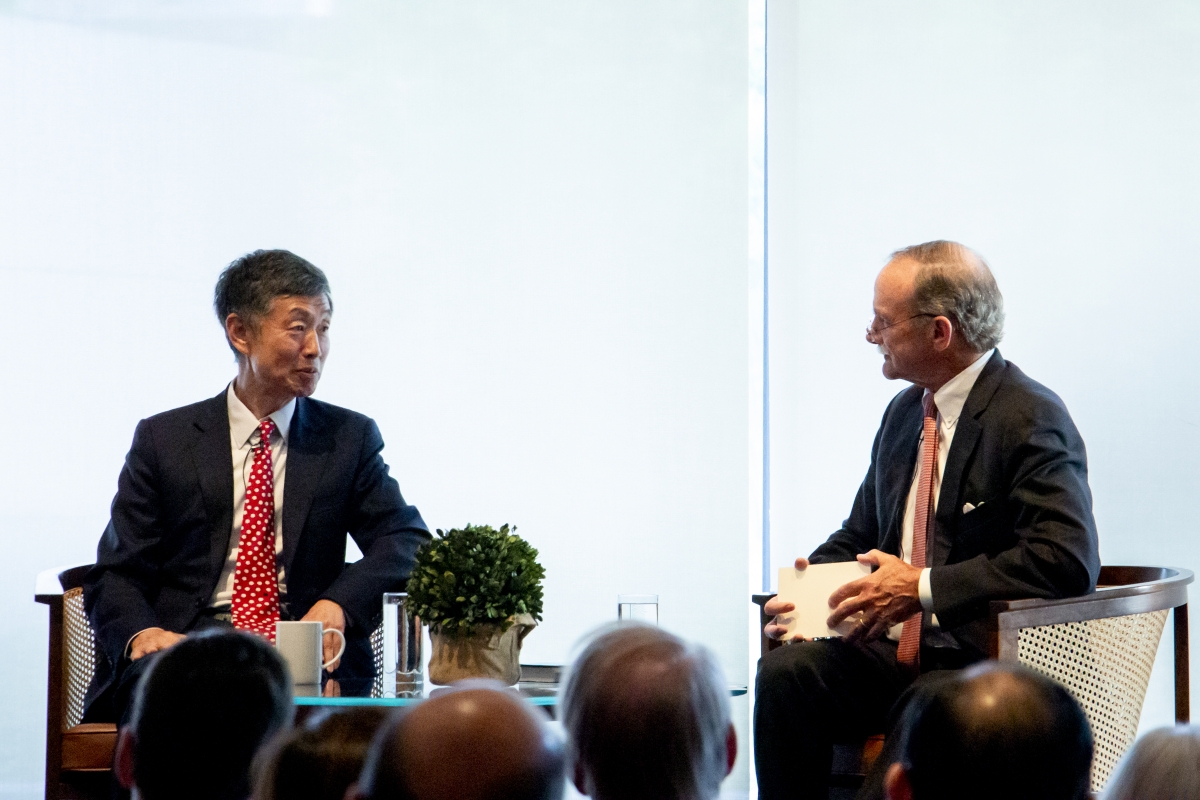 HOUSTON, August 23, 2019 — Asia Society Texas Center kicked off its fall Business and Policy programming with Weijian Shan, founder and CEO of private equity firm PAG, sharing his unique journey from exile in the Gobi Desert to studying and teaching in the United States.

In conversation with moderator Martyn E. Goossen, Vice Chairman of the J.P. Morgan Private Bank and Asia Society Texas Center board member, Shan revealed what it was like to be sent to a remote area of China at age 15 under the new policies of the Great Leap Forward, with direction to turn desert into farmland with hard labor. The hardships he faced during those years in exile included bitter cold in the winter, a lack of sufficient food and water, and no access to education.

Following Mao Zedong’s death in 1976 and the opening of China’s doors to the West three years later, new opportunities were available to Shan. After placing first in a national test, he was given the chance to study as a visiting scholar in the U.S. Despite his lack of a formal secondary education, Shan received his MBA from the University of San Francisco, then earned his Ph.D. from the University of California, Berkley, where future Federal Reserve chairman Janet Yellen served as his academic advisor.

As chronicled in his memoir, Out of the Gobi, Shan went on to teach at the prestigious Wharton School of the University of Pennsylvania, work as managing director of J.P. Morgan, and found his own company out of Hong Kong, where he now resides.