A Conversation with Rajiv Chandrasekaran, Author of Little America 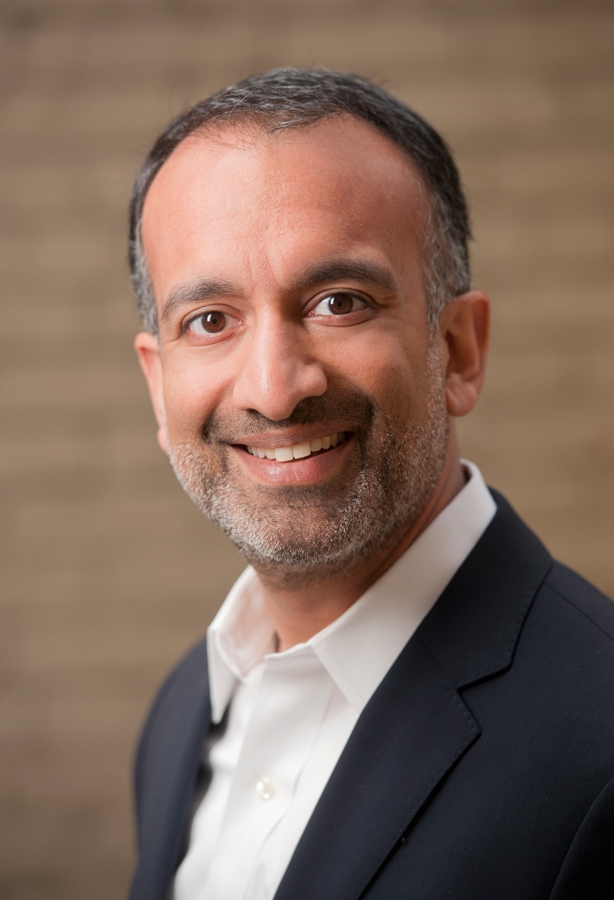 HOUSTON, July 11, 2012 — Rajiv Chandrasekaran, the Washington Post reporter whose 2006 book Imperial Life in the Emerald City is considered a classic of the Iraq War, delivers an eye-opening account of the struggle to transform Afghanistan in his new book, Little America.

Subtitled “The War Within the War for Afghanistan,” Little America explores what went right and what went wrong with President Obama’s troop surge in southern Afghanistan. Chandrasekaran contends that the first year was completely squandered as national security aides bickered, generals sent troops to the wrong places, and diplomats and aid workers failed to deliver on their ambitious promises.

Q: Where did the title for Little America come from?

A: It’s tempting to think that America’s involvement in Afghanistan began in the wake of the September 11 attacks or, perhaps, with the Soviet invasion in 1979. It actually started much earlier — in the mid-1940s, soon after World War II ended.

Back then, the Afghan government was wealthy enough to hire a large U.S. construction firm to lead a massive development project in the country’s southern desert. Teams of American engineers supervised the construction of two large dams, a vast network of irrigation canals, and a new residential community for themselves that featured American-style homes, a coed high school, and a neighborhood swimming pool. The town was part of a grand social engineering effort: The Americans, and their allies in the Afghan government, hoped peasant farmers would see how the Americans lived and aspire to build more modern communities for themselves.

But like so many American dreams in Afghanistan, that vision never became reality, in part because the Americans, concerned about security, refused to allow most Afghans to enter the town. The Afghans also didn’t have the money to improve their homes; although they had been given new farms that were irrigated by new American-designed canals, their crops were withering because of engineering and management errors in the development project. The American community’s official name was Lashkar Gah, but the Afghans came up with another name. They called it Little America.

To me, Little America is more than the name of a town. It captures the entire attempt to transform a vast swath of primitive, hardscrabble, nomadic desert into a modern, verdant, agricultural oasis. And I was drawn to it as a title because it symbolizes American ambition and failure in Afghanistan — then and now.

Q: You start with Obama’s decision to approve the surge. What were the differing strategies floated within the War Cabinet? What convinced him to settle upon the surge? How did this play with the civilian side of his advisers?

A: The president faced a choice between two strategies: counterinsurgency and counterterrorism. Counterterrorism is pretty straightforward — military forces focus on killing or capturing the enemy. Counterinsurgency is far more complicated. It involves protecting the civilian population from insurgents. The idea is to separate the good from the bad and focus on the good, depriving the insurgency of popular support.

In the White House debate over Afghan War strategy in 2009, Vice President Biden and several of Obama’s civilian political advisers favored an approach that emphasized counterterrorism, arguing that counterinsurgency would be too expensive, too drawn-out and too politically risky. They also argued that Afghan President Hamid Karzai was not a reliable partner. On the other side of the debate were three top military commanders — General David Petraeus, General Stanley McChrystal and Admiral Mike Mullen — all of whom argued in favor of counterinsurgency. They insisted that counterinsurgency helped to turn Iraq around, and they argued that a counterterrorism strategy had been tried in Afghanistan before and had failed.

To implement a counterinsurgency strategy, the commanders wanted 40,000 additional troops. Obama was skeptical, but he didn’t want a confrontation with the Pentagon in his first year in office. He ultimately decided to authorize 30,000 more troops, but he put a deadline on their deployment, insisting that they begin coming home in the summer of 2011.

Q: You write that the military “squandered” many of the surge troops. How so?

A: When Obama approved the surge, the city of Kandahar was at imminent risk of falling to the Taliban. Kandahar is a vitally important place: It is not just Afghanistan’s second largest municipality; it has long been the sacred and symbolic homeland of ethnic Pashtuns (of which the Taliban are comprised). If the Taliban captured Kandahar, it would give them a vital foothold from which to extend control over much of the rest of the country.

Instead of sending the first wave of new troops there, the Pentagon sent them to neighboring Helmand province, which was of far lower strategic value. The reason? Tribal rivalries within the U.S. military. The Marines, which were willing to deploy more quickly than the Army, insisted upon having a part of the country where they could operate independently instead of sharing equipment and responsibility with other U.S. and NATO forces. The only available terrain was in central Helmand—in places that were far less important than Kandahar and home to far fewer people.

But that did not matter to Marine commanders. By the time the Army sent the right units to Kandahar and the surrounding areas, more than a year had passed. It was a shocking misallocation of resources. Had the Marines been sent to Kandahar right away, the surge could have yielded far more significant and sustainable improvements in security.

A: A fundamental flaw with the surge was that Karzai never believed in counterinsurgency strategy. American military officers and diplomats concluded that the principal fuel for the insurgency was not the Taliban’s radical Islamist agenda but the incompetence and corruption of Karzai’s government. Many Afghans saw the insurgents as a less-bad option than Karzai’s men, many of whom failed to do their jobs and spent their days shaking down people for bribes.

To the Americans, the answer was a comprehensive counterinsurgency campaign that involved fighting graft, purging loafers from the government, and rebuilding the security forces. But Karzai didn’t agree. He thought his government was just fine. He believed the principal problem was the infiltration of militants from Pakistan, and he wanted U.S. and NATO forces to focus on the border. By sending tens of thousands of troops to Kandahar and Helmand, the United States and its coalition partners were disrupting what he believed was a natural system of tribal governance — and his government’s ability to fill its coffers. So instead of being a willing partner, he picked fights with the Americans and placed obstacles in their way.

The relationship between Karzai and the U.S. government has improved in recent months, largely because of Obama’s troop reductions. The withdrawal has resulted in significant concessions to Karzai, including new rules on nighttime raids and a pledge to give the Afghan government control over detainees. This suggests that had Obama taken a different approach at the start of his presidency and refused to surge, the U.S. relationship with Karzai could have improved much quicker.

Q: Security improved when the U.S. military shifted away from counterinsurgency and toward counterterrorism. What caused the change in strategy?

A: Commanders never acknowledged the shift, but by late 2010, it was clear to them that hard-edged counterterrorism tactics — airstrikes and nighttime missions to kill or capture insurgent leaders — were having a greater impact in beating back the Taliban than everything the military was doing with counterinsurgency. So General Petraeus and other commanders quietly increased the frequency of night raids and airstrikes. To avoid looking like they were changing strategy, they claimed that the raids and strikes were simply part of a wide-ranging counterinsurgency campaign. But the approach was not lost on the White House. Vice President Biden and other counterinsurgency skeptics saw in the shift an acknowledgment that they had been right in opposing the military’s counterinsurgency plans in 2009.

Q: What do you see happening in the coming months/years in Afghanistan?

Unfortunately, Afghanistan likely will face several more years of violence and bloodshed. The Taliban may well expand the areas under their control, and there is a chance that Taliban gains could spark another civil war. But as long as the United States and its allies continue to help support the Afghan army — by providing $4 billion a year in financial assistance — I don’t believe the Taliban will be able to seize Kabul and other key cities with the same ease they did in the 1990s. This sort of messy, unsatisfactory future is certainly not what U.S. commanders had in mind when they urged Obama to endorse a counterinsurgency strategy and double the number of American troops in Afghanistan. But it is the best possible outcome for a tired, broke superpower.

Courtesy of Alfred A. Knopf, publisher of Little America.