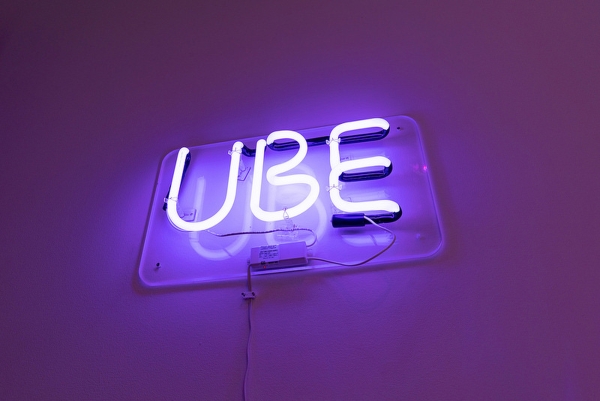 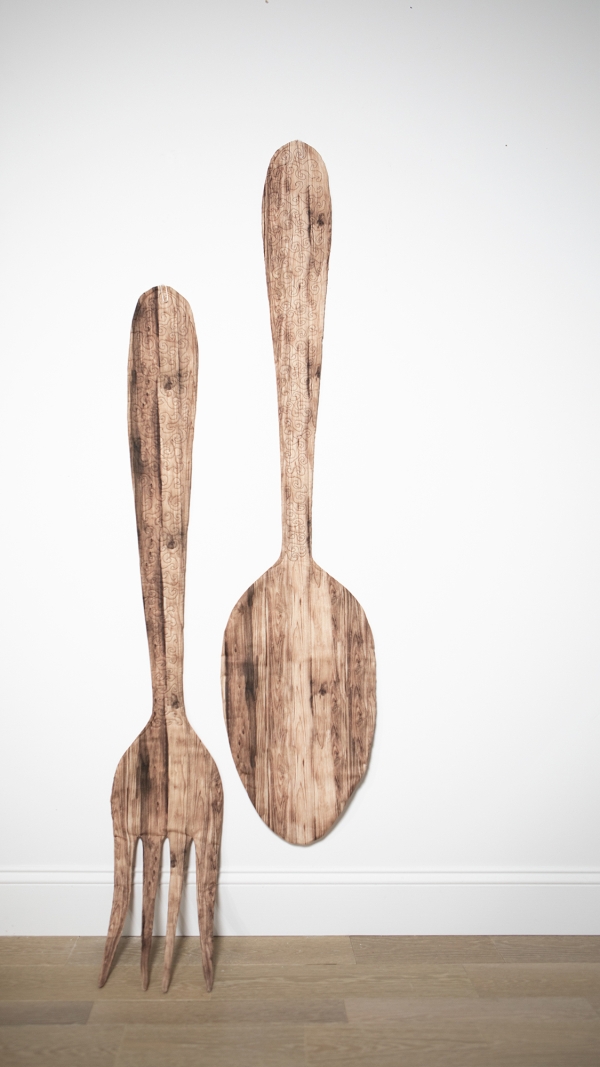 Mik Gaspay with collaborator May Gaspay, Spoon and Fork, 2019, Quilted fabric, Courtesy of the artist 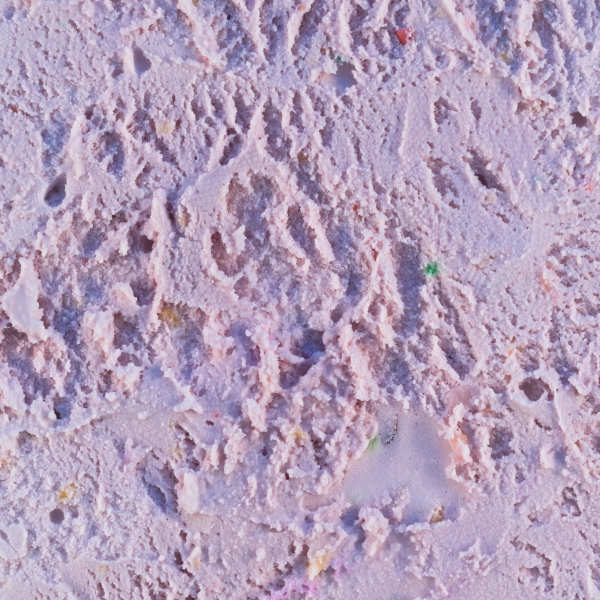 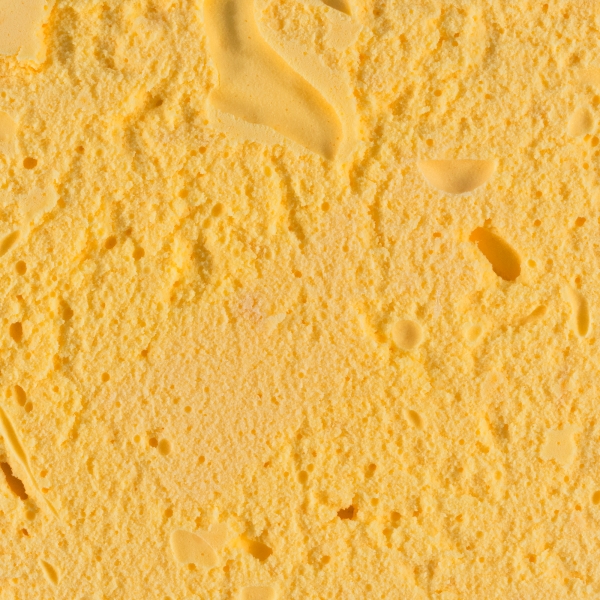 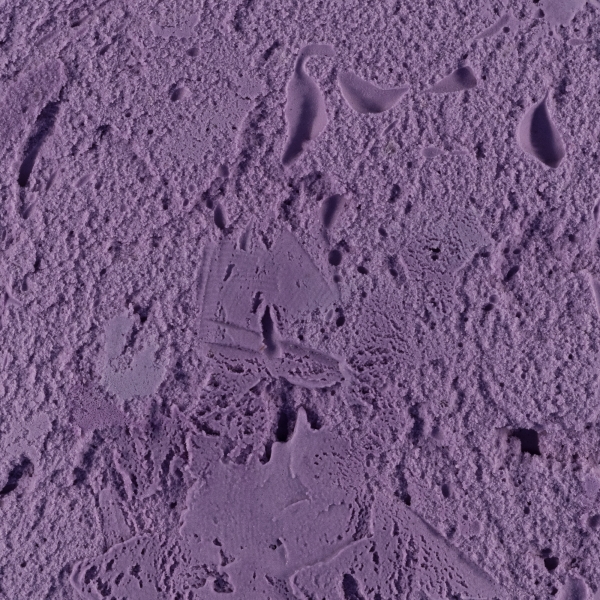 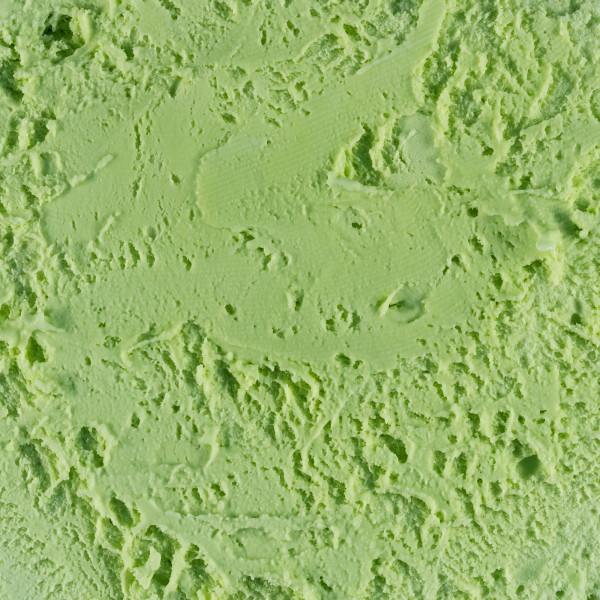 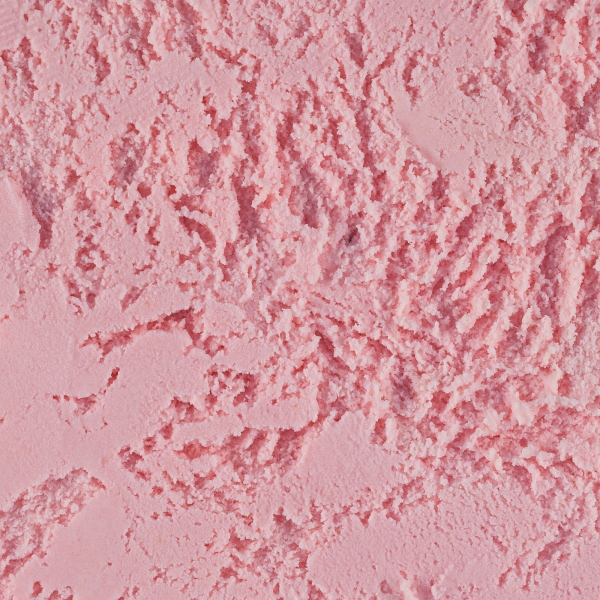 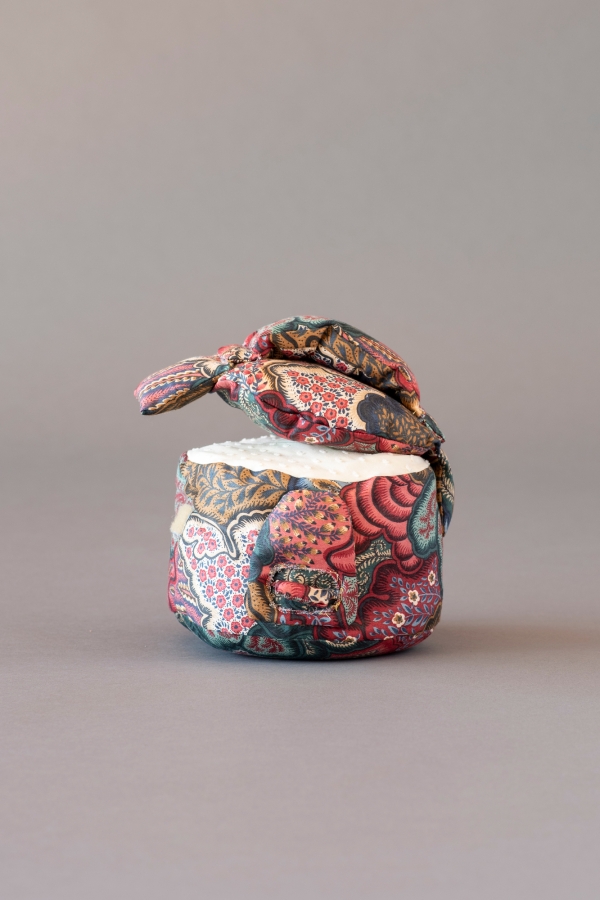 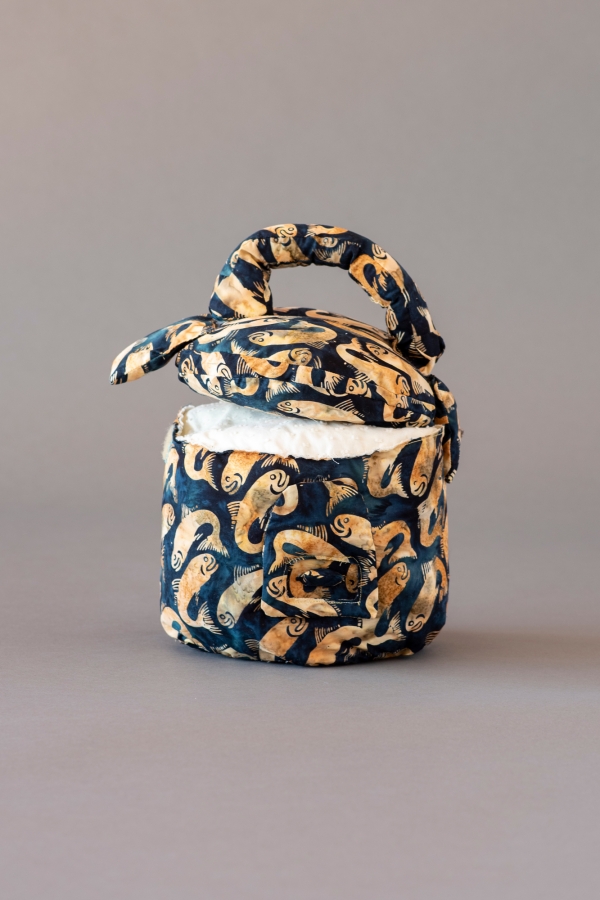 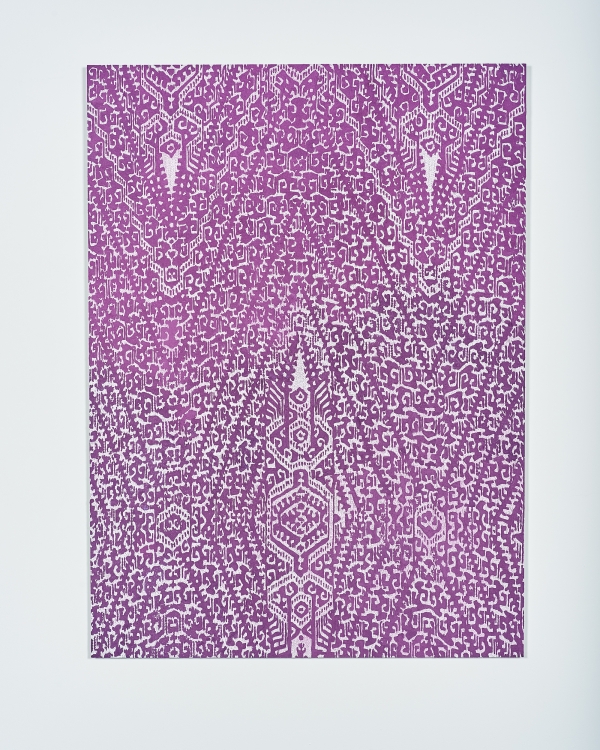 HOUSTON, March 5, 2019 — Asia Society Texas Center (ASTC) unveils a new mixed-media exhibition entitled Super Sarap on March 16, marking a number of firsts for ASTC: the exhibition is the Center’s first to feature Filipino American artists, the first to focus on food, and all four artists are all making their Texas debuts.

In this free exhibition, artists Mik Gaspay, Jeanne F. Jalandoni, Charlene Tan, and O.M. France Viana tackle cultural norms and common perceptions of Filipino culinary traditions. Spanning many media — including sculpture, photography, video, neon, and found objects — the exhibition revisits ordinary kitchen objects, ingredients, and dishes common in Filipino cooking. Viewers are invited to engage with the artists’ interpretations and treatments of rice cookers, decorative forks and spoons, and balikbayan (care packages), as well as ube (purple yam), langka (jackfruit), avocado, banana, guava, tapioca, and halo-halo (an ice cream-based dessert). Though the items are mundane, they are the vehicle through which the artists elicit personal and collective memories and offer cultural connections that go beyond the Philippine diaspora (more than 1 in 10 Filipinos lives outside the Philippines).

“In the last several years, chefs and foodies from around the country have hailed Filipino cooking as the ‘next big food trend’, but that is a label that often appears only on ‘ethnic cuisine,” says guest curator Patricia Cariño Valdez. “Trendify-ing a cuisine dismisses the historic nuances and communities that developed it.” The artists invert the “trend” and explore their relationships with Filipino cooking, as well as issues such as cultural appropriation, immigration experiences, and how food can convey broader cultural meaning.

“Each of the four artists brings a unique perspective to questions around what is considered familiar or foreign, and to whom,” says Bridget Bray, ASTC’s Nancy C. Allen Curator and Director of Exhibitions. “As the work engages visitors’ personal memories of food and culture, the artists broaden the conversation in fascinating ways.”

The exhibition title, Super Sarap, fuses English and Tagalog together, holding multiple meanings. It can convey something that is extremely delicious, an expression of excitement and affirmation. It can also imply an exaggeration in terms of scale: something that is beyond, powerful, large, and exceeding the norm (and indeed, several of the objects in the exhibition are over-sized for effect). The artists play with these definitions and mutate symbols, making them both strange and familiar, challenging cultural norms associated with food. Employing the universality of food, the artists showcase how culture and traditions can morph when one is far from ‘home’ and as traditions are handed down from generation to generation.

This exhibition will hold special significance for Houston — a city whose residents enjoy a wealth of culinary options, where Asians are the city’s fastest-growing ethnic group, and that boasts the country’s most multicultural make-up.

Mik Gaspay was born in Quezon City, Philippines, and lives and works in San Francisco, CA. His work reinterprets and recontextualizes the form of found objects to suss out questions of meaning, status and value. Gaspay received his MFA from California College of the Arts in 2011. He has had a solo exhibition at Alter Space Gallery in San Francisco. He has also participated in various group shows in museums and spaces including the Asian Art Museum (San Francisco, CA), Bass & Reiner Gallery (San Francisco, CA), SOMArts (San Francisco, CA), Center for Art + Thought (Chicago, IL), Art Gallery at the University of Hawaii in Hilo, and WhiteBox Gallery (New York, NY). Gaspay was awarded a commission by the Chinese Culture Center in San Francisco for a permanent public art installation in San Francisco Chinatown’s Portsmouth Square Bridge. http://mikgaspay.com/

Charlene Tan is an artist who lives and works in the San Francisco Bay Area. Born in Houston, Texas, she spent most of her childhood in the Philippines only to return to San Francisco to begin her education. Her work has been shown at Intersection for the Arts, Marin Headlands Center for the Arts, [ 2nd floor projects ], ampersand international arts, and Southern Exposure among other spaces. Her practice is diverse ranging from sculpture to performance, investigating topics on assimilation, consumer culture, digital loss of imagery via facsimile, and post-colonial immigrant diaspora. http://charlene-tan.com/

O.M. France Viana is a conceptual multimedia artist, working in photography, painting, collage, video, and installation. Her artworks interrogate the semiotics of color, the inner experiences of meditation and mindfulness, and Filipino American identity as expressed through Radical Hospitality. She received an MFA in Studio Art and BA from Mills College. Born in Manila, Philippines, she studied art in Switzerland and Spain before moving to California. She founded the Diviana Gallery, the first gallery entirely dedicated to fine art photography in Manila. In the Bay Area, she has exhibited at the San Francisco Art Institute, the Marin Museum of Contemporary Art, Mills Museum (Oakland, CA), SOMArts (San Francisco, CA), Pro Arts (Oakland, CA) and Embark Gallery (San Francisco, CA). She guest curated exhibitions at the Dominican University Gallery. Active in the Asian American community, she is former board member of the Center for Asian American Media, current board member of Philippine International Aid and received a “100 Most Influential Filipina Women in the U.S.” award from the Filipina Women’s Network. http://www.omfrancestudio.com/

Patricia Cariño Valdez (guest curator) is an independent curator based in Oakland, CA. She is the guest curator for Super Sarap at Asia Society Texas Center, after initiating the exhibition with ERICA BROUSSARD Gallery in Santa Ana, CA. Currently, she is developing public programs related to special exhibitions at the Oakland Museum of California. Valdez is part of Casa de Palomitas, a collaborative research and writing project with her partner Cesar Valdez  From 2016 - 2018, she served as the Curator and Director of Public Programs at the San Jose Institute of Contemporary Art (ICA) in California. She serves on the Public Art Advisory Committee for the City of Oakland. In 2016, she was selected to participate in the Independent Curators International Curatorial Intensive in Manila, Philippines. She was born in Manila and grew up along the West Coast of the U.S. Valdez earned a BA in History of Art from the University of California, Berkeley and an MA in Curatorial Practice from the California College of the Arts. https://www.patriciacarinovaldez.com/

This exhibition is organized by Asia Society Texas Center, and expanded from an initial presentation at ERICA BROUSSARD Gallery. The exhibit is guest-curated by Patricia Cariño Valdez. Exhibitions at Asia Society Texas Center are presented by Wells Fargo. Major support comes from Chinhui Juhn and Eddie Allen, Nancy C. Allen, and Leslie and Brad Bucher, as well as The Brown Foundation, Inc., Houston Endowment, and the City of Houston through Houston Arts Alliance. Generous funding also provided by The Clayton Fund, Texas Commission on the Arts, Wortham Foundation, Inc., The Franci Neely Foundation, Olive Jenney, Nanako and Dale Tingleaf, and Ann Wales. Funding is also provided through contributions from the Exhibitions Patron Circle.