Exhibition Focuses on Extreme Architectural Feats: Building in the Himalayan Mountains and Rebuilding the World Trade Center in NYC 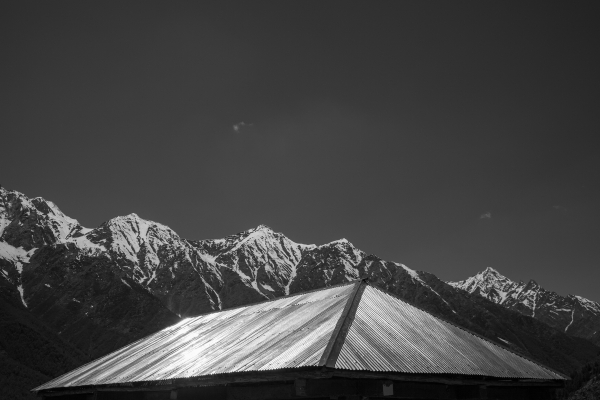 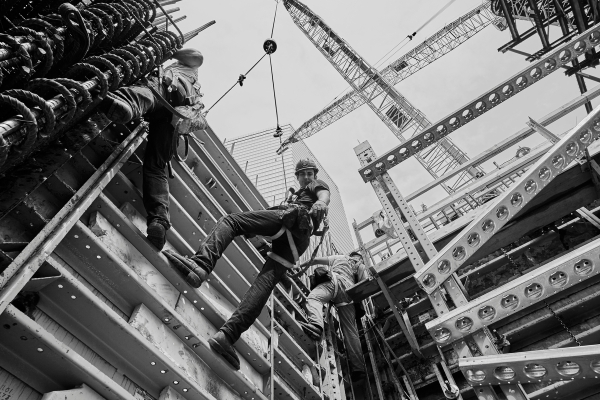 Never before shown in the U.S., the Himalayan photos reveal an architectural style and building process most people will never see: how structures can be built with such limited raw materials, in tremendously challenging conditions, and yet how residents are determined to thrive at the “roof of the world.” These photos evoke both the natural beauty of the Himalayas but also the human aspiration to occupy the region and sustain life at such extreme temperatures and heights, despite the environmental cost.

Roy’s World Trade Center photos have never been seen outside NYC, and they mark the 10th anniversary of this series, in which he was one of only four photographers selected to photo-document the massive reconstruction project, a pivotal moment in American history. As with the Himalayan photos, these shots also evoke the challenge of height and a human sense of determination and resolve, to rebuild a building that has such symbolism in society, both in the U.S. and around the world. Roy’s photos pay homage to many constituents: those who built the original building, as well as the victims of 9/11, their families, and those who planned and worked on the reconstructed World Trade Center.

“There’s a long history of exhibiting the work of photographers from Asia in Houston, and we are delighted to contribute to that history by sharing these impressive black-and-white series by Vicky Roy” says Bridget Bray, ASTC’s Nancy C. Allen Curator and Director of Exhibitions. “He travels and gains access to places many of us can never see, and these rare projects at the World Trade Center and in the Himalayan mountains demonstrate that.”

Roy is a star on the rise; he was named to Forbes’ Asia 30 Under 30 list in 2016 and is a two-time TEDx speaker. A native of India who grew up in poverty and learned photography from an intervention program for New Delhi street children, Roy has become one of the most in-demand photographers of his generation. His work has been seen in San Diego, Hong Kong, London, Switzerland, Johannesburg, Athens, NYC, New Delhi, Kolkata, and Mumbai, among others.

Roy’s first exhibition at Asia Society appears in ASTC’s Fayez Sarofim Grand Hall and is free to all visitors.

Originally from West Bengal, India, Vicky Roy ran away as a child from his home and started working as a rag picker at the New Delhi Railway Station. After participating in skills-building programs for children living on the streets run by the Salaam Baalak Trust in Delhi, he studied photography at Triveni Kala Sangam and then apprenticed under Anay Mann. In 2007, he held his first solo exhibition titled Street Dream at the India Habitat Centre in Delhi, which was supported by the British High Commission.

Vicky Roy’s first monograph Home Street Home published by the Nazar Foundation (New Delhi, India) was released at the second edition of the Delhi Photo Festival (2013). His solo show This Scarred Land: New Mountainscapes was exhibited at Vadehra Art Gallery, New Delhi, India in 2017. He was a part of Houston FotoFest Biennial and Kochi Muziris Biennale, both in 2018. Roy was awarded the MIT Media Fellowship in 2014, and was included on the Forbes Asia 30 under 30 list in 2016.

This exhibition is organized by Asia Society Texas Center. Exhibitions at Asia Society Texas Center are presented by Nancy C. Allen and Leslie and Brad Bucher. Major support comes from Chinhui Juhn and Eddie Allen and Mary Lawrence Porter, as well as The Brown Foundation, Inc., Houston Endowment, and the City of Houston through Houston Arts Alliance. Generous funding also provided by The Anchorage Foundation of Texas, The Clayton Fund, Texas Commission on the Arts, National Endowment for the Arts, Wortham Foundation, Inc., the Franci Neely Foundation, Olive Jenney, and Ann Wales. Additional support comes from United Airlines and The Southmore. Funding is also provided through contributions from the Exhibitions Patron Circle, a dedicated group of individuals and organizations committed to bringing exceptional visual art to Asia Society Texas Center.