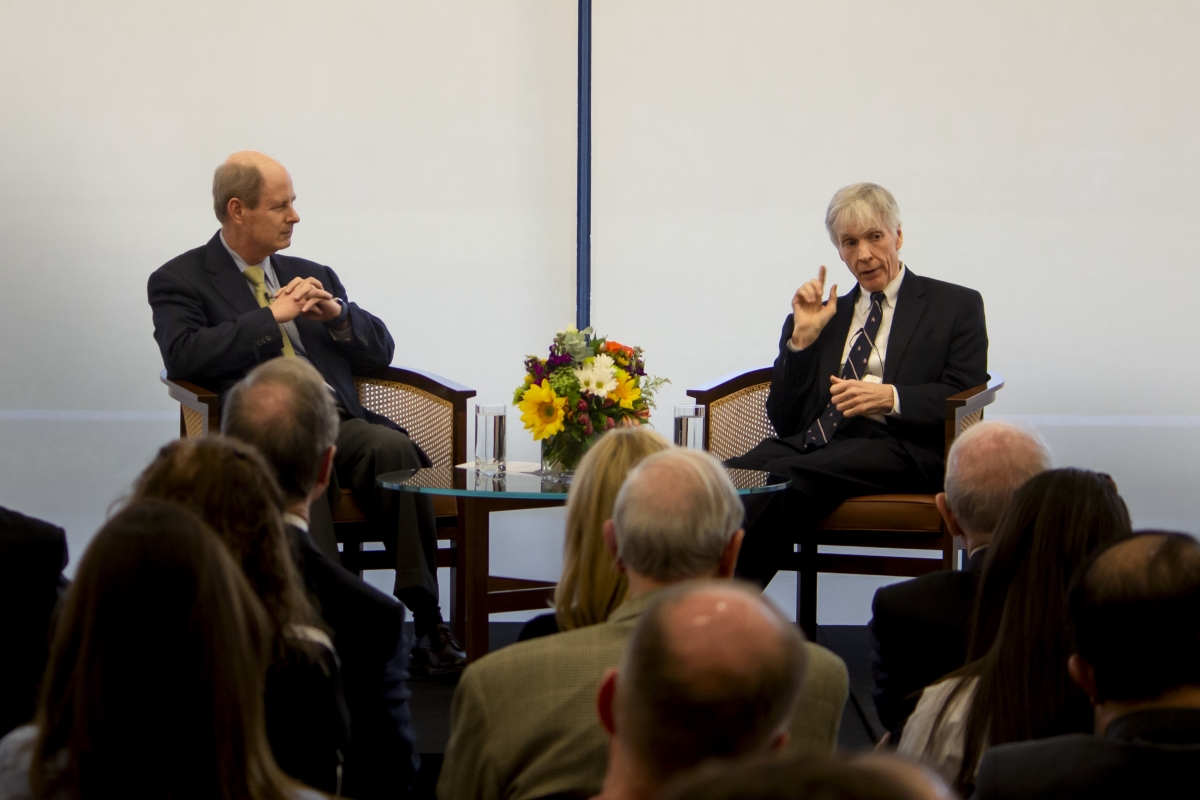 HOUSTON, March 25, 2019 — Ambassador Ryan Crocker returned to Asia Society Texas Center for a discussion on U.S. foreign policy in the Middle East with Asia Society Texas Center board chair Eddie Allen. Crocker — who served as ambassador to Afghanistan, Iraq, Kuwait, Lebanon, Pakistan, and Syria — shared some of his experiences over the decades, including meeting with President George H.W. Bush in the Oval Office and surviving the bombing of the U.S. Embassy in Lebanon in 1983.

Over the course of the evening, Ambassador Crocker discussed U.S. relationships with Saudi Arabia, Yemen, and Syria, as well as the lonsgstanding engagements in Afghanistan and Iraq, and how they have shaped perception of the U.S. in the Middle East. He also expressed caution regarding Iran and warned against U.S. disengagement with the world, emphasizing the importance of the U.S. pursuing its values and interests not only in the Middle East but also across the globe.