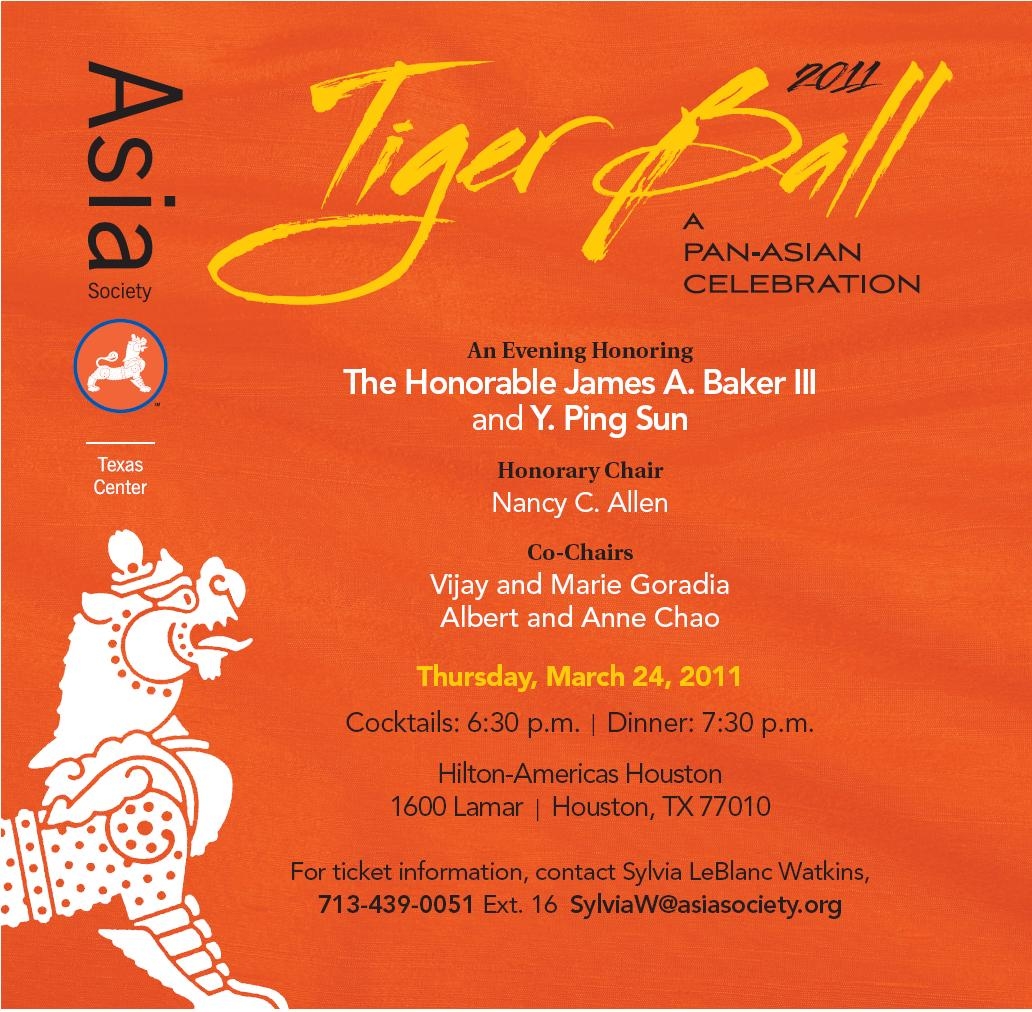 Set for March 24 at the Hilton Americas-Houston, the evening pays tribute to the cultures and accomplishments of all of Asia ­- from Japan to Iran and Central Asia to New Zealand—as it also celebrates the approaching completion of ASTC's new $48 million Center in the Museum District. The spectacular new center, designed by renowned Japanese architect Yoshio Taniguchi, will have its grand opening a year from now, in March 2012.

Baker—diplomat, lawyer, politician, and one of Houston's most admired public figures—will receive the prestigious Roy M. Huffington Award for Contribution to International Understanding and deliver brief remarks. Also being honored is Y. Ping Sun, recipient of the Asian American Leadership Award for her work on behalf of Asia Society as well as other Houston community organizations.

Asian-themed food, performances of Asian dance and music, and an exciting live auction add to the festive atmosphere and make the Tiger Ball one of the most-anticipated Galas on the social calendar.

Co-chairing the event are Albert and Anne Chao and Vijay and Marie Goradia, and in their honor special emphasis will be given to China and India, thriving nations today and ancient wellsprings of so much Asian art, religion and culture. ASTC benefactor Nancy C. Allen will serve as Honorary Chair. The festivities get under way at 6:30 pm.

Tables may be purchased at levels from $25,000 to $5,000. A limited number of $500 individual tickets are also available. For underwriting details, contact Sylvia LeBlanc Watkins, Office of Development, 713-439-0051 Ext. 16, sylviaw@asiasociety.org.

Recipient of the Roy M. Huffington Award
for Contributions to International Understanding
James A. Baker III