Presented in association with Asian CineVision

This summer, the 42nd annual Asian American International Film Festival (AAIFF) returns to Asia Society. Presented in association with Asia CineVision, the festival gives Asian American filmmakers, writers, actors, directors, and industry professional a platform for telling stories of their community, history, and experience. The first and longest running Asian American film festival in the United States, AAIFF has screened films from over 20 countries, provided the U.S. premiere for directors such as Wayne Wang and Ang Lee, and continue to support the New York Asian American film community.

This year, the centerpiece presentations include the sold-out New York premiere of Diane Paragas' Yellow Rose, and New York premiere of Justin Chon's Ms. Purple. The closing night presentation is the East Coast premiere of Happy Cleaners. Additionally, the festival features a 25th-anniversary presentation of sci-fi crime caper Fresh Kill and the latest edition of 72 Hour Shootout. Features by a diverse array of filmmakers, including first-time directors, fill out the rest of the festival slate. Various short films, both narrative and documentary, round out the proceedings.

Two years ago, AAIFF hosted the New York premiere of Justin Chon's Gook. The Korean American director is back this year with Ms. Purple, another story about siblings, complex familial relations, and the city of Los Angeles. Watch the trailer below, and purchase tickets here.

The Choi family — their hopes and dreams, trials and tribulations, conflicts and victories, and the family dry cleaning business, the titular Happy Cleaners — are all on display in directors Julian Kim and Peter S. Lee's latest feature film. The story Kim and Lee tell is both of the Choi family's individual experience, and the connections between immigration families, small businesses, perseverance, and the evolving notion of the American Dream. Watch the trailer for Happy Cleaners and purchase tickets to AAIFF's closing night presentation of the film right here.

Last Sunrise begins when the sun goes out in a future society reliant on solar energy. In the chaos that ensues, a reclusive astronomer and his bubbly neighbor search for light in the enveloping darkness. Watch the trailer below, and purchase tickets to the screenings here.

Other feature and documentary highlights from the festival include Lucky Grandma, When We Walk, The Ugly Model, Empty By Design, and In A New York Minute. The presentations at Asia Society also include the culmination of the 15th annual 72 Hour Shootout, and thematic groups of short films around the topics of LBGTQ+ stories, surreal and otherworldly environments, New York stories, and intergenerational conflict, support, and compromise. 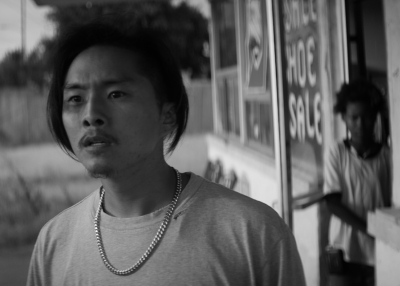 An interview with the actor, writer, and director whose film explores relations between Koreans and African Americans during the 1992 Los Angeles riots.