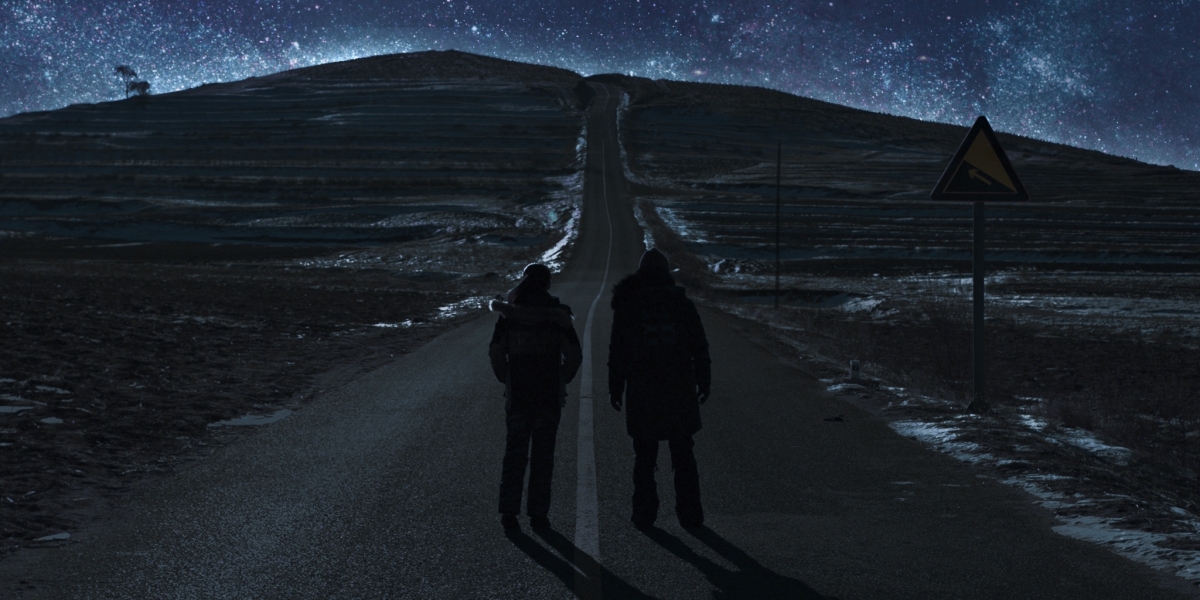 A future reliant on solar energy falls into chaos after the sun disappears, forcing a reclusive astronomer and his bubbly neighbor out of the city. As the temperature goes subzero, oxygen depletes, and the only hope is a miracle at their final destination, District Four. Akin to the orphan planet earth, they gravitate forward in search of light in the perpetual darkness.