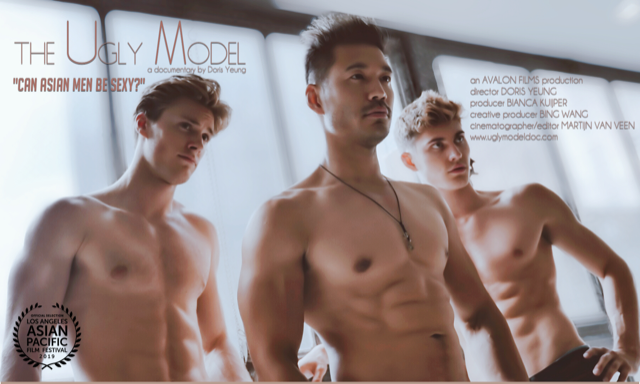 From the outside, Philly based Korean-American adoptee and fitness model Kevin Tae-jin Kreider seems to have it all: looks, muscles, chutzpah, confidence and charisma. He has a popular Instagram and vlog and has modeled around the world for the likes of Men’s Health, Gillette. and Abercrombie & Fitch. Yet since childhood, he has always felt ugly and second best as an Asian male in America.

THE UGLY MODEL examines the paradox of a handsome male model who feels ashamed, ugly and emasculated because of his Asian ethnicity in America. Why does Kevin still choose to be a male model where validation is based on physical appearance and his ethnicity defines his marketability? Is he a masochist for beating his head against the glass ceiling or is beauty truly in the eye of the beholder?

Since 1978 the Asian American International Film Festival, produced by Asian CineVision, is the nation’s first and longest running festival of its kind and the premier showcase for the best Asian independent and Asian American cinema. AAIFF is committed to film and media as a tool for social change and to the support of diversity and inclusion in independent cinema and the Asian American media arts.