From 'Unassimilable' to 'Exceptional': An Evolution of Asian American Stereotypes | Asia Society Skip to main content

From 'Unassimilable' to 'Exceptional': An Evolution of Asian American Stereotypes 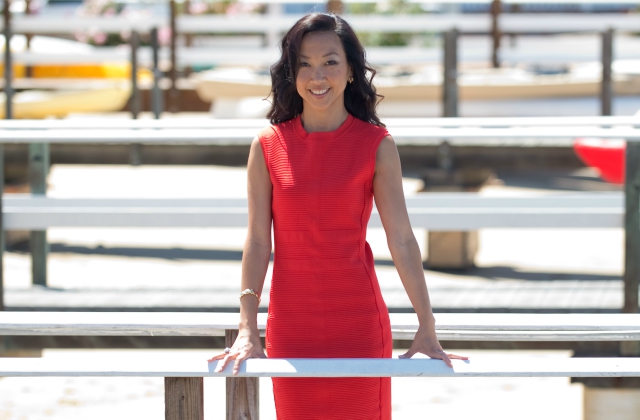 Asian Americans are often seen as the "model minority" in the United States for their relative socioeconomic success compared to other groups. But this stereotype is actually fairly new and belies a complicated reality for what is the fastest growing and most ethnically diverse minority group.

University of California, Irvine Sociologist Jennifer Lee researches immigration, education, and race relations — particularly related to Asian Americans. She's the author of the books Civility in the City (2006), The Diversity Paradox (2012), and The Asian American Achievement Paradox (2015), as well as a principal investigator for the National Asian American Survey, which tracks the voting behavior and policy preferences of Asian Americans every four years. In an interview with Asia Blog as part of our Asian Pacific American Heritage Month interview series, Lee discussed how stereotypes have evolved and continue to influence Asian Americans, what some takeaways were from the Asian American Voices in the 2016 Election survey, and why the "Asian American" label can sometimes mask challenges that certain Asian ethnic groups face.

You’ve said that Asian Americans over the course of the 20th century went from being regarded as “unassimilable” to “exceptional.” How did that evolution come about?

The image in the minds of many Americans is that there's something unique about Asian culture that drives exceptional outcomes like high educational attainment and high median household incomes. One of the ways I show that this is a fallacy is to look historically at the image of the Asian Americans. In the late 1800s to early 1900s, Asian Americans were perceived as filthy and uneducated; they were segregated, ineligible for citizenship, and barred from interracial dating or marriage. In fact, throughout most of U.S. history, Asians were considered unassimilable.

I teach classes in immigration and race, and when I ask students to guess what percentage of China's population is college educated, they guess anywhere from 70 to 90 percent. They're absolutely flabbergasted when I tell them it's only 4 percent. Who we see in the United States becomes emblematic of what we think the people in a given country of origin are like. The hyper-selectivity of Asian immigrants drives our perception that all Asian Americans are smart, highly educated, and socioeconomically successful.

But you argue that these sorts of stereotypes have certain benefits ...

Once you're perceived as deserving and high-achieving, positive stereotypes can help to change behavior in students. Suddenly, they work harder because they want to meet those expectations. It’s important to keep in mind that they were not high achieving from the start, but stereotype promise works as a performance booster, which enables them to graduate with high GPAs and get into top universities.

We also interviewed Mexican students in our study and none of them were given this kind of messaging. Often, they were clamoring for their guidance counselors’ attention and to be taken seriously. They may have wanted to go to a four-year university, but none of them were tracked into AP or honors courses unless they had passed a test.

What sorts of drawbacks are there in these sorts of stereotypes for Asian Americans?

There's a perception that Asian American students are hardworking and smart, but they're not vocal or creative — they may not be willing to speak up in class. They may be good students but may not be strong leaders. The stereotypes that may benefit students when they're young hamper them after they graduate from college and become more senior. These stereotypes may help them land an entry level job, but one of the things that we found in our research and in other people's research is that the stereotypes about being quiet, hardworking, and diligent actually hurt when Asian Americans vie for management or leadership positions.

There seems to be evidence a "bamboo ceiling" — similar to the glass ceiling for women. So the stereotypes may not hurt Asian Americans get an entry level job, but they may hurt them as they try to move up and get promoted to a job that not only earns more but also gives opportunities for leadership. Research has shown that when you control for level of education, college type, and even major, Asian American men earn 8 percent less than comparable white men. Asian American women earn the same as white women but they're much less likely to be in a position where they're supervising other people.

There has been a lot of attention recently around Asian Americans who oppose affirmative action policies — particularly in universities. How sizeable is this cohort according to your research?

In the 2012 National Asian American Survey (NAAS), 75 percent of Asian American registered voters claimed to support affirmative action in both education and the workplace. This may seem high compared to some media portraits suggesting Asian Americans are against affirmative action, but this is in line with other evidence. In the 2016 NAAS, we also asked whether they support the government doing more to give blacks equal rights with whites, and 72 percent of Asian-Americans supported that too.

There is a minority that very much opposes affirmative action. They believe it hurts their children's chances of getting into the elite universities. So they have been very vocal and some have been partnering with very conservative organizations to promote this view, but they do represent a minority of Asian Americans in this respect.

In a similar vein, there have been a fair number of very vocal Asian American Donald Trump supporters. Do you think they’re similarly overrepresented in media reports?

They do go against the grain in the same way that the minority who opposes affirmative action does. It is really astonishing how progressive the majority of Asian Americans are on a number of issues. Based on the 2016 NAAS, 60 percent support the Affordable Care Act, 62 percent oppose a Muslim ban, and 76 percent support stricter emission limits on power plants in order to address climate change. So all of the sorts of issues that Trump is supporting, Asian Americans overall do not support. This isn't to dismiss the minority, but focusing on them really gives an inaccurate portrait of who Asian Americans are.

That said, I think one of the things we're finding is that even Asian American millennials that are U.S.-born don't have particularly high voter turnout rates either. But what we see is that they're very active in other ways — in social media and in ways that might not look like traditional political engagement. They are active in responding to issues that they think will hurt their communities and issues that will help promote their communities. I think there are different forms of civic engagement that aren't captured by looking only at voting and voter registration. And I do think Trump is helping to galvanize that.

How useful do you think the "Asian American" label is?

I think this is an excellent question and people debate it a lot. Asian American as a label is a political construct and I think it's very helpful to mobilize very diverse groups. But the danger in that the label is that it's often employed in ways that really mask the tremendous diversity of the Asian American population.

Asian Americans are the most diverse U.S. racial group. If you look at educational outcomes, for instance, you have some groups that have extraordinarily high rates of college education like Indians, Chinese, and Koreans. But then there are other groups like Cambodian, Laotian, and Hmong that have higher high school dropout rates than African Americans and Latinos. Asian Americans represent both extremes of the spectrum. They have extremely high median household income and also extremely high poverty rates.

I think the other thing that's important is that some of the largest groups — Chinese and Indians — are driving the narrative of Asian American outcomes. Because they're the largest and tend, on average, to do very well, they mask the problems and challenges that other Asian ethnic groups experience.