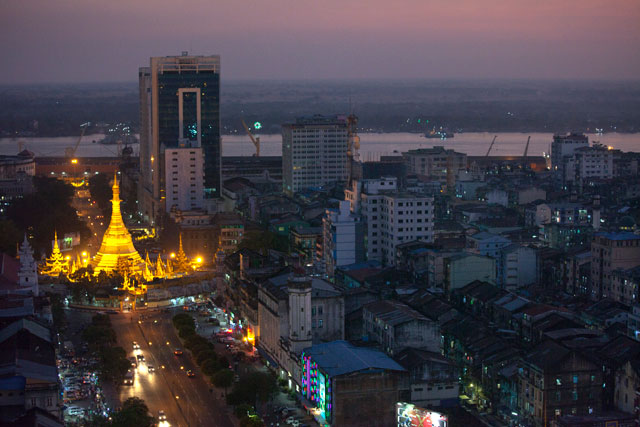 This post was co-authored by Asia Society Senior Advisor Priscilla Clapp, a retired minister-counselor in the U.S. Foreign Service and former Chief of Mission at the U.S. Embassy in Burma.

The still nascent transition in Myanmar has emerged as one of the most promising efforts at democratization in the world today. After more than half a century of brutal, debilitating military rule, Myanmar is in the process of a calculated top-down course reversal, which has unleashed a bottom-up awakening of political, economic, and civil society activity.

Notwithstanding the progress to date, from now until the next general election in 2015, the country's reform leaders — including former general turned President Thein Sein, parliamentarian and democracy icon Aung San Suu Kyi, and speaker of parliament's lower house Thura Shwe Mann — will face a range of challenges that will test their capacity and threaten the durability of the transition. Among the most urgent priorities are resolving ethnic and sectarian conflicts within Myanmar's diverse society, creating jobs for the vast majority of the population who live in poverty, continuing to transform the role of the military, tackling corruption, and establishing the rule of law.

We recently returned to Myanmar for meetings and consultations with parliamentarians, senior government officials, President Thein Sein's advisors, business and civil society leaders, activists, and journalists. From these discussions, we identified ten key challenges that Myanmar's leaders must confront to sustain the reform process and take advantage of this new stage in their country's history. They are:

2. Firmly establishing the rule of law and strengthening the judicial branch. The judicial branch remains a major weakness in the new government structure. This is partly a structural problem and partly the result of decades of judicial abuse by successive military governments. These disconnects add to the problem of developing courts that are perceived by the people as capable of delivering justice fairly and establishing the rule of law.

3. Protecting individual rights. Although the reform process has opened the door to new freedoms over the past two years, they have not been enshrined in law. There are no legal protections for individual rights, despite the language in Myanmar's 2008 constitution. In fact, all of the rules and regulations adopted since 1962 have focused strictly on security, and they remain on the books, available for security forces to use at their will.

4. Developing effective formulas for ethnic equality. Political transition itself is not enough to achieve ethnic equality; some hard, practical decisions about power sharing — both political and economic, and eventually necessitating constitutional amendment — will be required. Development of a serious debate over how to define federalism in Myanmar, and efforts to strengthen local government and decentralize administrative authority at the federal level are important steps, but there is still a long way to go.

5. Instilling social and religious tolerance. Communal violence occurring between Buddhist and Muslim populations is providing fertile ground for small bands of troublemakers to turn local disputes into major conflicts. Civilian police must be properly organized and trained to prevent and respond effectively to mob violence. At the same time, civil society, religious, and government leaders must address intolerance and prejudice urgently and with sustained education and counseling.

6. Rooting out corruption. Corruption is endemic to Myanmar's government and economy and presents one of the most serious challenges to the reform process, democratization, and economic liberalization. Myanmar's President Thein Sein will have to play the balancing role between competing factions and interests in the effort to curb corruption. If the level of corruption that exists today is not significantly reduced by 2015, Myanmar's reforms will likely lead to the kind of "half-baked" democracy we have seen in many other areas of the world.

7. Addressing the "missing middle," a capacity void across the spectrum of the government and the economy. Myanmar's leadership is pressing for rapid and dramatic reforms on a sclerotic system, while civil society is beginning to clamor for responses on the ground. The missing middle, where the reforms should be translated from policy into practice, are not empowered and lack the capacity to engage in the work needed to address these issues and implement solutions.

8. Delivering the benefits of reforms to the broader population. Macroeconomic stabilization and new investment laws are major steps toward improving the business environment for foreign investors. While continuing these efforts, the government also must encourage and direct this investment toward job creation and agriculture that empowers ordinary farmers, not the crony class — as the current military and crony control of the economy is a serious impediment to broad-based economic development.

9. Addressing land and property rights. Despite the passage of a new land law by the parliament, people in Myanmar are still being unfairly displaced by large business and agricultural projects without adequate compensation or means of providing a livelihood. The lack of access to a fair justice system leaves people with no means of redress for displacement. Additionally, new models must be found for ensuring that local residents gain a fair share in large development projects and that they have stable land rights that cannot be arbitrarily removed.

10. Developing mechanisms for negotiating trade-offs between economic development on the one hand, and social development and environmental protection on the other. As investment in Myanmar grows, it will be essential to work with local communities affected by development projects to address their needs and avoid having popular protests seriously impede the country's economic development and construction of essential national infrastructure. In ethnic minority areas, it will be necessary to ensure that proceeds from large resource extraction projects are shared fairly with the local area.

Transitions are never smooth, and it is likely that the situation on the ground in Myanmar will get messier before it gets better, especially as we begin to see winners and losers in the process. Economic development will be uneven, investment will not be broad based, disputes over land rights will not be easily resolved, people will be displaced, and ethnic and sectarian conflicts will continue until acceptable solutions for all involved can be reached. Given what is at stake, the United States should do all that it can to be a reliable partner to Myanmar as the country works to ensure that current positive trends continue to 2015 and beyond.

Asia Society's new report, Sustaining Myanmar's Transition: Ten Critical Challenges, releases today and is available for download here. A report launch event will be held at Asia Society New York on Wednesday, June 26. The launch is now sold-out, but will also be a free live webcast on AsiaSociety.org/Live at 6:30 pm ET.