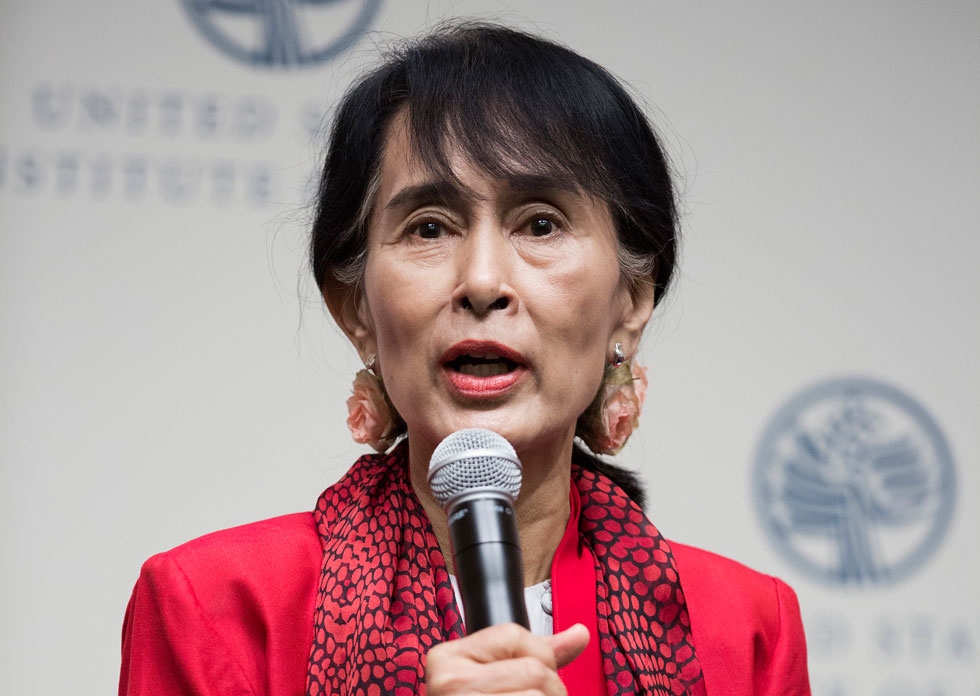 Aung San Suu Kyi spoke at an event co-hosted by Asia Society and the U.S. Institute of Peace in Washington, D.C., on Tuesday, presenting the first public remarks during her landmark 18-day trip to the United States. "The United States has stood firmly" on the side of democracy, she said. "And for that, I would like to thank all of you."

Daw Suu received the Asia Society Global Vision Award in recognition of her commitment to advancing democracy and human rights. Her remarks focused on the deep history between Myanmar and the United States, and the great potential that now exists to strengthen the bilateral relationship. "U.S.-Burma relations will be what we make of them, we here and now," she said. "What happens over the next years will determine how strong and how healthy the relationship between our two countries will be."

"In remarks that were both substantive and highly personal, Aung San Suu Kyi emphasized that whether Burma's transition succeeds or fails is ultimately up to the Burmese people," said Suzanne DiMaggio, Asia Society's Vice President of Global Policy Programs. "At the same time, she made it clear that the United States has an important role to play to help bring about a positive outcome. She voiced support for the further easing of U.S. sanctions as a way to encourage the people of Burma 'to start taking responsibility for their own destiny.'"

Daw Suu covered a wide range of topics, including:

• The future of reform in Myanmar. "How far will it go? These questions have not yet been answered in their entirety." She underscored the need to assess reforms throughout the executive, legislative and judicial branches, judging progress in Burma by "how strong each of these institutions are." On President Thein Sein, she said she believed "he is keen on democratic reforms," but how these reforms were formulated was "what we have to watch."

• In response to ethnic violence in Myanmar, she noted that uniform adherence to the rule of law would do more to stop conflicts as they developed. She said that she and her party, the National League for Democracy (NLD), would "help the government in any way possible to bring about peace and harmony."

• On whether to call the country Burma or Myanmar, she said this is "totally a matter of choice" for each individual.

Secretary of State Hillary Clinton introduced Daw Suu as a leader whose "courage and moral leadership never wavered." In her remarks, Clinton called for further reforms to promote the rule of law in Myanmar, increase transparency, and address constitutional challenges.

Watch the complete video of Tuesday's event below:

For additional coverage of this event, please click here.