Can’t make it to this program? Tune in Saturday, Oct. 27, at 7 p.m. New York time for a free live video webcast. #AsiaSocietyLIVEAsiaSociety.org/Live

Dancers/choreographers Sheetal Gandhi, Hari Krishnan, Parul Shah and Kuldeep Singh present recent works that speak to contemporary issues, each pulling from their own unique interpretation of—or departure from—Indian dance forms. Their movement based practices are evocative, provocative, sometimes satirical, and even camp, as each artist interprets influences of Indian dance into a contemporary movement vocabulary.

A thriving and vital diaspora dance community exists today, as Indian artists working from their present North American base examine new challenges arising with the changing times. In the era of identity politics and nationalist movements, these artists tackle complex contemporary issues each through their own artistic expression. Experimentation—either within tradition, or through wholly contemporary forms—push these artists to interpret Indian dance in new ways. This performance invites audiences to leave their comfort zone, as they are presented with new ideas about what can define “Indian” dance.

The performance will be followed by a panel discussion. 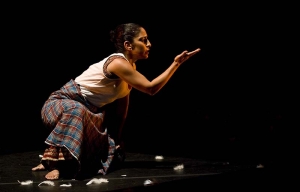 Sheetal Gandhi is an intercultural, multi-disciplinary director/choreographer, performer and educator. Her career has spanned genres and disciplines including work as a creator and performer in Cirque du Soleil’s Dralion; playing a leading role in the Broadway production of Bombay Dreams; dancing throughout Ghana with the traditional West African dance company Novisi; and singing with the New York based, all-female a cappella group, Anamcara. Her work is invested with a uniqueness often missing in contemporary dance/theater, stemming from her strong point of view as an American woman of South Asian descent. In both form and content, the work reflects her love for tradition, with the equally urgent desire to break from it. In 2009, Sheetal received an M.F.A. in Dance from UCLA. She is a recipient of a 2012-13 NDP Touring Award for her acclaimed solo dance-theater work, Bahu-Beti-Biwi, which has toured internationally to over five countries and to over 16 cities in the U.S. She is a recipient of a 2016 MAP Fund Award for her work In / Expiration. She was also awarded a 2011 COLA Individual Artist Grant, the LA Dance Advance Grant, a 2012 Annenberg Community Beach House Artist Residency, and was a participating member of the 2012 Choreographers in Mentorship Exchange (CHIME) Program. Her passion for intercultural exchange has been supported by the 2010 Asia Pacific Performance Exchange (APPEX), a Cultural Exchange International (CEI) fellowship in Amsterdam, and an invitation to attend the Tanzmesse International Festival for Contemporary Dance in Dusseldorf, Germany. Sheetal is currently on faculty in the Theatre and Dance Department at Pomona College. 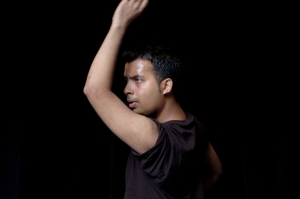 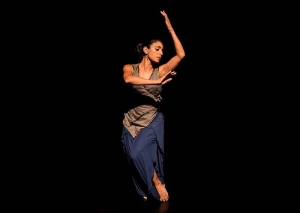 Parul Shah, artistic director of the Parul Shah Dance Company is an internationally acclaimed Kathak and contemporary dancer and choreographer whose work is expanding the classical medium beyond cultural boundaries. With a dedication to excellence, Shah preserves the form’s aesthetic integrity while exploring contemporary stories and questions around belonging, identity, and empathy. Behind Parul’s work is decades of rigorous Kathak training under the world-renowned guru and choreographer, Padmabhushan Kumudini Lakhia. Parul’s repertoire spans both classical and contemporary dance vocabularies and her influences include her own experiences and observations as much as her training.

She is especially driven to shining a light on marginalized stories and is committed to outreach and education. Parul’s New York studio is home to both the Parul Shah Dance Company and her training facility. With a Masters degree in dance & dance education from Columbia University, Teachers College, Parul has been teaching Kathak for over 15 years. Shah has presented her work around the world and at home to critical acclaim, including City Center’s Fall for Dance Festival, NYC; the Kennedy Center, Washington D.C.; Asia Society, NYC; Jacobs Pillow, Inside/ Out series, Massachusetts; World Music Institute, NYC; Japan Forum Foundation, Tokyo; and Suvarna Parva, Ahmedabad, India. 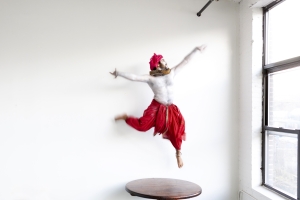 Kuldeep Singh is a multi-disciplinary artist with a compound artistic practice that comprises a system of non-linear narratives in visual art and multi-media performance —through inventing situations in theatrical installations and hybrid myths surveying hiatuses in post-colonial histories. Through his intensive, decade-long training in the Indian classical dance form of Odissi — with critically acclaimed dancer Madhavi Mudgal, in New Delhi — he deconstructs components in movement and acting, sound/percussive mnemonics, and spatial arrangements — all as re-arranged fragments in layers, engaging in body politics and social anthropology. The content transpires from eclectic stories across timelines, classic Sanskrit texts, and is layered to contemporary human situations — reemphasizing contemporary relevance. For the past six years, he has been in training in the percussion instrument Odissi Pakhawaj to further understand Odissi’s lyrical expression.

Kuldeep is the recipient of prestigious residencies, including: the Skowhegan School of Painting and Sculpture, ME (2014); Yaddo, NY (2015); and Bemis Center for Contemporary Art, NE (2016). He was recently the artist in residence at Residency Unlimited, Brooklyn (2018) and at HH Art Spaces, Goa (2018) — on an award from Inlaks Foundation, Mumbai. He was recently awarded a "New York Foundation for the Arts Fellowship" (2018), in inter-disciplinary arts category. Kuldeep holds the National Freedom of Expression Award, Mumbai (2009, Infinity Films). His recent performances include the Kolkata International Performance Festival (2014), Yaddo (2015), and Rapid Pulse International Performance Festival in Chicago (2016) and La Mama Theater (2016).

Part of the Season of India, a series of programs held in conjunction with the exhibition, The Progressive Revolution: Modern Art for a New India, on view at Asia Society Museum from September 14, 2018, to January 20, 2019.