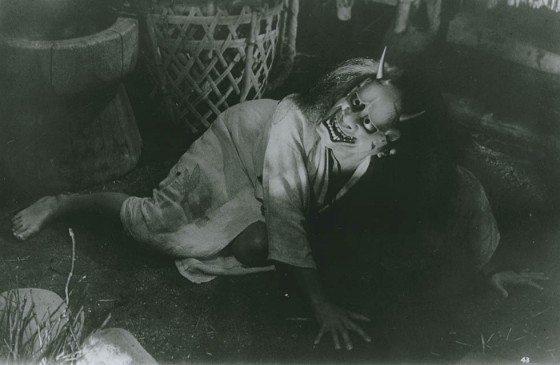 The six films included in the series are set during Japan’s Middle Ages (from the 12th to 17th centuries) and produced during the Japanese golden age of cinema in the 1950s and 1960s — a time when Japan’s memory of war was still vivid.

Using a variety of narrative and visual techniques, these filmmakers present a humanist approach to understanding life during war: from the struggle for power, to the quest for justice, or even the mere fight for survival. These films also represent the best of Japanese cinema for their visual designs, color schemes, music, narrative strategies and performance styles.

The films are presented in partnership with The Japan Foundation and Janus Films. Kyoko Hirano curated the series.

Of Ghosts, Samurai and War, is held in conjunction with the exhibition “Kamakura: Realism and Spirituality in the Sculpture of Japan,” on view at Asia Society Museum from February 9 to May 8, 2016.

Rashomon (1950) 88 min.
Directed by Akira Kurosawa.
Widely considered one of the greatest films ever made, Rashomon brims with action while examining the validity of justice and the elusive nature of “truth.” Set in the 12th century, the film centers around four contradictory perspectives of one incident — the rape of an aristocratic woman and the murder of her husband. 35 mm. B&W.
Friday, March 4, 6:30 p.m.

Tales Of The Taira Clan (1955) 108 min
Directed by Kenji Mizoguchi.
The lavish, sweeping historical epic is centered around Kiyomori Taira (Raizo Ichikawa), an ambitious warrior who fights alongside other members of his clan to overcome the Minamoto clan and their bid for power. Epic action and emotional potency are equally relevant in the themes of class, injustice, and family legacies which run throughout the film. 35 mm. Color.
Saturday, March 5, 2016, 5:00 pm

Ugetsu (1953) 97 min
Directed by Kenji Mizoguchi.
Ugetsu is a ghost tale like no other, telling the story of two brothers, one consumed by greed, the other by envy. In an era when armies ravage the land, the brothers risk their families and lives to pursue their obsessions. 35 mm. B&W.
Friday, March 11, 2016, 6:30 pm

Fuefuki River (1960) 123 min
Directed by Keisuke Kinoshita.
Adapted from Shichiro Fukazawa’s historical novel, this story chronicles the lives of five generations of a poor farmer’s family living on the bank of Fuefuki River near Mt. Fuji. Their modest hope of raising a family peacefully is crushed as male family members are taken to war one by one, at the mercy of the powerful samurai. 35 mm. B&W with color.
Friday, March 18, 2016, 6:30 pm

Onibaba (1964) 103 min
Directed by Kaneto Shindo.
An impoverished mother and her daughter-in-law eke out a lonely, desperate existence by murdering lost samurai and selling their belongings for grain. When a bedraggled neighbor returns from the skirmishes, lust, jealousy, and rage threaten to destroy the trio’s tenuous existence until an ominous demon mask ultimately seals their horrifying fate. 35 mm. B&W.
Saturday, March 19, 2016, 5:00 pm