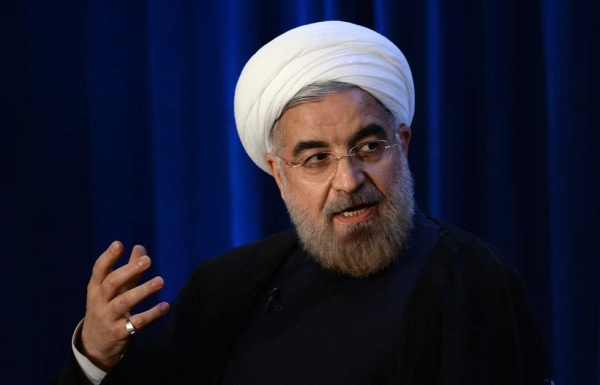 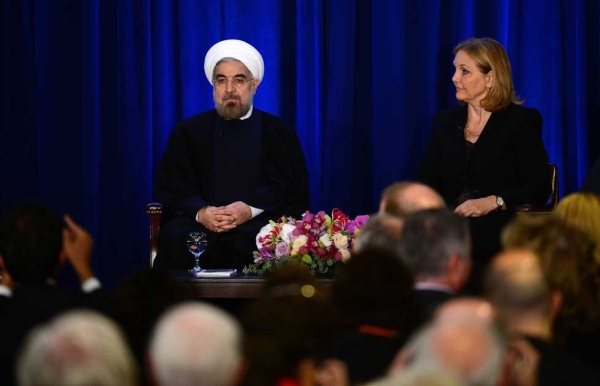 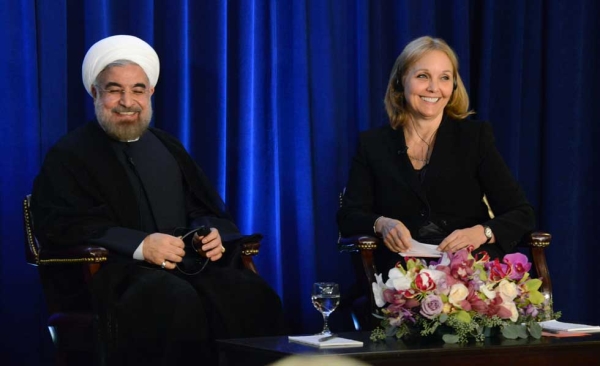 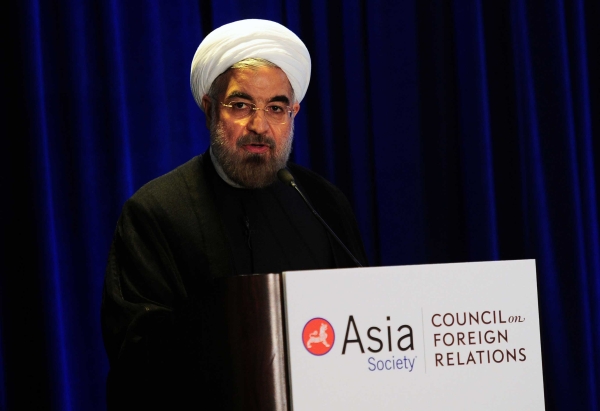 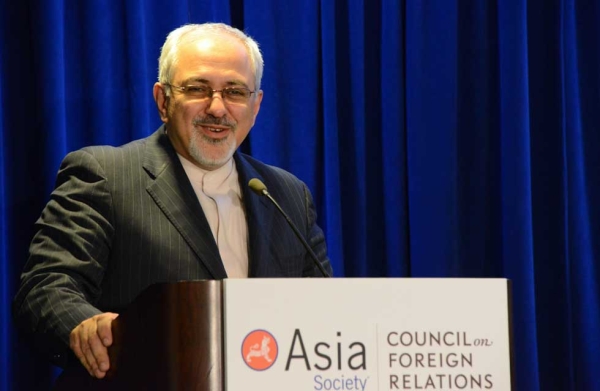 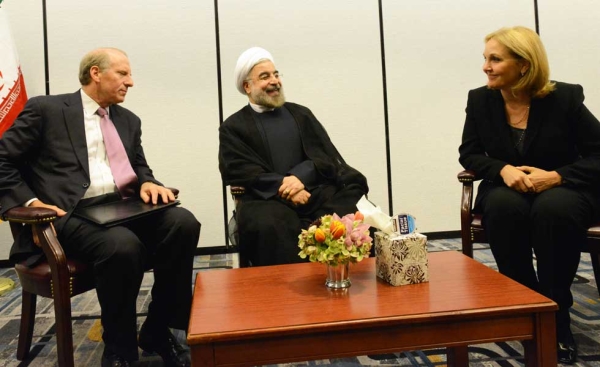 Iranian President Hassan Rouhani said today that his government would leave "no stone unturned" while seeking a mutually acceptable solution to the nuclear impasse, and committed to resolve any “reasonable questions” on Iran’s nuclear program. The president described the dedication of the Iranian people to protecting their right to peaceful uses of nuclear energy, but underscored his commitment to resolve concerns — "the sooner the better.”

“During my tenure in office as president, moderation and wisdom will guide my government in making and implementing policies in every field,” Rouhani told a gathering convened by Asia Society and the Council on Foreign Relations in New York. “‘Win-lose’ approaches to international relations have already lost ground.”

At the conclusion of the meeting, Iranian Foreign Minister Javad Zarif gave a briefing of his “good and substantive” meeting with P5+1 foreign ministers to discuss Iran’s nuclear program. He said that the ministers had “agreed to jumpstart the process, so we could move forward with a view to agreeing first on the parameters of the endgame” of negotiations. “I thought I was too ambitious, bordering on naiveté,” he said, “but some of my colleagues want to do it faster.”

Rouhani made the appearance on the heels of a talk at the United Nations General Assembly in New York. Asia Society President Josette Sheeran moderated a discussion with the president.

“President Rouhani stated his intention to fast track a solution to the nuclear issue, while reiterating that his government will never give up the right to nuclear technology for peaceful purposes,” said Asia Society’s Vice President of Global Policy Programs Suzanne DiMaggio, an expert dialogue practitioner who leads Asia Society’s Iran Initiative. “For the first time in over three decades, the leadership of both Iran and the U.S. appear to be in sync. Both also seem to recognize that the window of opportunity to make progress is small and both seem ready to seize the moment. Now the hard work begins.”

Rouhani celebrated the role of Asia Society and other institutions practicing public diplomacy, noting that initial steps in better relations between the United States and Iran “will likely have to be taken by the people.”

President Rouhani’s appearance continues Asia Society’s work to provide public forums for Asian leaders with the goal of furthering U.S.-Asia relations, as well as a specific Asia Society Iran Initiative that brings Americans and Iranians into discussion about issues of interest to both countries.