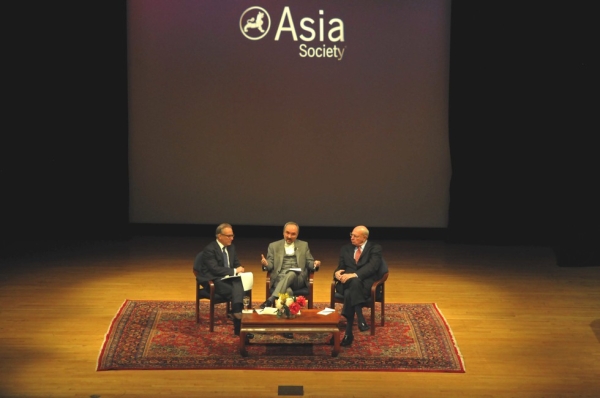 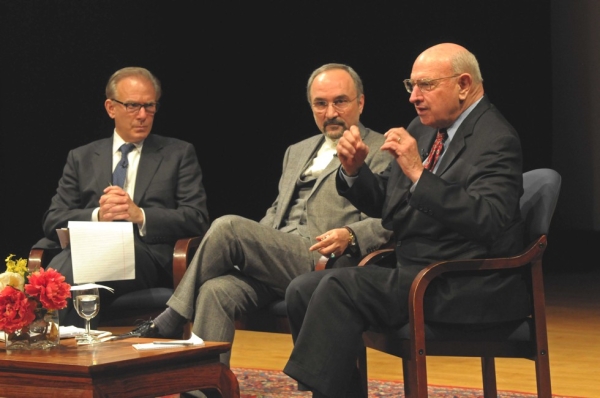 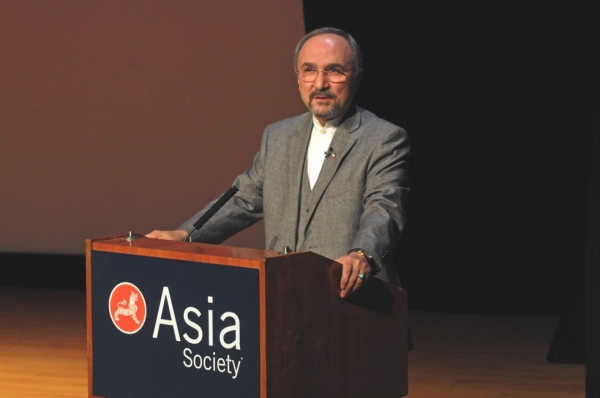 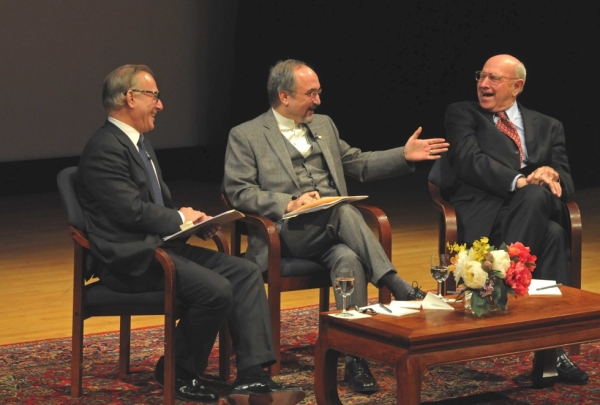 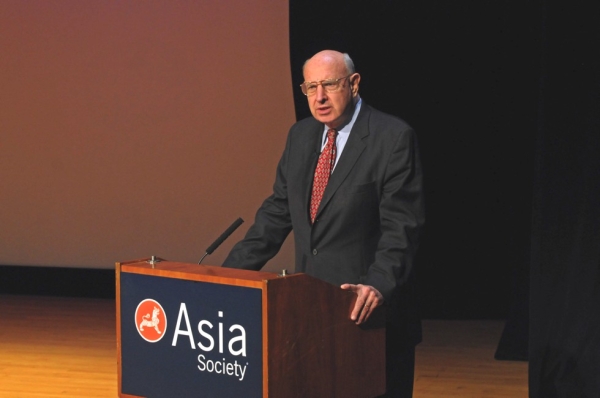 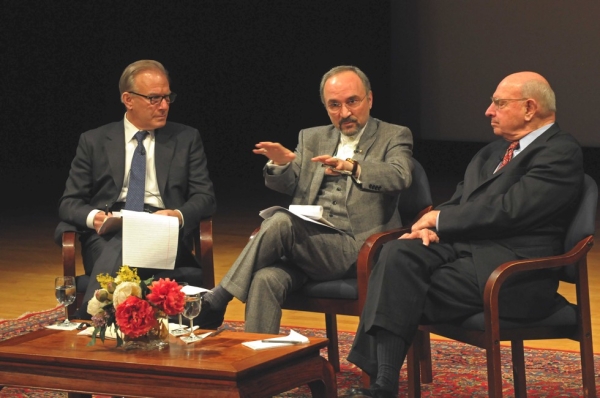 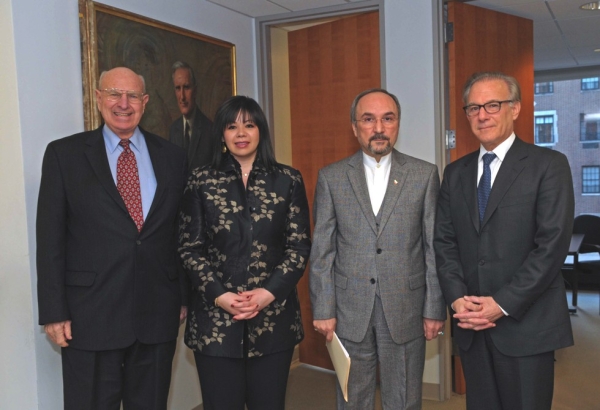 With the next round of nuclear talks between Iran and the P5+1 world powers group just days away, Asia Society brought together Iran's highest-ranking official in the United States, Ambassador to the United Nations Mohammad Khazaee, and former U.S. Under Secretary of State for Political Affairs Thomas Pickering to discuss breaking the nuclear impasse and the future of U.S.-Iran relations.

The result was an unprecedented public conversation between knowledgeable and influential individuals from Iran and the U.S., speaking in their official and personal capacities respectively, focused on arguably the most intractable foreign policy challenge today. Award-winning journalist and author David Ignatius moderated the discussion, which took place Wednesday night before a full auditorium at Asia Society in New York.

On the upcoming talks to be held on February 26 in Kazakhstan, Khazaee stated that Iran "does not oppose negotiation in any way," but cautioned that the U.S. approach to the process is undermining the chance for success. "As long as pressure is on Iran, as long as there is a sword on our neck to come to negotiations, this is not negotiations, therefore Iranians cannot accept that," he said.

While welcoming the suggestion put forward by U.S. Vice President Joe Biden for direct bilateral talks, Khazaee also expressed doubt over the seriousness of the offer as the United States continues to impose "new and harsher sanctions" against Iran.

Khazaee suggested a series of "ingredients" for successful negotiations, including "mutual respect, respect for Iran's national sovereignty, non-intervention in Iran's domestic affairs, and discarding the two-track policy of pressure and engagement."

Pickering outlined concerns that the United States and its friends and allies share over Iran's production of enriched uranium to a level of 20 percent, which is a short technical step away from the 90 percent purity needed for weaponization. He added, "We can find a way — on the one hand easing sanctions and on the other hand accepting limits on enrichment — which can begin to build trust and confidence."

Both speakers referred to the legacy of mistrust that exists between the two governments as a hurdle that must be addressed. "I believe that it's important to start small and to use small steps to build trust," Pickering said. Khazaee remarked, "The door is open for cooperation," specifically mentioning Afghanistan, Iraq, and security in the Persian Gulf as areas where both countries have common interests.

Asia Society's Vice President of Global Policy Programs Suzanne DiMaggio, who organized the event, said, "As we have seen over the years, when one side has been ready to negotiate, the other has balked. The Khazaee-Pickering dialogue was an opportunity to think through what a political solution might look like and the process to achieve it."

"The Obama administration has built a formidable international coalition against Iran, which has led to unprecedented sanctions and coercive measures," she added. "The start of a second term brings with it a window to pursue a political solution. This will require a shift from tactical maneuvers to a comprehensive strategy centered on step-by-step diplomacy, including direct bilateral talks. At the same time, Iranian decision makers must commit to working with their counterparts in Washington to reach a mutually acceptable approach for heading off a disastrous confrontation. This will require buy-in at the highest level of leadership in both countries."

Highlights: Overcoming a Legacy of Mistrust