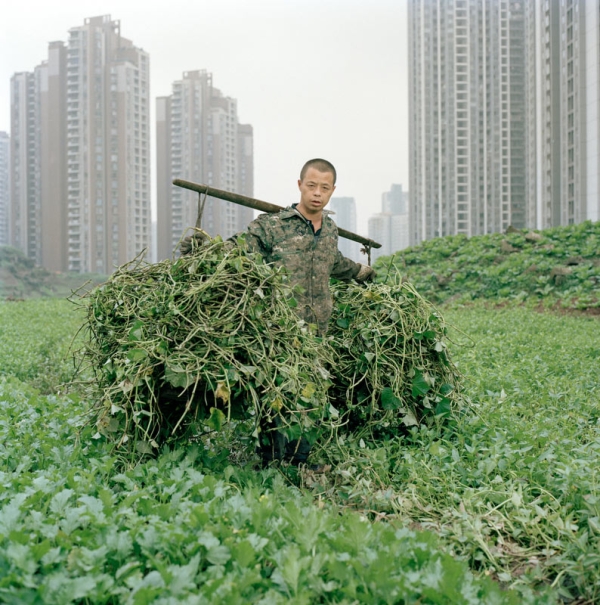 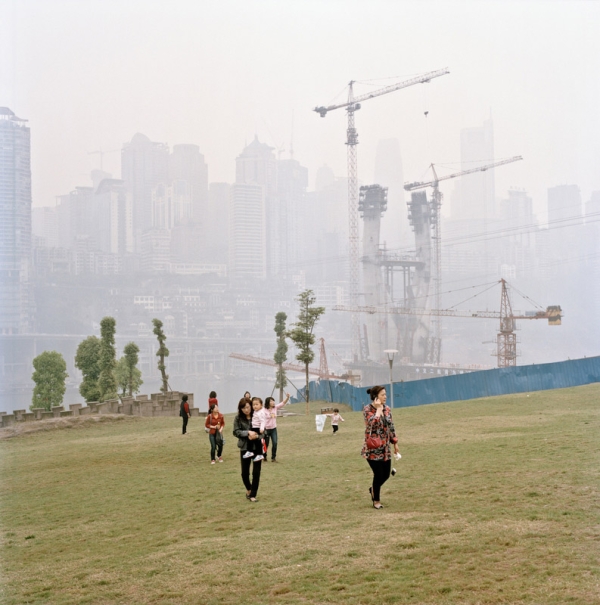 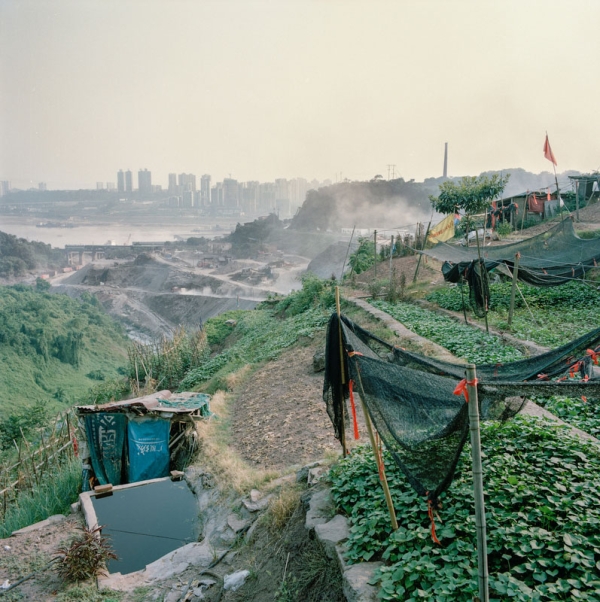 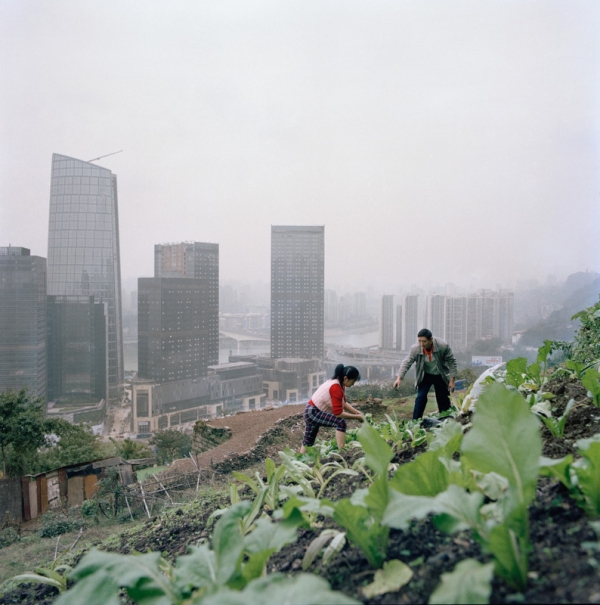 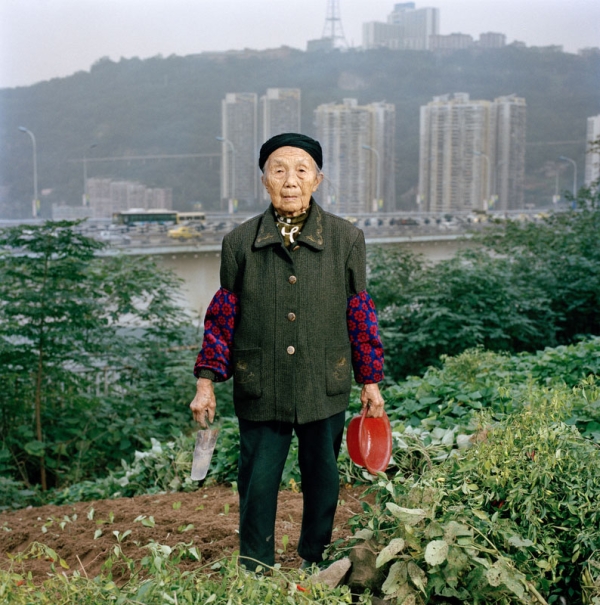 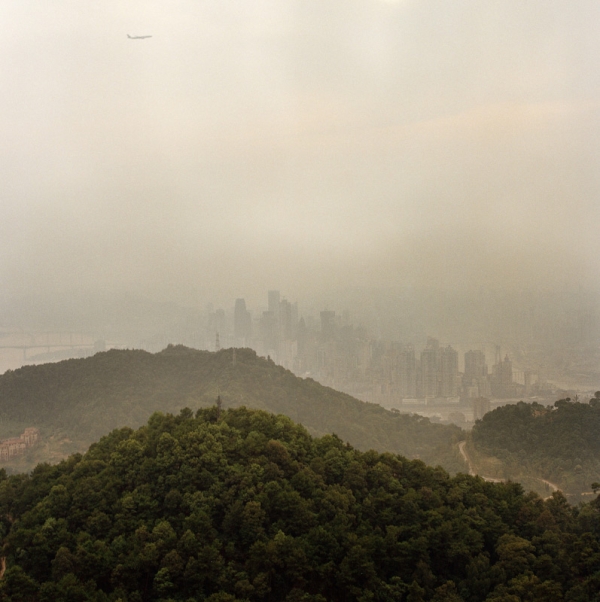 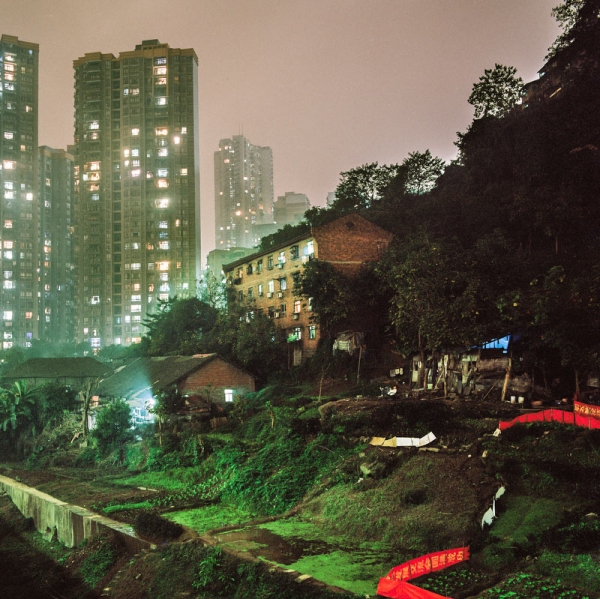 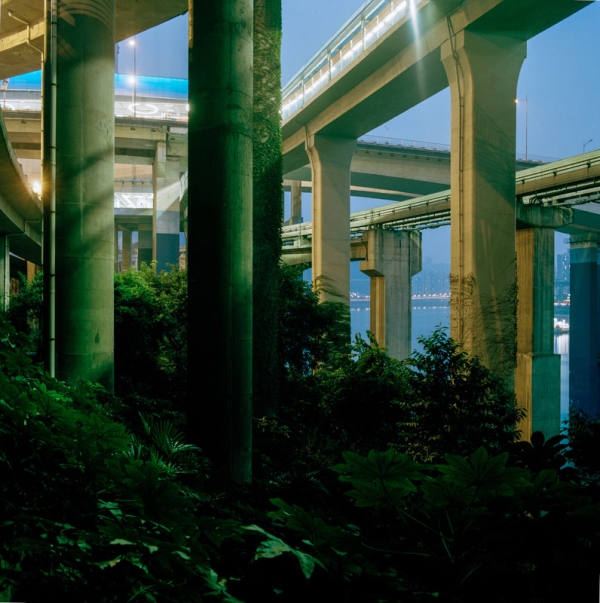 Tim Franco is a Shanghai-based, French-Polish photographer who is fascinated by the transformation of Chinese cities. In 2012, he traveled for a year to document Chinese architecture and urbanism. His forthcoming book Metamorpolis: The Rise of a Chinese Mega City will be published in July and focuses on the fast rate of urbanization in the megacity Chongqing. The city of Chongqing is situated at the confluence of the Yangtze and Jialing rivers in southwestern China. It is one of the fastest growing urban centers in the world, and its greater metropolitan area has a population of nearly 30 million.

In May 2014, a gallery of Franco's work titled “Between a Rock and a Hard Place: Urban Farmers in Chongqing” was published on Asia Blog partner site ChinaFile, which will host a discussion with the photographer at Asia Society New York on July 1. Franco spoke with Asia Blog via email about his experiences.

Tell us about your journey as a photographer. What first brought you to China, and what drew you specifically to Chongqing?

I studied engineering and management, which had nothing to do with photography, and I moved to China in 2005 because I wanted to discover this part of the world more. After a few jobs that brought me throughout China and Southeast Asia, I started picking up the cameras again to document the local music scene in Shanghai, and then eventually worked with international media and clients. The idea of documenting the fascinating urban growth in China was always in my head, but so much has been done about Shanghai, Beijing, and the famous coastal cities that I wanted to show something else.

I first traveled to Chongqing in 2009 when the focus was on the arrest of one of the biggest organized crime associations in the country. I immediately loved the city and its brutality. Both the aesthetic of its landscape and its fascinating history pushed me to start a long-term documentary there.

How does Chongqing’s rise speak to larger themes in China’s urbanization and development?

What’s happening in Chongqing is happening all over China; it is definitely not a one-city story. Urbanization, land grabs, housing development, and rural-to-urban migration (willing or forced) is happening across the country. The way it’s happening in Chongqing is very visual and intense, because the city has been targeted by Beijing as one of the major city of central China. In addition, after the floods of the Three Gorges Dam project, a large rural population was moved toward the city. Overall, the country is looking at how it’s done in Chongqing because of its massive scale: how the local government is going to deal with the massive influx of rural population, unemployment, housing, economic growth, and so forth.

What do you consider the major sociopolitical concerns facing Chongqing, and what can other emerging Chinese megacities learn from its growth?

Some say that Chongqing is one of the most highly populated cities in the world. But that is a misconception, because for now, the majority of its population is still rural. In the past few years, the urbanization north of the Jialing River (Jiangbei District) has massively advanced. Greater Chongqing still consists of farmlands. One of the most challenging issues for the city is the incoming rural migrant population added due to the incorporation of farmers, whose land has been grabbed (forcibly or willingly) by the local government in exchange for apartments and urban hukou (Chinese housing registration records).

From what I have observed, while younger generations may adapt more easily to an urban lifestyle, middle-aged and older people find themselves lost in this environment. With the lack of proper education or means for a job in the city, they often find themselves going back to the only lifestyle they once knew, which is farming or herding. That is what inspired of big part of Metamorpolis: seeing those farmers finding whatever piece of earth in the city is available and turning into profitable land.

The local government certainly has some lessons to learn in forming this new influx of rural population. Giving a city apartment in exchange for profitable land is not enough to turn a farmer into an urbanite.

The cover for 'Metamorpolis.' (Tim Franco)

Your new book Metamorpolis was a five-year-long project. How have you grown as a photographer through this process?

This is my first long-term project and I have certainly learned a lot through it. I began this project shooting everything that fascinated me: giant buildings, construction sites, gloomy districts, and incredible urban landscapes. Then, after showing the first part of the project to editors, journalists, and gallery staff, I slowly narrowed down my vision of this urban growth to what was unique about it and different: this struggle between nature and concrete everywhere in the city — this population full of paradox with farmers walking along white collars. This project also really helped me to find and refine my style over the years. I now have a much clearer vision of the photography I want to do.

What’s next for you — any upcoming projects you can share about? How are you hoping to stay connected to Chongqing?

Chongqing will always stay a special place for me. I am certainly going to go back and look at how the city is evolving. So much has happened in just five years that it’s hard to image what it is going to be like in five more. I am currently taking a break from urban photography to do a series of smaller projects based on portraits. My next big project will certainly go back to something along the lines of brutal urbanization. I haven’t decided the specifics and am allowing myself the necessary break time to shoot something completely different and refresh my mind before going back to it.