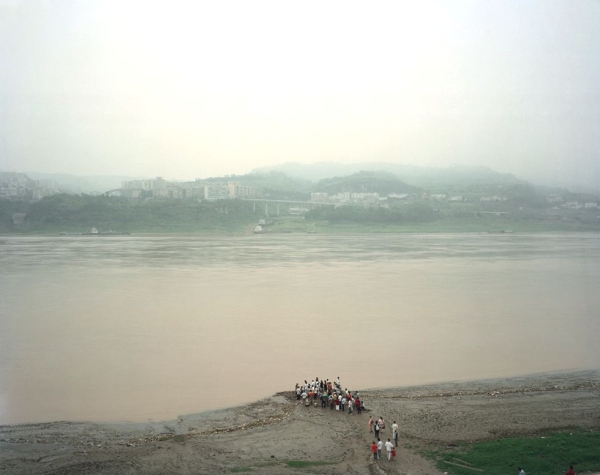 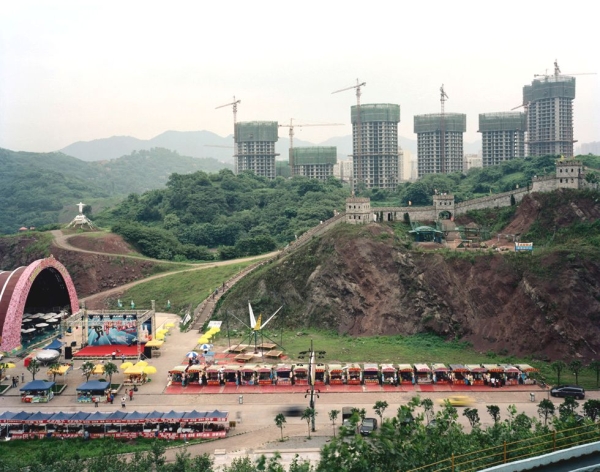 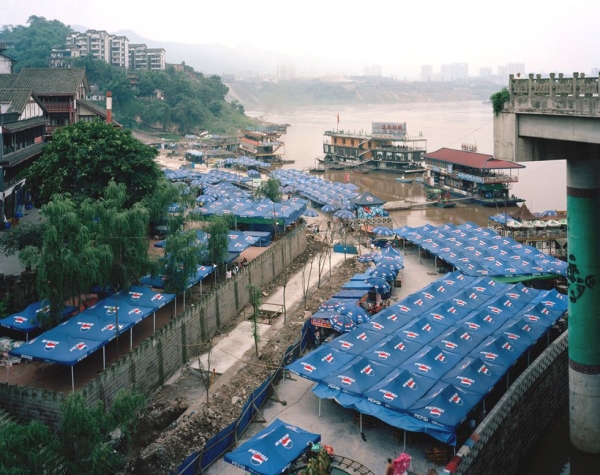 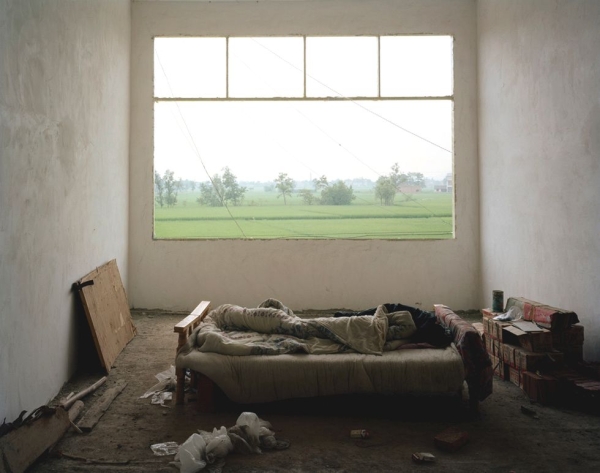 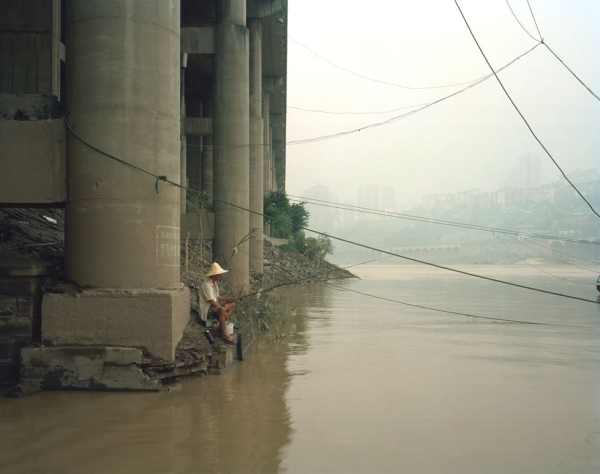 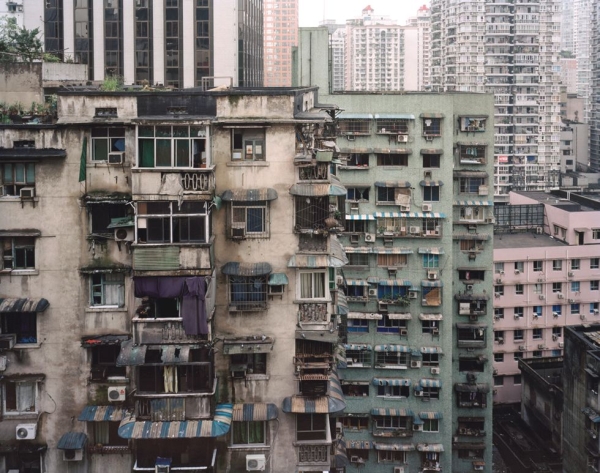 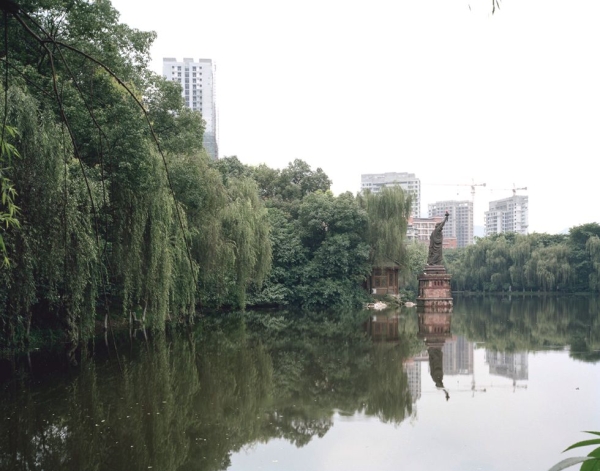 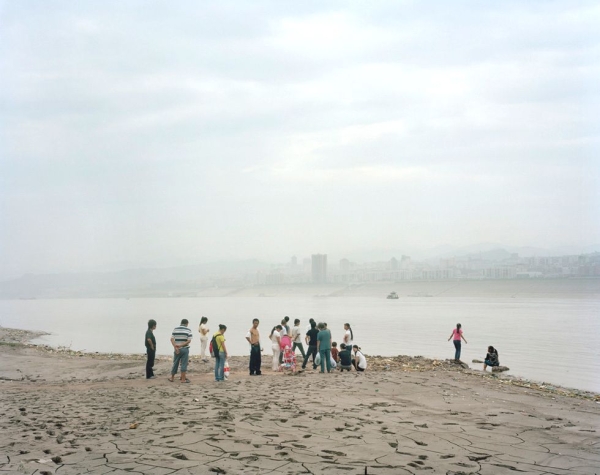 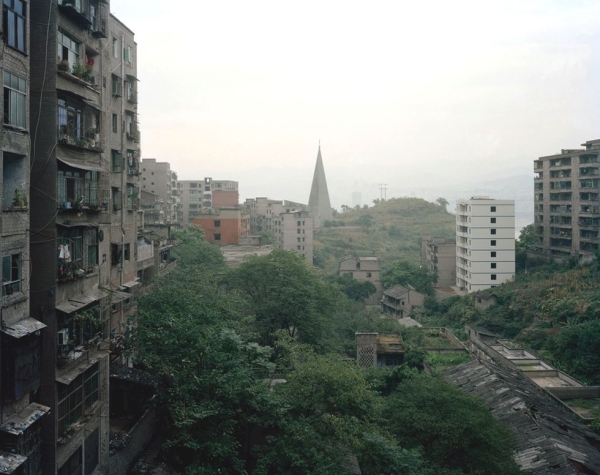 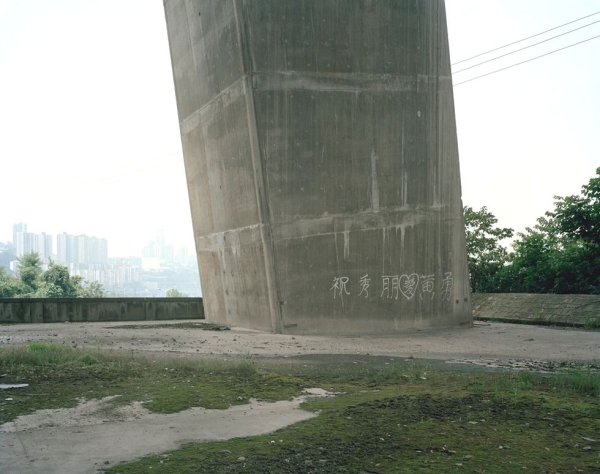 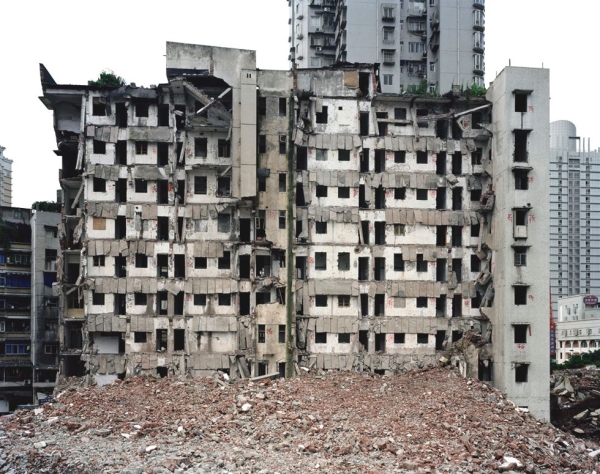 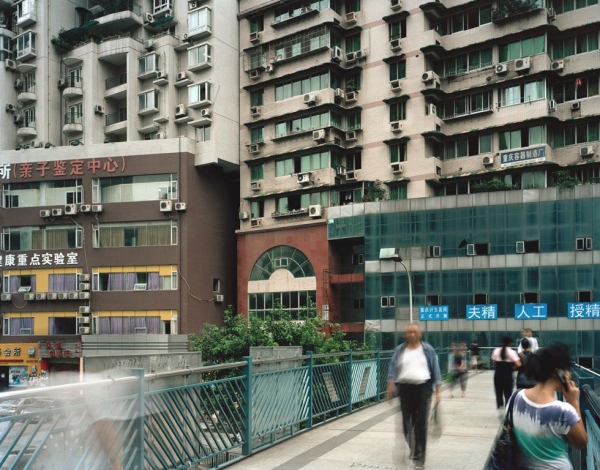 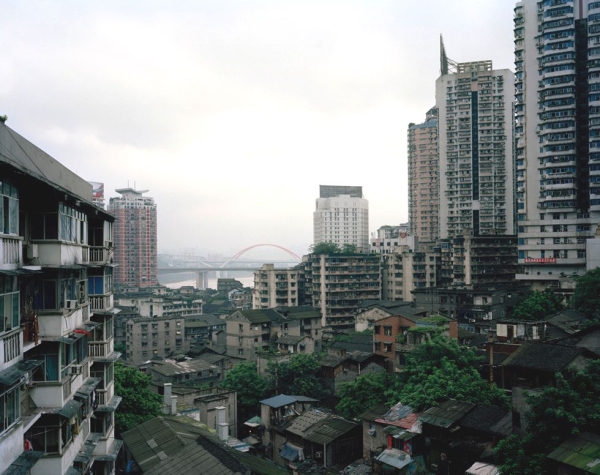 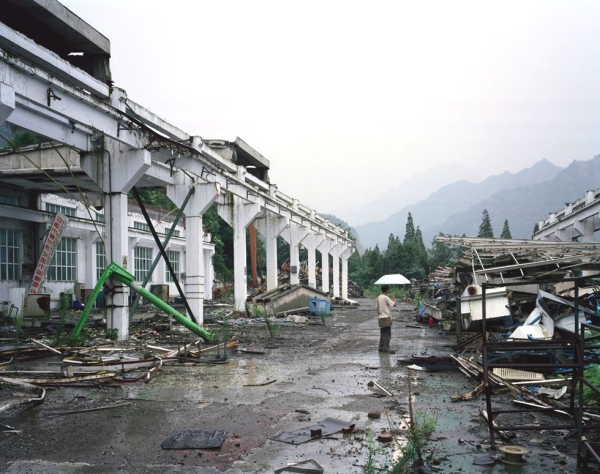 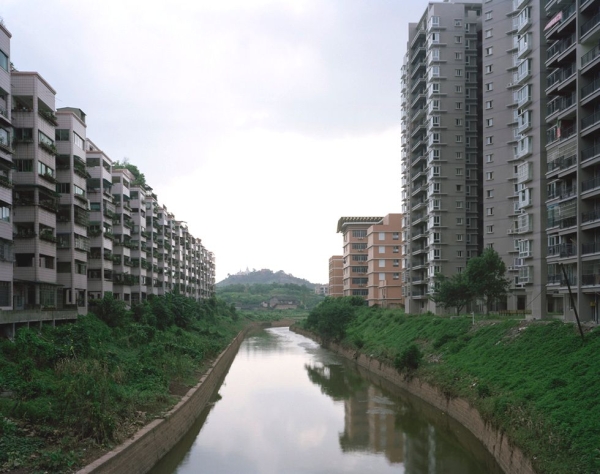 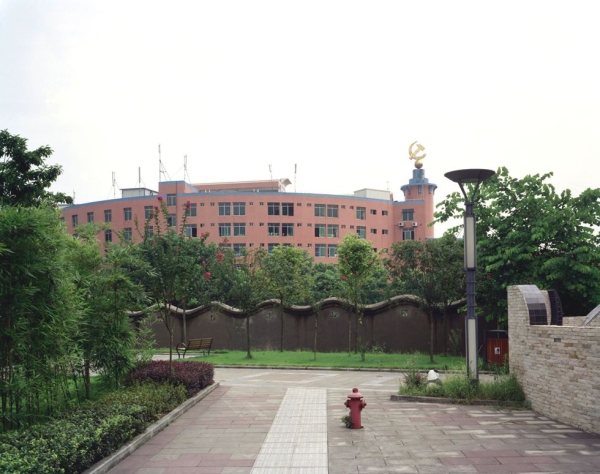 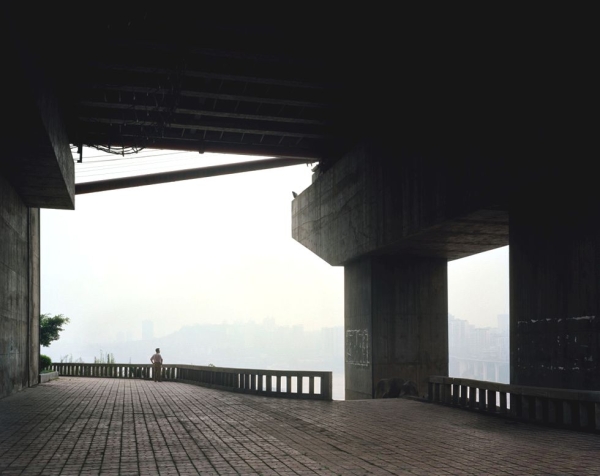 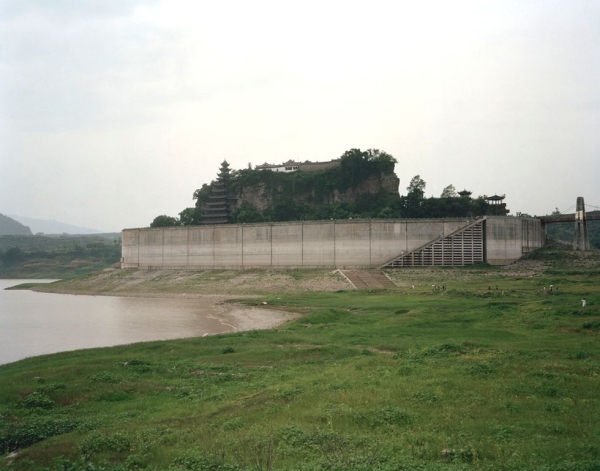 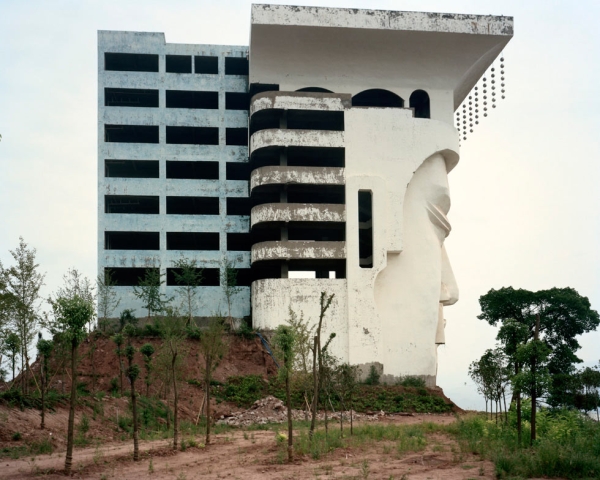 In 2009, Bo Wang, a U.S.-based visual artist originally from Chongqing, China, returned to his hometown to embark on a nostalgic photography project intended to capture the rapid change occurring in the fast-growing megacity. Wang captured the change, but in doing so the nostalgia soon wore off. The result is Heteroscapes, a stark, mesmerizing portrait of a conflicted city.

Wang, 29, currently based in Brooklyn, New York, is a research fellow at Asia Society's Center on U.S.-China Relations. He spoke to Asia Blog by email.

You call your collection "heteroscapes." What does that mean?

The title "Heteroscapes" was inspired by Michel Foucault's concept of heterotopia, referring to the alternative space between utopia and reality. For me, contemporary Chinese landscapes are not only evidence of constant renovations, they also embody collective delusions of a changing society.

What impression of Chongqing do you hope people will come away with after viewing your photos?

I consider Chongqing a place where deeply-rooted rural culture meets the most radical urbanization. It's also a very typical Chinese inland city with its own unique take on Western-style modernitym, which can look strange to an outsider's eye. When I started this landscape project in 2009, it had been nine years since I left Chongqing. I was inevitably nostalgic. However, the nostalgia easily failed when I confronted the reality — there was always something to puncture my optimistic mood, which brought me to situations more complicated than I ever expected. I hope the viewers could recognize the sense of failure by contemplating the seemingly nostalgic landscapes.

In your photos we see the old and the new, the crumbling and the under-construction. What was it like living in Chongqing during this period of tremendous change?

Interestingly enough, when I was little, I took changes for granted. I was born in the early 1980s, and grew up in the '90s. That was when radical changes were happening. But it all seemed so natural to me, and I would expect them to accelerate forever. It is only in recent years, when I look back, that I realize what a time of tremendous and pervasive changes it was.

What's the story behind the Statue of Liberty on the lake in one of your photos?

The Statue of Liberty replica sits in Chongqing's Shaping Park, where there are other fantastic replicas like Mount Rushmore and Sydney Opera House and more. In the early 1990s, theme parks popped up throughout China. There are a lot like that. I guess they really symbolized the society's optimistic attitude to embrace Western modernization at the beginning of economic boom in early '90s. However, many of those theme parks were later discarded due to an inability to sustain tourists' interests. Last September when I visited again, I could no longer find the Sydney Opera House replica.

Chongqing has been very much in the international headlines recently. As a native of the city, how has the news swirling around the Bo Xilai scandal made you feel?

In summer 2009 when I worked on the Heteroscapes project in Chongqing, I first heard about Bo Xilai's massive "red messages" campaign (he sent every cell phone in the city "red" texts, many of which were quotes from Mao Zedong). Some of my friends who work in government institutions (even colleges) said they needed to share a certain amount of those red messages every month. That's when I started to pay attention to this phenomenon.

I made an observational film about this red campaign later in 2010 and 2011, as my thesis project for my master's from the School of Visual Arts. What really struck me was the massive emotional connection many people felt toward the propaganda, even though much of it was very old fashioned.

It felt surreal and disorientating when I saw many scenes, like the spontaneous public performances that popped up everywhere. Sometimes they looked quite entertaining. But when thinking about the political context, it's hard to ignore the tension. Meanwhile, it was also hard to imagine that this outrageous campaign could end so suddenly and in such an abrupt way.