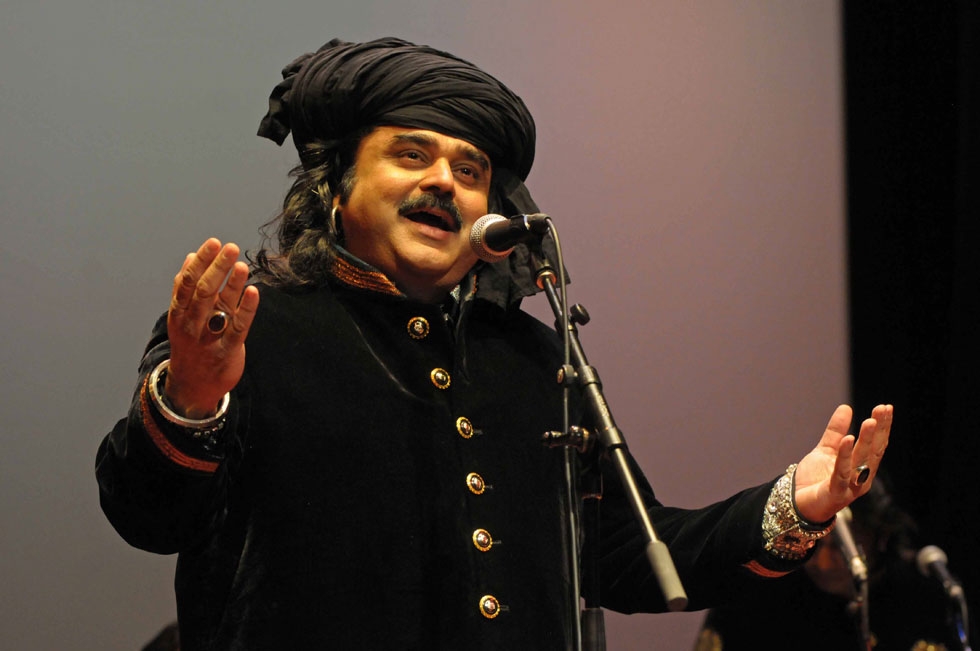 What do Jay-Z, The Rolling Stones, Nicki Minaj, Fiona Apple, Neil Young, and Pakistani musical legend Arif Lohar have in common? They all made The New York Times' list of the best concerts of 2012.

"A Punjabi folk singer who backs ancient songs with some plugged-in instruments, and a major star in South Asia, Mr. Lohar unleashed incantations praising divine love in his gutsy, indefatigable voice. As his band kicked up traditional rhythms and a psychedelic guitar wailed, not even the formality of the Asia Society auditorium could keep the audience from its feet."

Lohar's Asia Society appearances were part of our Creative Voices of Muslim Asia series, made possible by the Doris Duke Foundation for Islamic Art. (Special thanks to Caravanserai, which brought Lohar and his ensemble from Pakistan for their U.S. tour.) And if you missed the fun back in April, don't worry — we've got you covered.

If you only have time for one song, make it this epic rendition of "Alif Allah Chambey di Booti," which has been viewed nearly 400,000 times on YouTube:

And for those of you still on holiday, you can also watch Lohar's entire April 28 show right here (Lohar takes the stage at about the 1 hour mark):

What were your favorite concerts of 2012? Tell us in a comment below!