Interview: Jeff Yang on What Hollywood Can Teach the Corporate World About Diversity | Asia Society Skip to main content

Interview: Jeff Yang on What Hollywood Can Teach the Corporate World About Diversity 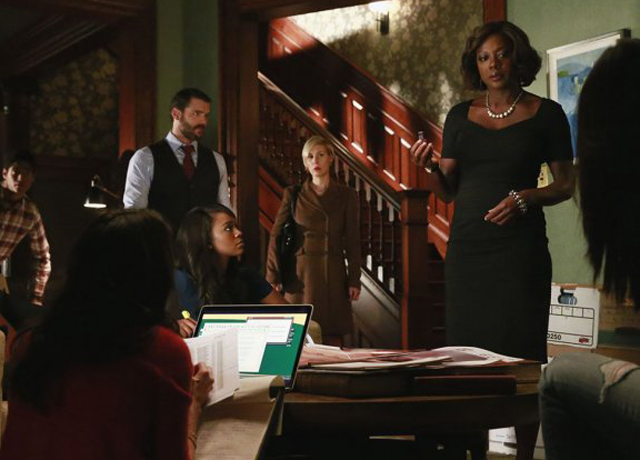 A longtime media and culture critic, Jeff Yang is uniquely positioned as both an outsider and an insider to the industry, a status he exploited as the author of the Wall Street Journal "Tao Jones" column from 2011 to 2015 and, previously, the "Asia Pop" column for the San Francisco Chronicle from 2004 to 2011. His son, Hudson Yang, stars as a young Eddie Huang on the ABC sitcom Fresh Off the Boat. On June 10, Yang will deliver a keynote address to Asia Society’s Diversity Leadership Forum on how brands can adapt to a "polycultural future."

On June 10, Jeff Yang will be a distinguished guest during the annual Diversity Leadership Forum in New York hosted by Asia Society's Global Talent Initiatives. For more information on the Forum and how to register, follow the link below. Learn more

AsiaBlog recently spoke to Yang about why advertising, television, and film are embracing diversity at different paces, what corporate culture can learn from diversity on screen, and why issues like affirmative action and the conviction of NYPD officer Peter Liang have recently divided the Asian American community.

You’ve argued, pointing to the success of TV shows like Empire and How to Get Away With Murder, that diversity is good for business. Are industries like entertainment and advertising embracing this argument?

Advertising was first to pick up on the fact that diversity is an opportunity, and not simply a requirement. By embracing cultural diversity — not just racial and ethnic diversity, but diversity of perspective, of storytelling, of aesthetics — you’re expanding the range of people you’re reaching and the inputs to what you’re creating. People are very aware that ethnic consumers are a powerful market. What they may not know is that beyond simply targeting ethnic and more broadly diverse consumers — women, LGBT people, people with different abilities — you’re also targeting the groups that are the most powerful engines of change in our society: the influencers, the trendsetters, the shapers of culture. When you look at all the phenomena that are altering the landscape for society, they’re coming from what we consider to be the margins and moving to the mainstream.

When you’re telling the same story from the same perspective again and again, eventually what you get is a culture in which you’re wedded to convention, you’re clichéd, you’re stale. By embracing diversity from the front end, by accepting the inputs of diversity and not just targeting diverse communities, you’re freeing yourself from that poverty of creativity. You’re getting a wider funnel for creativity because you’re tapping into more roots, more sources.

Why do we see a different pace of change in terms of embracing diversity for advertising, TV and film?

Diversity in many ways impacted advertisement first, and that’s because there’s less mediation. You’re using creativity to sell stuff to people. For generations, it’s been recognized that in order to sell to people with different perspectives, you need to create stories that target those perspectives by representing them on screen and by using unique insights about their culture to connect to them. Advertisement has been diverse for a while. Not perfectly so, but back in the 90’s you might be watching mostly white TV, but the ads would have more diversity than the shows they were running alongside.

TV has been second because TV’s business model, like advertisement, is the long game. Brands are engaged in long-term, maybe lifelong, relationships with consumers. Television studios and networks are engaged in season-long, maybe seasons-long relationships with consumers. Casts are bigger and stories span many more hours, so they are freer to be inclusive. Yet even then, the business of Hollywood for many years still prevented television from fully being diverse until just a couple seasons ago when the dams were broken.

When you create a film, you’re basically launching a $40 million or $100 million business from scratch. That business will live or die based on one weekend two or three years after you launch that business. It’s a model that is so inherently loaded with risk that the pace of change is glacial for film compared to television and advertisement.

There are more content producers and distributors today than ever before. Is the diversity we see on screens today the result of more segmented channels or of a larger cultural shift?

It’s a little bit of both. The fact that you have a much broader set of platforms, the fact that technology has opened itself up so that there are more creators and more consumers, means there are more opportunities to break up narratives and look at smaller audiences as your targets. It’s no longer like back in the 1990’s when you had four, maybe five big outlets for television. Now you have four or five hundred, maybe four of five thousand. Even outlets that don’t exist in the United States are accessible now. There are people who are taking international television and culture hacking it, translating it into different languages and uploading it for streaming purposes on platforms like Viki or YouTube.

The availability of content, the volume of content has exploded. Right now is a creative renaissance for television in a way that we’ve never seen before. This is the true, new golden age: better TV and more TV than ever before. And also TV that represents a wider array of perspectives and storytelling styles. Those two things are not somehow coincidental. When you have more TV and more platforms and more reach, you also have a much wider diversity of people who are creating the content and making gatekeeper decisions about the content.

Have any new shows featuring diverse protagonists caught your eye?

A lot of things rotate around this seemingly shuttle shift of recasting the role and then proceeding from there and saying, “how does the story change when we have this new individual at the center?” Even when you’re not trying to tell an ethnic story, you still end up telling new stories and stories from an ethnic perspective when you do original casting that is inclusive and diverse.

What can the corporate world learn about diversity from Hollywood?

Pop culture is a trailing indicator of society. When you see stuff happening on screen, it’s because mainstream society is ready to acknowledge and engage with the changes that are being represented. Pop culture is a step behind society, and brands are a step behind pop culture. Even if advertisement shifts faster than film and television, the culture of brands themselves, of corporate America, takes longer. The actual decisions to invest and to reshape the enterprise based on what’s already often happening in one’s marketing and advertising plans takes longer. Corporate America’s response to change is slow, but when it actually makes those changes, it creates a landslide effect. It finishes the job of reorienting America because so much of America is hinged upon what brands’ decisions look like.

There are a number of big changes that are taking place right now in the world of popular culture and all of those have analogs within the brand space. Things like moving beyond simply representation and to personalization so you’re not just talking about throwing diverse representation on screen. Just because you have a black person represented, doesn’t mean you’re representing all black people. In fact, it’s okay to have two or three or five people of color, because not all people of color are the same. Things like empowering consumers. The more you actually let consumers under the tent, the more you actually put them at the center of the conversation around your brand, the more you give them license to tell you what they want, the more likely you’ll be connected to changes that are rippling across society. That’s challenging for brands because they tend to be control freaks.

Last fall you participated in a discussion at Asia Society Texas Center about affirmative action. A recent Supreme Court case has highlighted a vocal segment of the Asian American community opposed to affirmative action in university admissions, because they believe it hurts their children’s admission prospects. What do you make of this argument?

The majority of Asian Americans are for affirmative action as a principle. When you talk about court cases and society and institutions, we can’t make decisions about those things based on radical self-interest.

Asian Americans absolutely benefit from affirmative action in places like corporate America, where there is a push to be more inclusive, of hiring practices and promotions practices to ensure that Asian Americans are represented in the boardroom and not just in middle management.

One thing struck me as particularly ironic in that debate with Vijay Jojo Chokal-Ingam, who is famous first and foremost not for anything he’s done, but for being the brother of a famous sibling, Mindy Kaling. Mindy, like many other people of color in the entertainment industry, got her first chance to be a writer in a writers’ room because of a race-based quota that the studios have for women and minorities. Her first chance to break into this insular environment came as a result of the opportunities that affirmative action provided to address the fact that, historically, the business of Hollywood was white and male and hugely insular. If you look across Hollywood, the biggest reason television in particular is being transformed is because of people who have came through these programs and who have embraced the opportunities that affirmative action provide, but succeeded on their own merits and talent.

The case of Peter Liang — the New York police officer convicted of manslaughter for the shooting of an unarmed black man in an apartment stairway — split New York’s Chinese-American community. Why do you think the case has become so divisive?

I totally get why some people are enraged. It is weird and suspicious that the only case ever brought to conviction in the recent history of the many tragedies and acts of ridiculous anti-black abuse by police is the one with the Chinese American officer out of the field of white abusers. That’s enraging. But the response is not to say, “he should get off too,” that the abuses of the system that have allowed police brutalization to occur and disproportionately harm African Americans somehow should also extend to the Asian American officer. The Chinese Americans who have stood up for Peter Liang seem to have lost sight of the fact that it is ultimately about an abusive system, and that you can protest against the abuses of that system and ask for change. If we are, as a community, first and foremost asking for the same kinds of abuses, excesses, corruption, neglect to be afforded to us then there’s something wrong with the lessons we’re learning from America as immigrants and as the children of immigrants. That’s what troubles me most.