For providing a brilliant blueprint for responding to disaster 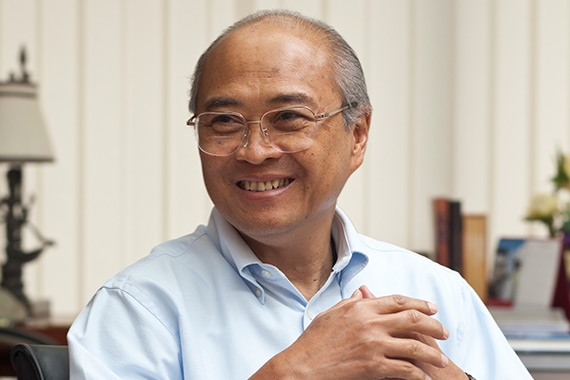 If Indonesian government official Dr. Kuntoro Mangkusubroto is credited with having coined the phrase “build back better,” it’s because his leadership after the 2004 tsunami that took more than 230,000 lives across Asia set a new standard for post-disaster management. Mangkusubroto led the reconstruction effort in the Indonesian province of Banda Aceh (where some 170,000 lives were lost), directing a recovery effort whose budget eventually reached $8 billion. Disproving the cynics, Mangkusubroto cut through thickets of bureaucracy and corruption and made sure that reconstruction projects began immediately; as just one example, when his agency partnered with UNICEF to rebuild earthquake-resistant and child-friendly schools, 200 of those schools were completed by February of 2009, less than five years after the tsunami.

Mangkusubroto is famed for his ability to spur rebuilding that is both practical but also intended to minimize damage from future calamities. He had another chance to put that ethos into practice in 2013, when he led a UN-backed campaign to design a recovery plan for the areas of the Philippines devastated by Typhoon Haiyan. A veritable icon in the field of disaster response and relief today, Mangkusubroto was the single most-recommended panelist for the Pacific Cities Sustainability Initiative co-hosted by the Asia Society and Urban Land Institute earlier in 2014.