Asia Society honored nine extraordinary individuals and organizations at the fourth annual Asia Game Changer Awards last night in New York, recognizing those who have made a positive and transformative difference in Asia and throughout the world. The Asia Game Changer Lifetime Achievement Award was awarded to His Highness the Aga Khan, a religious leader and philanthropist who has embodied the values of the Asia Game Changer awards through his six decades in public life.

“Any leader of a global community prays for one thing: peace,” the Aga Khan said, following an introduction from former New York Mayor Michael Bloomberg and Sharon Rockefeller. “So men and women can live in safety and build with strength and courage and wisdom.”

The Aga Khan’s award capped off an evening honoring those from a wide range of ages, professions, and nationalities. It was little surprise, then, that Dev Patel — the telegenic star of films such as Lion and Slumdog Millionaire — began his acceptance speech by describing his awe of the other honorees.

“I feel like I have impostor syndrome being among all these individuals,” he said.

It was a night that, as Game Changer presenter and former First Lady Laura Bush noted, recognized the power of young girls and women to change the world. Consider Aisholpan Nurgaiv, a 15-year-old Mongolian girl who shattered gender barriers by excelling in the traditionally male-dominated sport of eagle hunting. Or the young Sonita Alizadeh, who, after fleeing her native Afghanistan to escape an arranged marriage, achieved widespread recognition for rapping about female empowerment.

Last night, Alizadeh performed a special English-language version of her rap in front of an astonished crowd. But it was only one element of what became a joyfully musical evening. Wu Tong, her fellow Asia Game Changer, performed a gorgeous song on the sheng, an ancient Chinese instrument he popularized through his involvement in the internationally celebrated Silk Road Ensemble. And the night concluded with a three-person performance by the Aga Khan Music Initiative Ensemble that brought the audience to its feet.

The Asia Game Changer Awards also recognized two exceptional leaders from the world of business. Jean Liu, a co-founder of Didi Chuxing, was honored for revolutionizing the car service industry in China. And Japan’s Tadashi Yanai, whose Uniqlo brand rose from humble beginnings to become a global retail force, received an Asia Game Changer award for his philanthropic efforts in helping his country recover from the devastating Fukushima tsunami in 2011.

A person who stole the show last night wasn’t even a person at all — but a muppet. During the presentation of an Asia Game Changer award to the Sesame Workshop, whose educational programming has made a tremendous difference in promoting literacy in Asia’s poorest countries, the organization’s Executive Vice President Sherrie Westin brought along Zari, a new muppet from Afghanistan, who has become a source of inspiration in a country where two thirds of girls do not attend school. 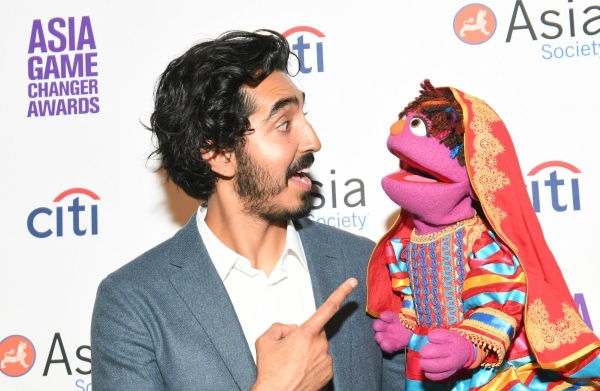 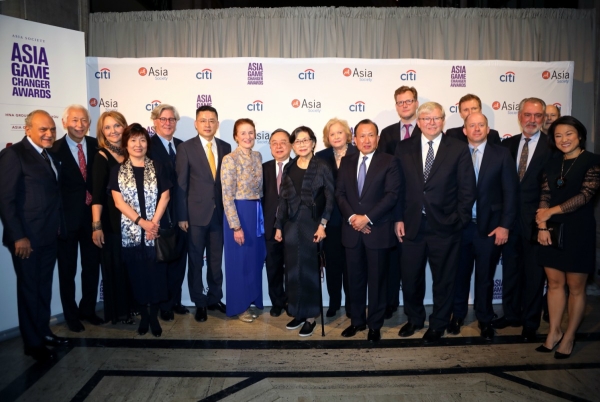 Asia Society trustees and other VIP pose prior to the Asia Game Changers awards on November 1, 2017. (Ellen Wallop/Asia Society) 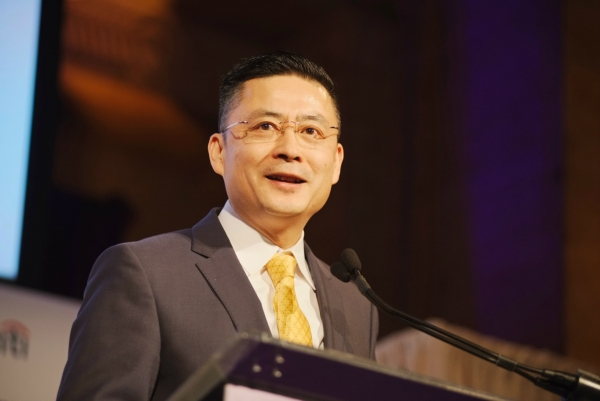 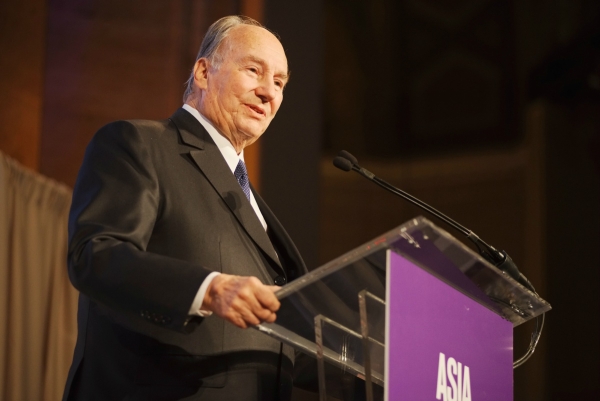 His Highness the Aga Khan delivers an acceptance speech after being honored with an Asia Game Changer Lifetime Achievement Award. (Jamie Watts/Asia Society) 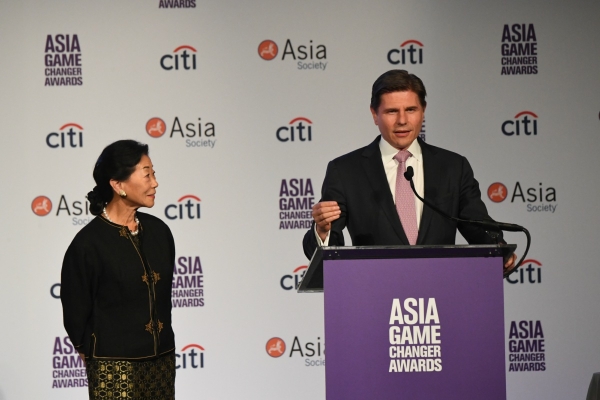 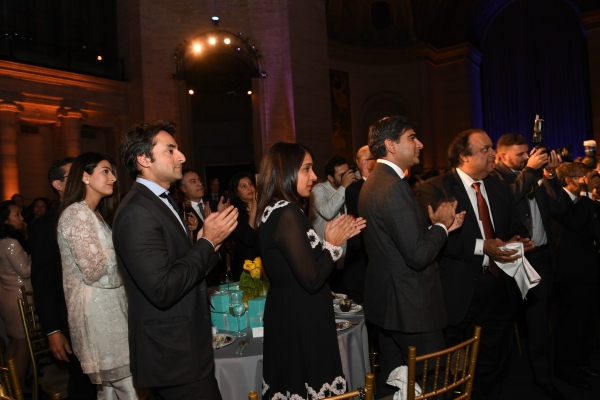 Audience members give His Highness the Aga Khan a standing ovation at the Asia Game Changer awards on November 1, 2017. (Elena Olivo/Asia Society) 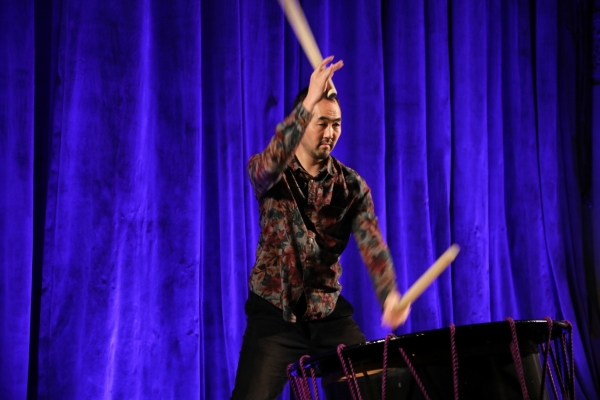 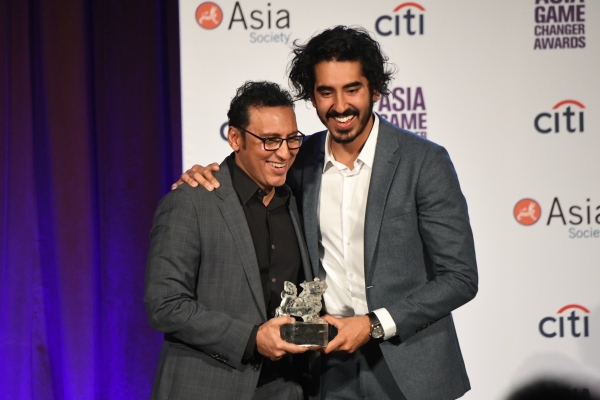 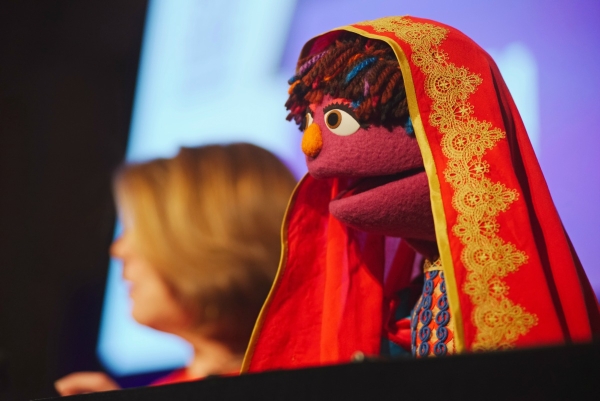 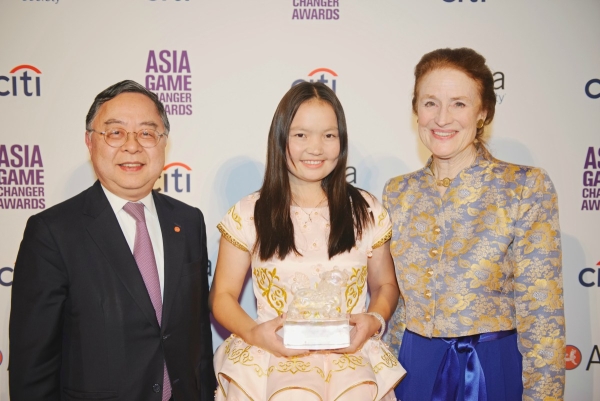 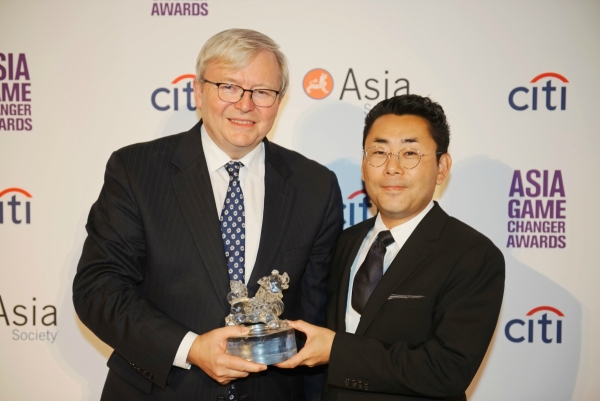 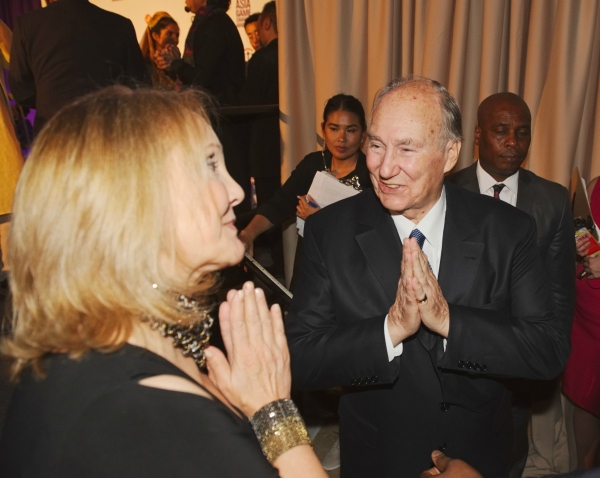 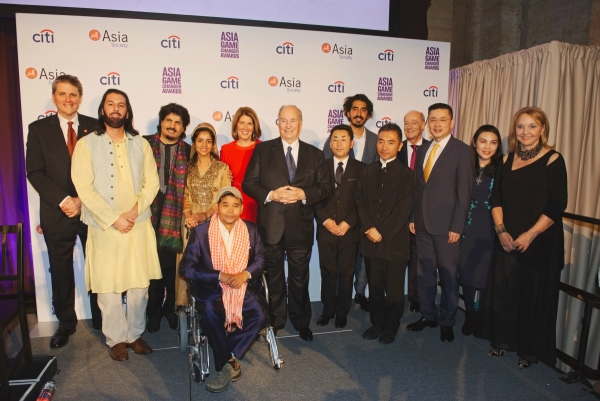 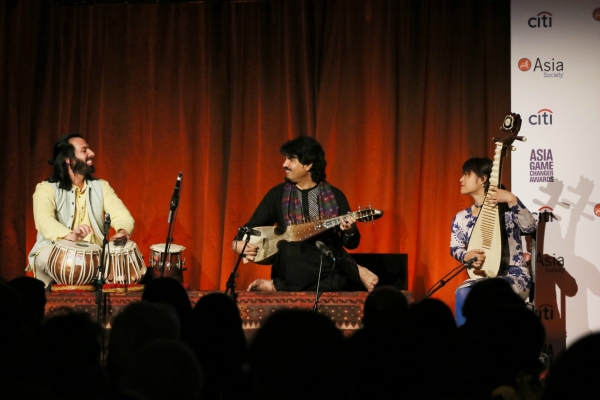 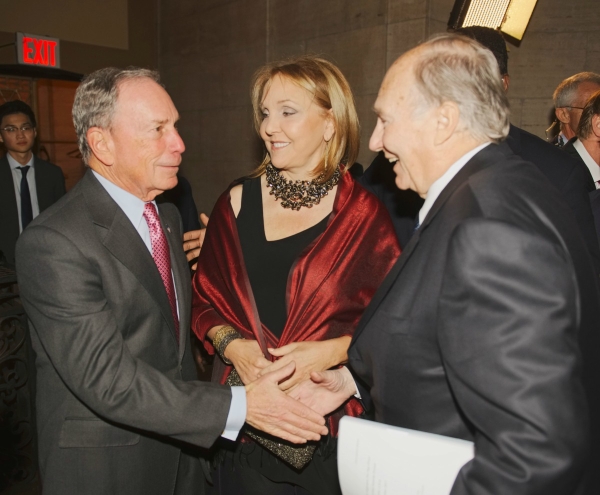 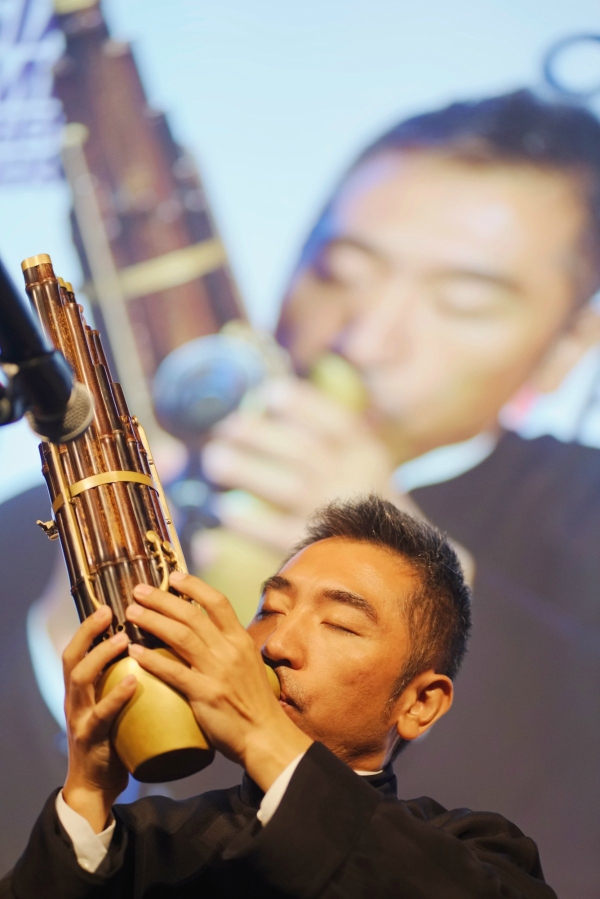 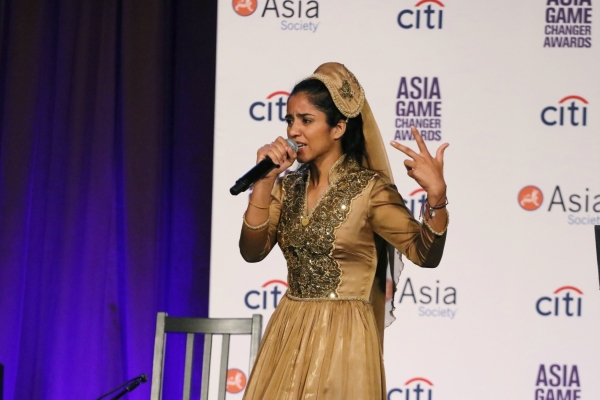 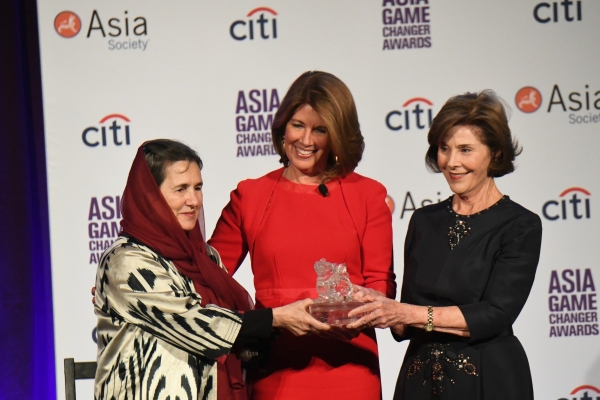 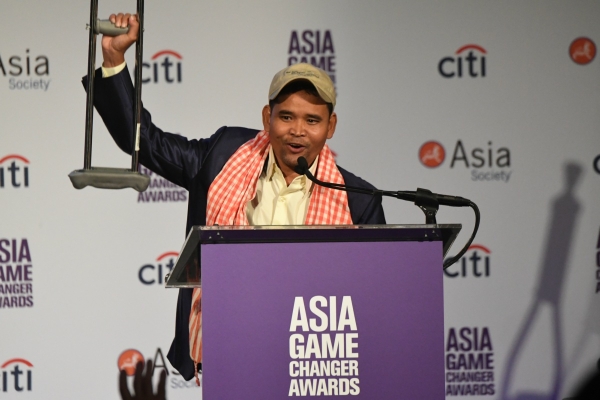 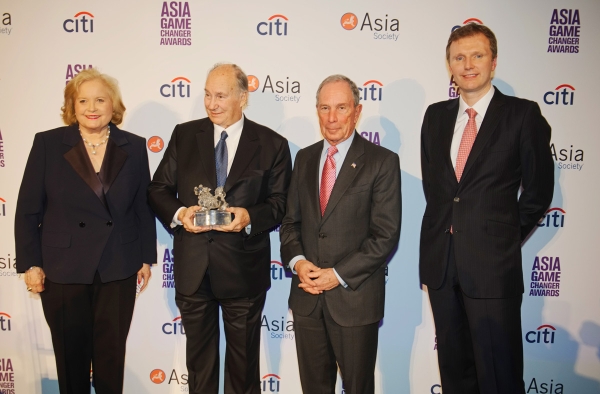 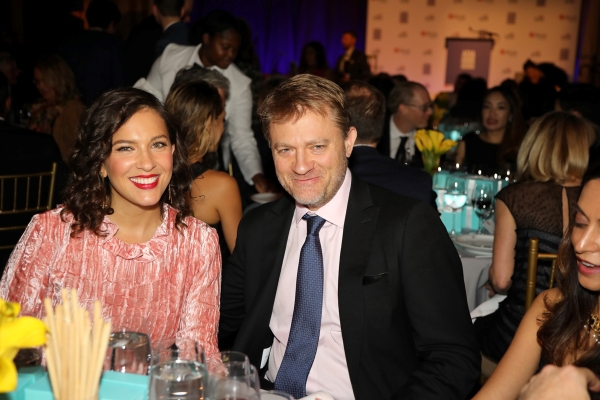