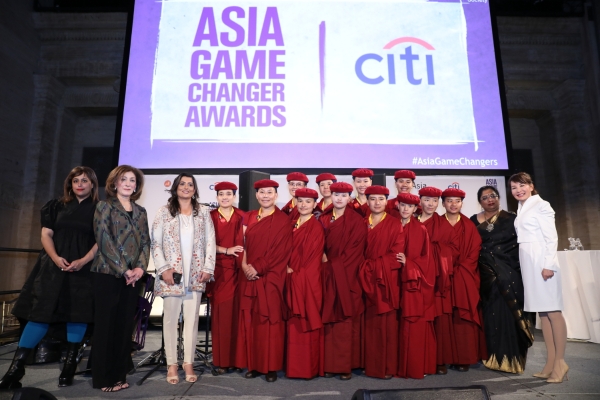 The 2019 class of the Asia Game Changers. (Ellen Wallop/Asia Society) 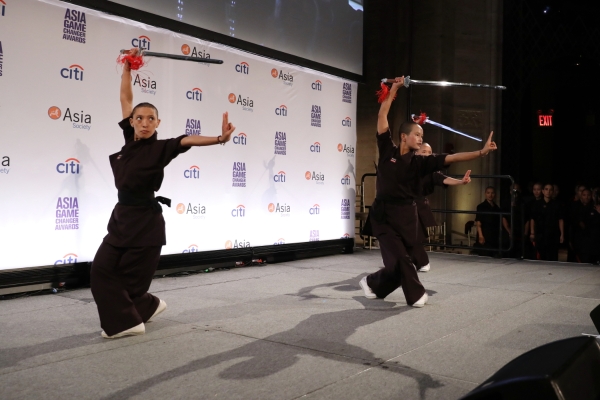 The Kung Fu Nuns of the Drukpa Lineage demonstrate their skills at the Asia Game Changer Awards. (Ellen Wallop/Asia Society) 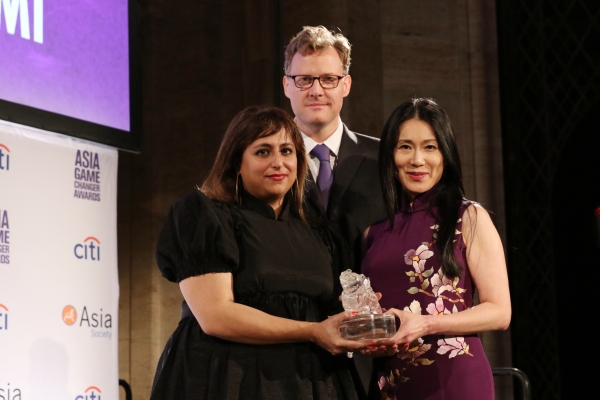 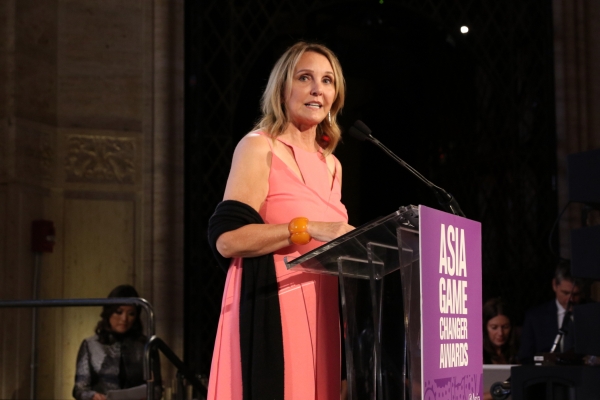 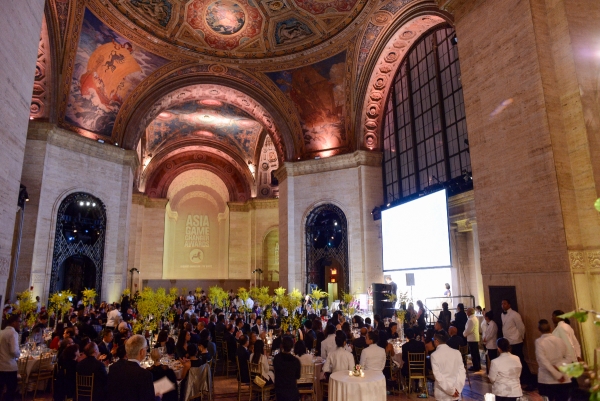 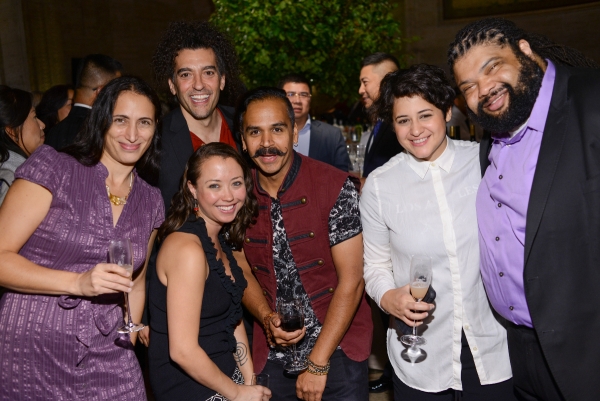 Members of the musical group Sunny Jain's Addiction prior to their performance at the Asia Game Changers Awards. (Casey Kelbaugh/Asia Society) 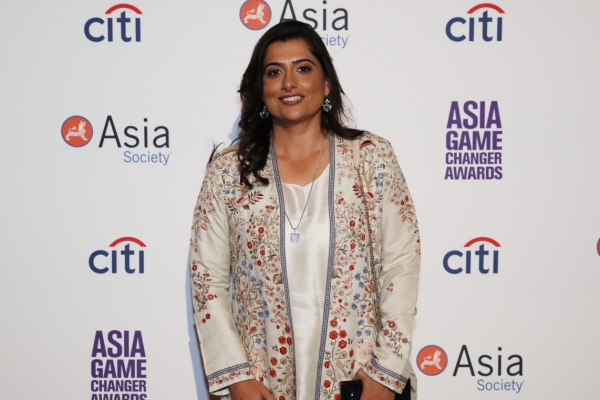 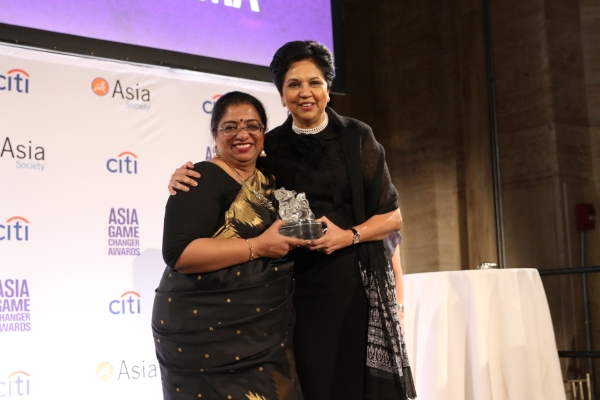 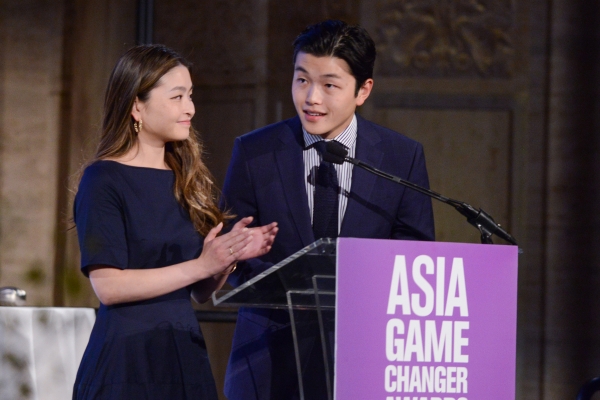 Olympic medalists Maia and Alex Shibutani present an Asia Game Changer award to Tokyo Governor Yuriko Koike, who was unable to attend due to the recent typhoon that struck Japan. (Ellen Wallop/Asia Society) 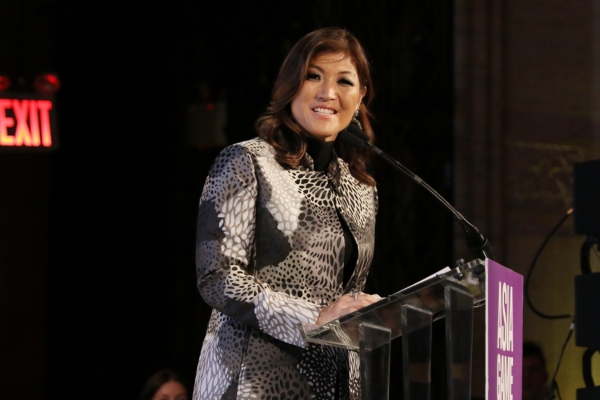 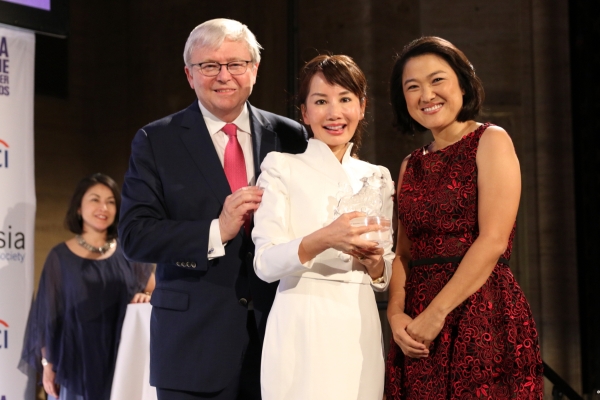 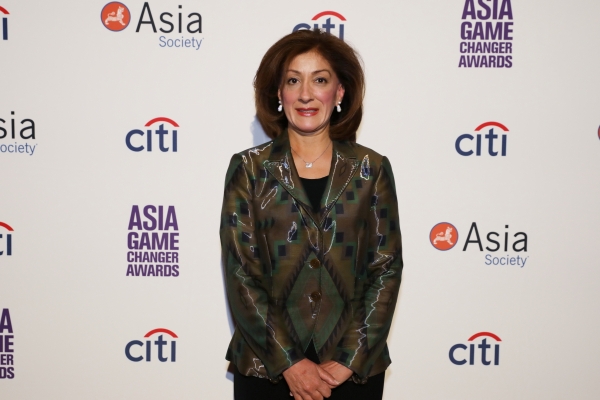 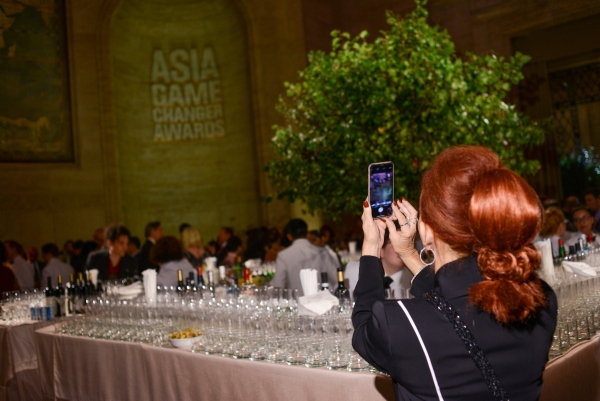 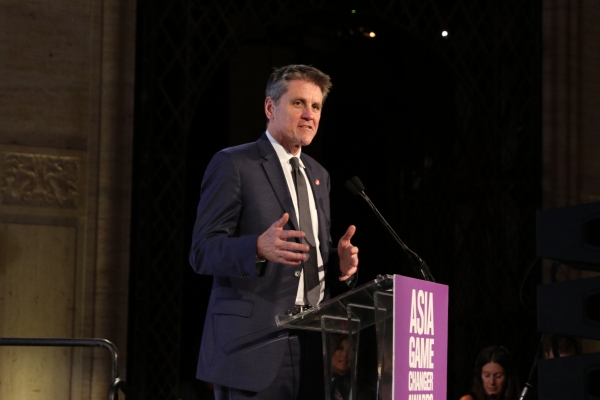 NEW YORK — The sixth annual Asia Game Changer Awards, held Thursday evening at Cipriani in New York, recognized an extraordinary set of honorees in politics, business, sports, and culture from across Asia, celebrating individuals distinguished both by their personal achievements as well as contributions to society.

For the first time, all of the 2019 Asia Game Changers were women.

“Trailblazing: We’re going to hear that word a lot tonight,” said Emmy-award winning journalist Juju Chang, who presided over the ceremony. “As it’s a fitting moniker for each and every one of the Game Changer Class of 2019.”

As a child growing up in Pakistan, Sana Mir saw few other girls — and even fewer women — playing the national sport: cricket. Refusing to let that stop her, Mir joined the country’s fledgling women’s cricket team and went on to become one of the top female cricketers in the world. Mir is “first and foremost a true champion in her field, which is the pitch — but she’s also a champion for millions of girls and young women on the field and off,” said Ambassador Chan Heng Chee, Asia Society Co-Chair, while presenting Mir with the award.

Mir, who is also an Asia 21 Young Leader, dedicated her award to those standing up for climate change, to women helping each other, and, particularly, to children of war-torn nations. “My prayer today is that the leaders of today and tomorrow see the world through the lens of the child, the way the child sees the world, so we can safeguard their rights without regard to the color of their skin, race, religion, or nationality,” said Mir.

Like Mir, Sheikha Hoor Al Qasimi has made waves in an arena previously dominated by men. After becoming the first woman to head the United Arab Emirates’ Sharjah Biennial, Al Qasimi transformed it into a world-class art exhibition, broadening the scope of art in the Gulf and beyond.

“When people ask what I’m doing, I just say I’m doing my job,” said Al Qasimi.“It’s our responsibility — people who work in culture and education and other fields — to create an enlightened future generation.”

Indra Nooyi, chairman and former chief executive officer of PepsiCo who was last year named Asia Game Changer of the Year, said she was thrilled to be passing on the baton. “As someone who found success in an industry long dominated by men, I could not be more excited to help celebrate the first all women class of Game Changers.”

When Yuriko Koike was elected Tokyo’s first female governor in 2016, some said it was less shattering a glass ceiling — it was  breaking an iron plate. Speaking by video from Tokyo, where she had stayed to help her city recover from the deadly Typhoon Hagibis and ongoing floods, Koike said she was “honored and humbled to receive the award.”

“It is amazing to see so much ‘women power’ in so many different fields from such diverse backgrounds and from many different countries,” she said. “It just goes to show, us women — when we put our minds to something, we just go for it and get it done.”

Police detective Chhaya Sharma made headlines in her native India in 2012 when she helped solve a high-profile rape case in Delhi. But for Sharma — one of a small number of top-ranking female police officials — success is a simple matter of doing her job. “What I have been doing all along is just what is my duty,” she said. “This particular duty can bring you so much recognition and respect. I wonder what this world would become when all of us make the effort to do what we’re supposed to do and do it religiously.”

At the Chinese online travel giant Ctrip, CEO Jane Jie Sun has made a point of promoting gender parity at her company — demonstrating how successful a company can be when it creates a workplace friendly to all. “Today in a world that feels so turbulent, we feel so privileged to be a bridge between the East and West.”

Faiza Saeed, the Presiding Partner of Cravath, Swaine & Moore, in 2016 became the first woman to lead the prestigious law firm. Diversity and inclusion, she said, was critical to its success.

“I have to say, so much of what we experience is about what divides us, and so an evening like this is really very inspiring for all of us,” she said. “There is so much more that connects us than divides us. It’s a lesson to all of us on belonging and inclusion — how much better we can do when we’re feeling a sense of common humanity as opposed to division.”

The evening was also a chance for the awardees to show off their skills. The Kung Fu Nuns of the Drukpa Lineage have devoted their lives to helping their community: advocating for girls, protecting the environment, and serving as first responders during disasters like the 2015 Nepal earthquake. Originally honing their Kung Fu skills as a means of self-defense and meditation, the nuns draw awestruck crowds whenever they hold a demonstration. Soaring across the stage with gravity-defying kicks, they stunned with their acrobatic feats, drawing oohs and ahs from the Cipriani crowd.

“We do not believe in empowering women as the term means giving power or passing down power; we believe in awakening the power every woman has in them… May more women and girls around the world realize that power is ours and it’s not something given by others. It is ours to own,” said a representative of the nuns, upon receiving the award.

“We believe no one is coming to save us, we will be our own heroes.”