For empowering children to change the world 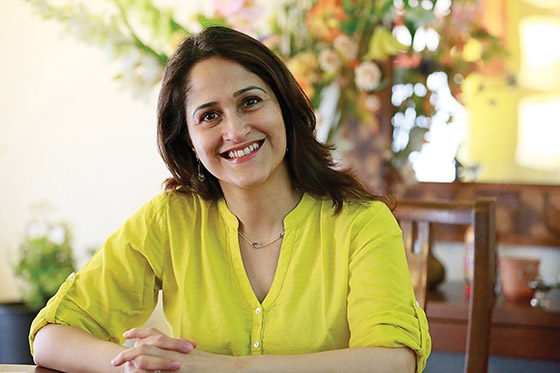 When Indian interior designer Kiran Bir Sethi’s young son was in school in Ahmedabad, a city in western India, she noticed that his teachers rigidly stuck to the textbooks and punished students who deviated from the prescribed lesson plan. Realizing that most of India’s hundreds of millions of schoolchildren were being educated in the same inflexible manner, she founded The Riverside School in Ahmedabad in 2001, aiming to provide an alternative model which focuses on “quality of learning,” “student well being,” and “empathy in education.” These may seem like obvious ideals to some, but in certain parts of India it was a game-changing move.

For one lesson, Sethi had students roll incense sticks for several hours in order to experience what it means to be a child laborer. “It transformed them,” she later recalled. “Once that happened, they were out in the city convincing everybody that child labor just had to be abolished.” This emphasis on being a good human being has also proven compatible with traditional academic achievement. On national assessment scores in math, English, and science, Riverside rivals India’s top schools and has served as a model for many educators around the world.

In 2009, Sethi expanded on the principles practiced at Riverside to found the “Design for Change” movement with the goal of getting children to drive change in their communities by unleashing what she calls their “I can superpower.” The movement to encourage youth volunteerism, which has since spread to more than 300,000 children in 35 countries, is based on a simple but revolutionary model: It asks kids to feel any problem that bothers them, imagine a way to make it better, do an act of change, and share their story of change with the world.

Sethi says the results have been “incredible.” She’s seen reports of youth participants doing everything from filling potholes to stopping child marriages. She points out that when people see good being done around them, it can have a pandemic effect. “Contagious is a good word,” Sethi said during a TED Talk. “I like the word. Laughter is contagious. Passion is contagious. Inspiration is contagious.”