Three Steps to Put Global Issues into Your Science Class 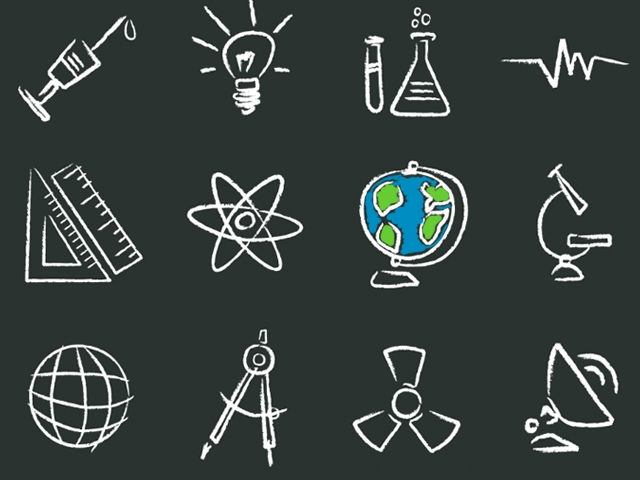 Science surrounds us in our lives at home, school and work, and almost everyone uses technology and scientific applications daily without even thinking about it. Our economy is increasingly science-based and needs scientifically competent graduates. And to be informed citizens of the 21st century, our students need to be able to judge policy issues that increasingly have a scientific or technical base.

The symbols of science themselves are international, like those for mathematics and music. Studying the origins of science in itself is one step toward showing the international dimension of scientific inquiry. But learning by doing is the most essential means by which students will ultimately understand the roots and implications of global problems and learn the means by which, working with peers around the globe, to solve them. Indeed, almost any scientific topic can be taught through an international lens. Addressing the global dimensions of science is not an add-on to the curriculum but a way of enriching the required curriculum while still meeting state standards. Done right, it will help students connect science to the “real world” and recognize its impact on their own lives.

Here are some ideas for using science to promote students’ global competence:

Teach the global history of science

From China, where the solar year was calculated in 444 B.C.E., to ancient Greece, scientific knowledge and skills traveled along trade routes, which were centered in the Islamic world 1,000 years ago. The Arabic numerals we use today were invented by Indian mathematicians, but the concept was spread by Arabs. In the 13th century, Arab scientist Qutb Al Din was probably the first person to explain rainbows. Many scientific instruments were developed first in Asia. Western science since has drawn on this heritage of ideas and discoveries and science has developed universal methods of scientific inquiry and standards of evidence. Today, important scientific institutions can be found on every continent, science is increasingly conducted in global teams, and the top scientific publications publish contributions from scientists around the world.

While some students are interested in science for its own sake, many more students become engaged when they see it as a tool for solving major problems in the world. By presenting to students global issues with scientific implications, teachers can help students see the broad ways in which "everything is connected" and help them learn how to use the tools of science to solve problems. Ideally, such a problem or issue is presented as early in the academic year as possible, and students have a chance to learn the skills they will need to solve the problem.

They become working scientists who ask: What do I need to know to answer this question? Their teachers in turn provide the tools to make meaningful inquiry and solutions feasible. Rather than memorizing concepts from textbooks, students become active learners capable of extrapolating newfound knowledge to other problems. There are global challenges to engage students within every field of science as well as issues that require interdisciplinary approaches. For example:

Learn to do science through international collaboration

Scientists often work in global teams – across countries and continents. Schools around the United States are similarly connecting with others around the globe to discuss and solve scientific problems.

Schools can make international collaboration a core part of a science program by joining an existing international science collaboration. For instance, the GLOBE project from NASA is a worldwide hands-on science and education program that allows students to work with scientists and other students around the world. iEARN also has a number of science projects between classrooms across countries, from the Great Apes Project, in which students discuss worldwide preservation efforts of this important mammal, to the creation of a micro-ecosystem, which is then compared with another student-created micro-ecosystem in another part of the world. Another program, One World Youth, involves students in collecting data on bird and butterfly migration across countries. Libraries, area scientists, universities, and research divisions of local companies all can provide ideas for projects as well as offer expertise in solving science problems.

Examples of activities to share with a global partner: