Part of the Lahore Literary Festival in New York 2019 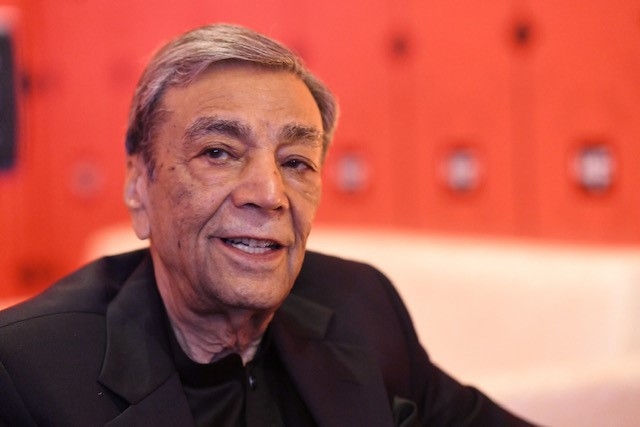 Zia Mohyeddin, Pakistan’s renowned orator and actor, will present an evening of recitations of poetry from Ghalib, Iqbal and Faiz. In Lahore, “Evening with Zia Mohyeddin” has become an annual fixture that has delighted audiences for the last 34 years.

Zia Mohyeddin is the President of the National Academy of Performing Arts (formerly the Hindu Gymkhana), Karachi. Starting as a broadcaster on Radio Pakistan, he moved later to Radio Australia, and then to England where he studied at the Royal Academy of Dramatic Art. He worked in England as an actor and producer for over 45 years. He became the first Asian to have his name up in lights in the West-End and on Broadway. He made many memorable stage appearances in London and New York, both in classical and contemporary works. Mohyeddin is a recipient of Hilal-e-Imtiaz, one of the highest civilian awards in Pakistan, and he is also the author of three books.

Haider Rahman plays the bansuri (flute) and also sometimes vocalist. He is recognized all over Pakistan because of his being a shagird of the legendary Pakistani flute player Akmal Qadri and the famous north Indian classical musician Hariprasad Chaurasia. He also spent time training with Mohammad Ahsan (aka Pappu). Haider has performed at the opening ceremony of the inaugural Lahore Literary Festival in 2013 at the Alhamra Arts Center; and also at the All Pakistan Music Conference.

Held in conjunction with the Lahore Literary Festival in New York 2019.