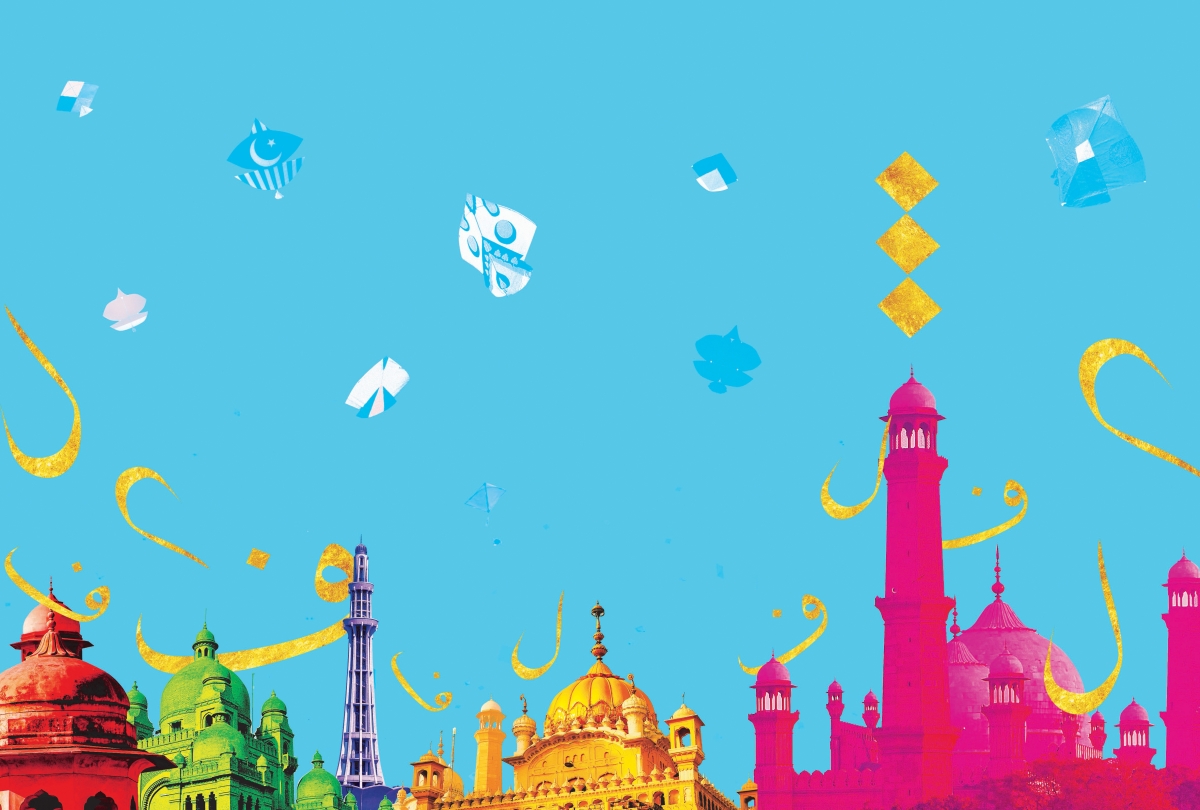 Can’t make it to this program? Tune in Saturday, May 4, from 11 a.m. New York time for a free live video webcast. #AsiaSocietyLIVE

"Rarely has an event framed around books and ideas felt so urgent." —New York Review of Books

The Lahore Literary Festival (LLF), one of South Asia’s premier cultural events, returns to Asia Society New York for the fourth iteration of the festival in New York. LLF in New York will explore contemporary Pakistan, through artists, writers, and commentators. The festival will present American audience with a more nuanced view of Pakistan, with discussions on fiction and nonfiction writing, art, architecture, history and politics.

Buy Tickets for the Morning Session

Buy Tickets for the Afternoon Session

11:15 a.m. – 12:00 p.m.: Lahore, Art and Literary Icons
Poets, artists and activists have historically inspired a broader political and social consciousness in Lahore where freedom and the rights of citizens are integral to the written, spoken and visual forms. Amongst them are Faiz Ahmed Faiz, A R Chughtai, Manto, Patras Bokhari, Anna Molka, Mazhar Ali Khan and Asma Jahangir. Illustrating a historical sense of place, of Lahore, in shaping the artistic, literary and cultural traditions of Pakistan and South Asia.

12:15 – 1:00 p.m.: Writing Stories of Food
South Asian cities are known for their street food. Lahore’s fabled Lakshmi Chowk and Gowalmandi are epicenters of centuries-old Mughal recipes, which foster a sense of continuity with the past, while contemporary chefs and cookbook writers are simultaneously reinventing traditional recipes. Spotlighting South Asia’s great culinary talent, the panel will present food as part of the region’s invaluable intangible heritage.

1:00 – 1:45 p.m.: US-Pakistan: Continuing Challenges
Pakistan and the U.S. were allies during Cold War. Post 9/11, the U.S. designated Pakistan a major non-NATO ally. In spite of the continuing challenges, Pakistan is one of the largest recipients of Fulbright scholarships and a significant community of Pakistanis lives in the U.S. contributing to the bilateral relationship through trade, services and travel; what are the opportunities and present challenges for the relationship to be rebooted?

• Richard G. Olson, United States ambassador to Pakistan, 2012- 2015 and the special representative for Afghanistan and Pakistan, 2015- 2016
• Shuja Nawaz, former director of the South Asia Center at the Atlantic Council in Washington, and author of Crossed Swords: Pakistan, Its Army, and recently, The Battle For Pakistan: The Bitter US Friendship and a Tough Neighborhood
• Madiha Afzal, Visiting Fellow in Foreign Policy at Brookings Institute, and author of Pakistan Under Siege: Extremism, Society, and the State
• Jennifer Griffin (moderator), national security correspondent for FOX News Channel

Tickets to the morning session are available here

2:15 – 3:00 p.m.: New Fiction, Pakistan’s Bold New Voices
Does literature allow us to treat giants such as Pakistan’s first Nobel Laureate, otherwise ostracized from mainstream texts, Abdus Salam, in a more communicable way than the world of nonfiction in Pakistan?; What are the new themes being explored in short-story writing and fiction from within Pakistan and the Pakistani diaspora? Is literature deemed important enough for mainstream TV as it once was by PTV in the 70s? A panel comprising new writers addresses a few of these questions.

3:15 – 4:00 p.m.: Imagery of the Afterlife in Islamic Gardens
Nerina Rustomji explores the aesthetic of the Islamic garden in the afterlife, the paradisiacal imagery, against the forces of nature. The broader environmental dimension is at the heart of her inquiry as she conceives of the garden ‘as a bold act of spirit, imagination, and will to shape natural terrain no matter the climate’.

4:15 – 5:00 p.m.: Stretched Ecosystems: Impact of the Belt and Road Initiative on Pakistan’s Environmental Ecology
Assessing the likely impact of new roads and industrialization, under the Belt Road Initiative, for Pakistan’s glaciers, rivers and the broader ecosystem especially in the Gilgit-Baltistan province (from where Pakistan’s major rivers originate). At the heart of it is the question whether Pakistan will be able to balance its economic growth with a harmonious environmental ecosystem.

5:00 – 6:00 p.m.: Free Speech in South Asia
The present wave of right-wing politics and vigilantism in South Asia will be the focus of this session. India and Pakistan, with a shared past, and an increasingly similar present are important cases to highlight of the dangers of extremism to free speech and scholarship. Is there light at the end of the tunnel?

• Ayesha Jalal, Mary Richardson Professor of History at Tufts University; MacArthur fellow; author most recently of The Struggle for Pakistan: A Muslim Homeland and Global Politics
• Wendy Doniger, Mircea Eliade Distinguished Service Professor Emeritus of the History of Religions at the University of Chicago and author of Asceticism and Eroticism in the Mythology of Siva and Hindu Myths: A Sourcebook, among others
• Manan Ahmed (moderator), Associate Professor, Columbia University

Tickets to the afternoon session are available here

Followed by an "Evening with Zia Moyheddin," an evening of poetry and music from Pakistan's renowned orator and actor Zia Moyheddin and flutist Haider Rahman. For tickets, click here.