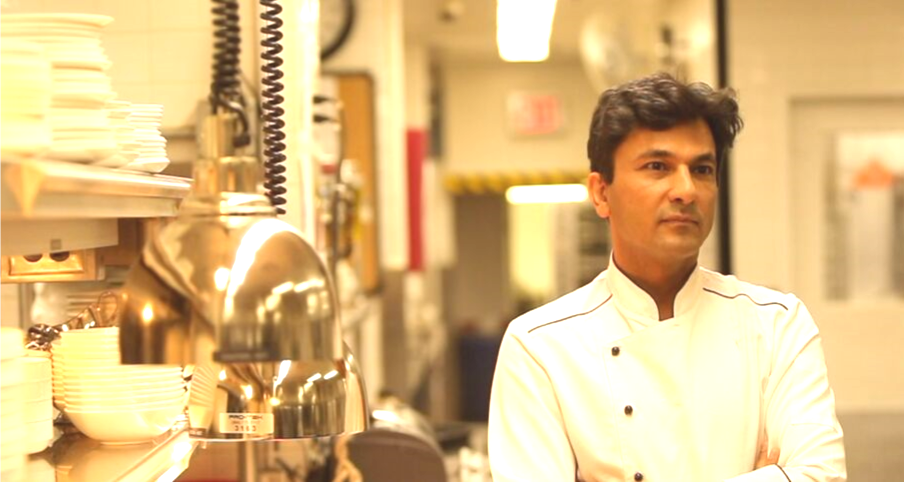 Can’t make it to this program? Tune in Thursday, Feb. 21, at 7:15 p.m. New York time for a free live video webcast of the conversation. #AsiaSocietyLIVEAsiaSociety.org/Live

Discover the incredible life story of Vikas Khanna — known to many as "India’s favorite chef" — through the documentary Buried Seeds (75 min), directed by Andrei Severny. The film follows Khanna’s journey as a poor immigrant enduring overwhelming obstacles and pain to achieve his dreams and become a successful Michelin-starred chef. The screening is followed by a Q & A with Khanna and Severny.

Members-only reception following event. If you would like to join as a member please call our Membership Department at: 212-327-9338 or email membership@asiasociety.org

Vikas Khanna is a Michelin Star Chef, award-winning author, filmmaker, and member of the Asia 21 Young Leaders network. Raised in India, Khanna's passion for cooking was greatly inspired by his grandmothers own love to cook, he began developing recipes at as young as 17. In 2000, he immigrated to New York, taking up odd jobs such as dishwashing and walking pets for the elderly. Through hard work, he has become India’s most well-known chef, been featured on the covers of Forbes Life, was the host for Master Chef India, and was selected as the “Best TV Chef” by the Indian Telly Awards among many other impressive accolades.

Andrei Severny is a filmmaker, screenwriter, photographer, and visual artist. Severny was born in Moscow, Russia but spent his early years in Egypt. His photographs have been published in Vogue, Elle, The Financial Times, and The Wall Street Journal. His work explores human perception and psychology with a focus on the mysteries of nature. His latest film Buried Seeds is a beautiful portrayal of human passion and willpower through the experiences of Chef Vikas Khanna.

Vikas Khanna's books can be purchased at AsiaStore or through the AsiaStore website.

Buried Seeds can be purchased at AsiaStore or through the AsiaStore website.