Zhang Yimou: 'Thank You for the Award. I'll Do Much Better in the Future' | Asia Society Skip to main content

Zhang Yimou: 'Thank You for the Award. I'll Do Much Better in the Future' 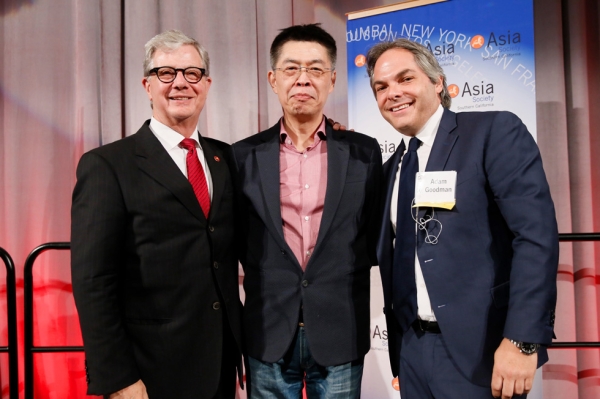 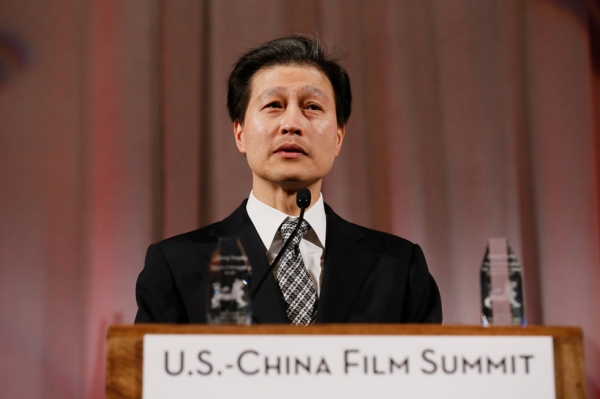 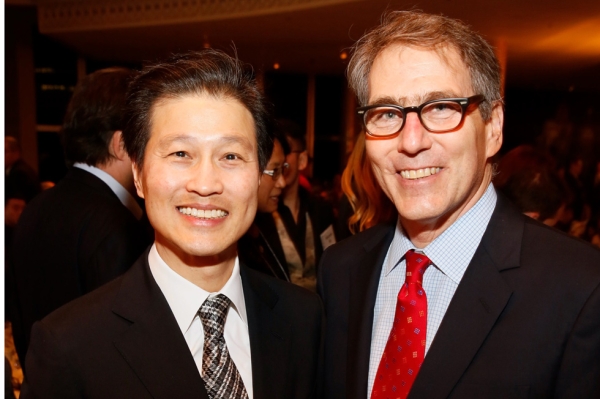 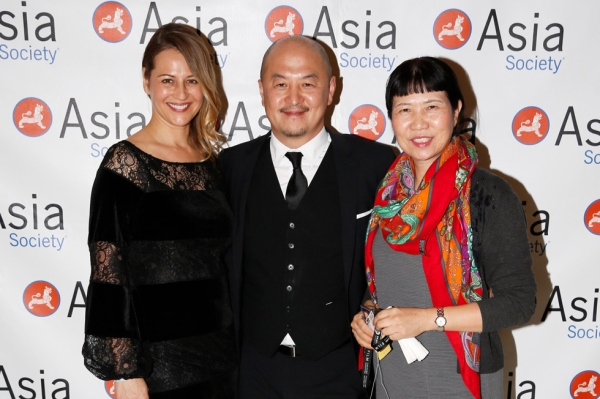 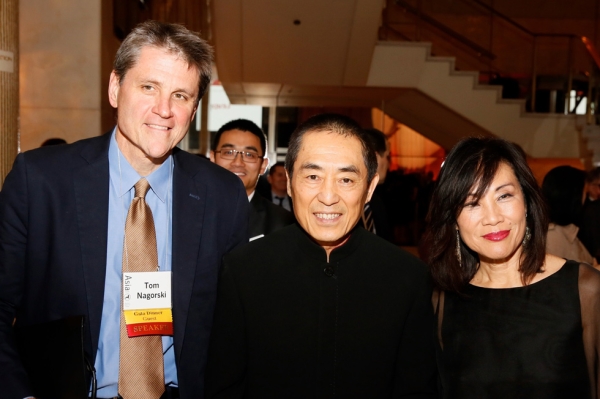 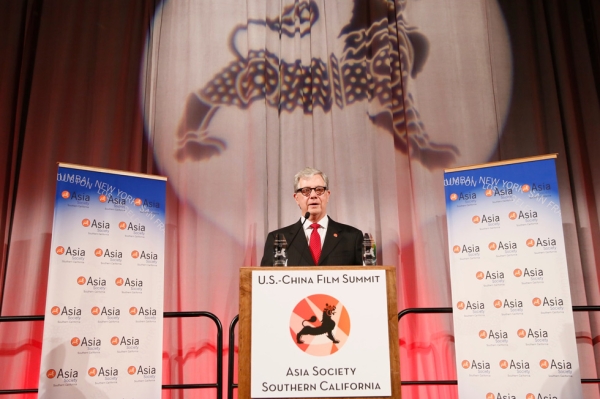 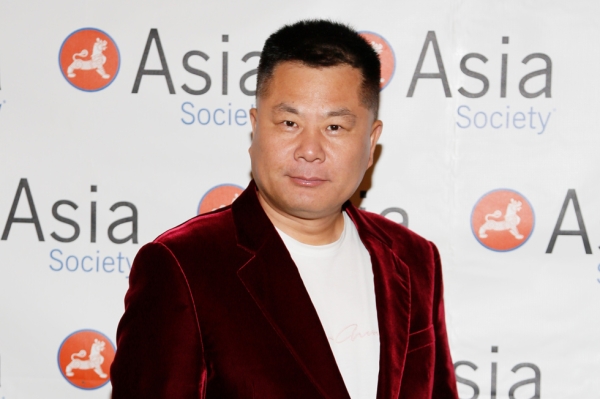 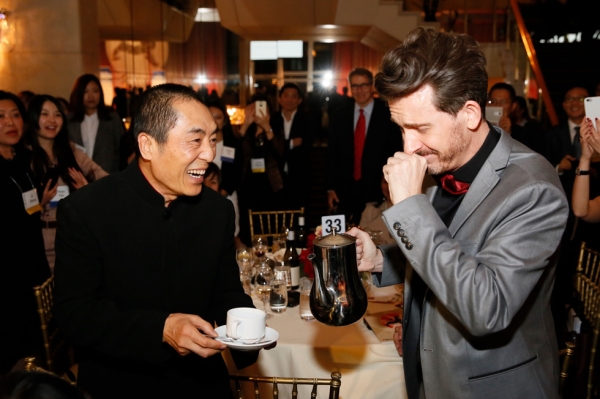 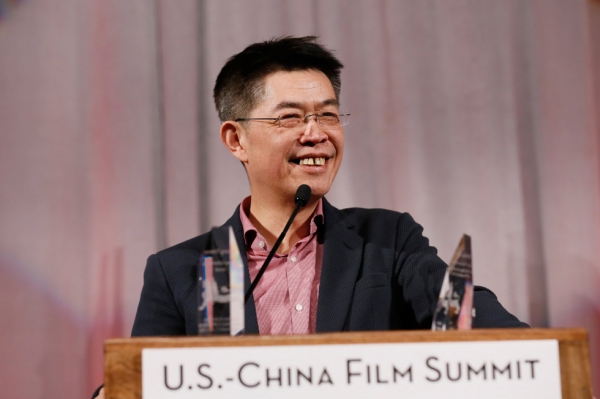 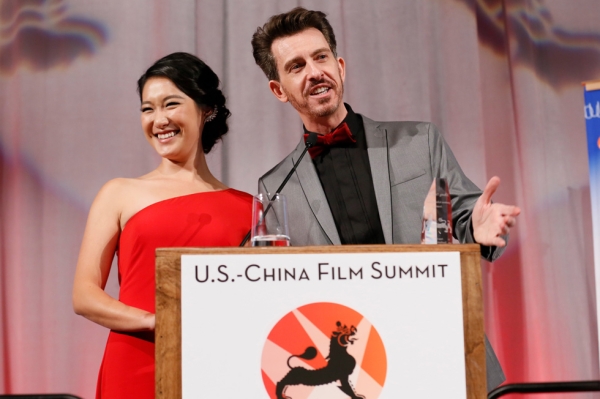 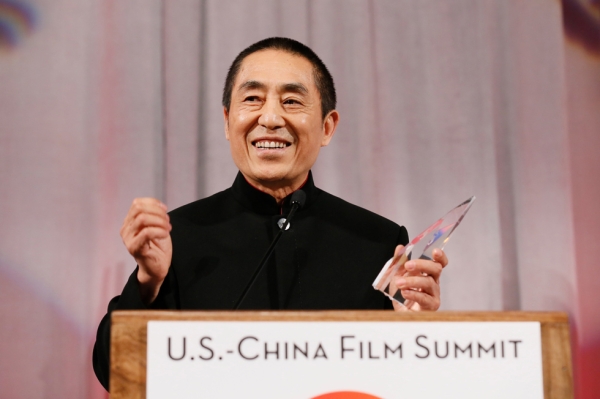 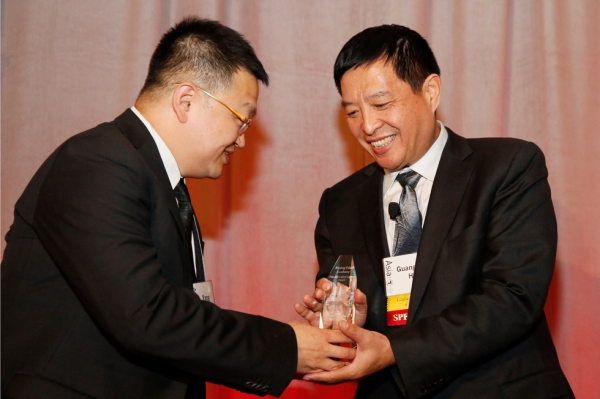 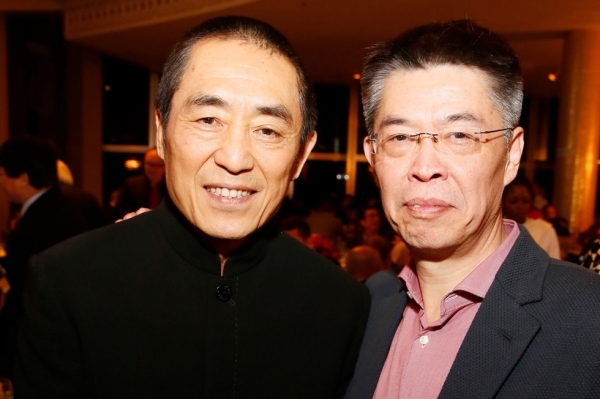 Over 20 years ago, Zhang Zhao was a bicycle delivery man working his way through film school at New York University. One day, the Shanghai native bought a ticket to Farewell My Concubine, his countryman Chen Kaige’s 1993 epic movie about Beijing Opera players caught up in mid-century political turmoil.

“[The movie] made me cry for two reasons,” Zhang, now the CEO of Beijing-based film studio LeVision Pictures, said upon accepting the Industry Leadership Award at the sixth annual Asia Society U.S. China-Film Summit in Los Angeles on Thursday. “First, because of the line ‘for art you need to be crazy, otherwise you’re not good enough,’ and second, because of just how insignificant Chinese movies were in the world.'”

Until the 1980s, China’s film industry was a wholly state-controlled operation solely devoted to propaganda. Three decades later, it has emerged as one of the world’s largest and fastest growing: In 2014, buoyed by homegrown romantic comedies that challenged U.S. imports for supremacy, Chinese films grossed a combined $4.8 billion at the local box office, a 36 percent increase from the year before. China’s moviegoing market is expected to overtake North America’s as the largest in the world in 2017.

In front of more than 400 film industry guests gathered at a gala dinner at the Dorothy Chandler Pavilion opera house, Zhang proudly thanked the evening’s other honoree, Lifetime Achievement award recipient Zhang Yimou, for directing two very different LeVision projects: the Cultural Revolution drama Coming Home, currently in U.S. theaters, and The Great Wall, a co-production due out next year from the state-run China Film Group in Beijing and both Legendary Pictures and Universal Studios in Hollywood. The latter film positions American superstar Matt Damon and Hong Kong heartthrob Andy Lau in defense of the most Chinese of landmarks — the Great Wall — against destruction by a medieval monster. The English-language movie is the most expensive production in Chinese film history, with a reported budget of $150 million.

“We are going to push this film onto more than 10, 20, 50, 100,000 screens around the world,” said Zhang, an ambitious goal considering Chinese cinema’s modest reach outside the People’s Republic.

To demonstrate the already significant influence of the film’s director in certain quarters overseas, the evening’s co-emcee, actor Jeff Locker, regaled dinner guests with his long-held fantasy of one day meeting Zhang Yimou. “I used to tell my friends: ‘All I want to do is pour him a cup of coffee.’”

Locker, a self-described “white guy” and a Mandarin-speaking Yale graduate, then did just that, descending from the podium and shimmying through the tables to lift a pot of coffee off of a waiter’s tray and rush over to the stunned director. Zhang graciously stood to receive the cup and signaled, to the delight of the assembled guests, that it was time for the actor’s closeup: the two snapped a selfie.

In a more formal introduction of the man of the hour, Hou Guangming, chairman of the Beijing Film Academy’s Academy Council, acknowledged the institution’s roots in China’s once-close relationship with the former Soviet Union. Of the BFA’s most famous graduate, Hou said that Zhang’s greatest achievement in the 30 years since the start of China’s reform and opening period was his ability to “combine western commercialism with a Chinese artistic sensibility.”

After a video montage showing clips of everything from his 1988 debut Red Sorghum to his 2008 Beijing Olympics opening ceremony, Zhang Yimou, the senior statesman of Chinese moviemaking, finally took the stage to say this (unofficially translated from Mandarin):

“I’m very lucky to be engaged in this career. I’m the only one in my family to be involved in the arts. After the Cultural Revolution I was among the first to have the chance to study in this field. Everybody here tonight is an ambassador for the arts and I believe we’ll broaden our perspective together. Thank you for the award. I will do much better in the future.”