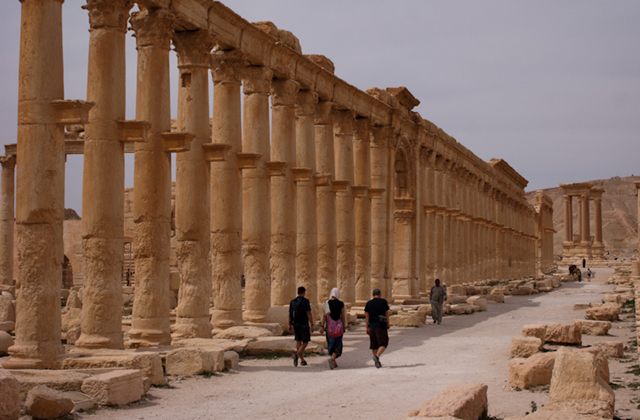 The ruins of Palmyra, Syria, are now under occupation from the Islamic State. (Michal Unolt/Flickr)

Last Thursday, a distinguished panel of military officials, academics, and archaeologists appeared at Asia Society in New York to discuss how the Islamic State finances terror activity through selling antiquities. The conversations centered around finding ways to stop the organization from profiting from this illicit trade, which is the second leading source of income for ISIS after kidnapping and ransom.

But what if, rather than smuggle items to the West, ISIS simply sold them on a home shopping television network? Such a scenario was imagined Tuesday night on the second-ever episode of The Daily Show With Trevor Noah, which devoted over six minutes to the topic of terrorist financing. The Islamic State's militants, Noah joked, are "disappointing capitalist sellouts."

Here's a clip from Comedy Central: