Top Art-World Thinkers: What Matters for Museums in the 21st Century? 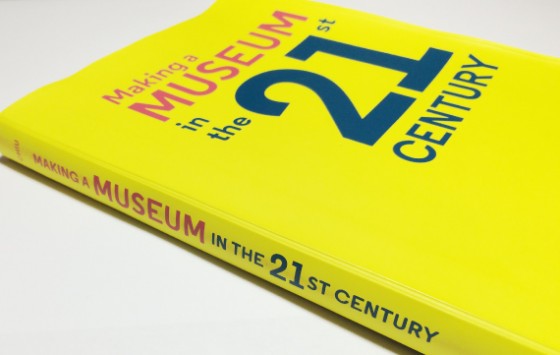 Asia Society's new publication showcases predictions from officials at MoMA, M+, Tate, and other institutions on future of the museum.

What should museums of the twenty-first century look like? How will technology and social media change the way museums operate? And what’s next in Asia, where most of the world’s museum growth in the coming years will occur?

These are a few of the core questions posed in the new publication Making a Museum in the 21st Century, which features insights shared among museum leaders at Asia Society’s inaugural Arts & Museum Summit held in Hong Kong in 2013.

Asia Society will celebrate the launch of Making a Museum in the 21st Century on January 29 with a panel discussion entitled "The Changing Landscape of Museums Today." The panel features Richard Armstrong, director of the Solomon R. Guggenheim Museum and Foundation, who will speak about the Guggenheim’s global programming; Melissa Chiu, editor of the book and director of the Hirshhorn Museum and Sculpture Garden, who will share her vision for the institution after four months in office; and Tom Finkelpearl, commissioner of the New York City Department of Cultural Affairs, who will talk about the broader role of museums in the city. Peggy Loar, Asia Society’s interim vice president for global arts and culture and museum director, will moderate.

Here’s a sneak peek of the book’s contents:

Caroline Collier, Director, Tate National, London, on what matters most for a museum:

Engaging audiences by listening to their interests and expectations has become the principal challenge of a museum in the modern world... Art museums have a responsibility to help make civic societies by bringing art and life into close relation and creating spaces where important questions can be discussed and actions taken.

Glenn Lowry, Director, The Museum of Modern Art, New York, on the essence of a museum’s identity:

The ultimate goal is to create an environment in which those who come to museums, or those who never visit museums but are interested in what they do, can share in the same conversation, whenever and wherever they are…

A museum is not a building, and it’s not a collection, and it’s not the people who go there. A museum is an idea. And if the idea has potency, it can manifest itself in programs, in physical space, in objects collected, but also in a set of initiatives that exists in the digital realm.

Lars Nittve, Executive Director, M+, Hong Kong, on the components of a museum:

It’s the idea of a direct encounter with art that defines the work that museums do.