Photos: As Japan's Baseball Season Kicks Off, A Look at What Fans Are Eating | Asia Society Skip to main content

Photos: As Japan's Baseball Season Kicks Off, A Look at What Fans Are Eating 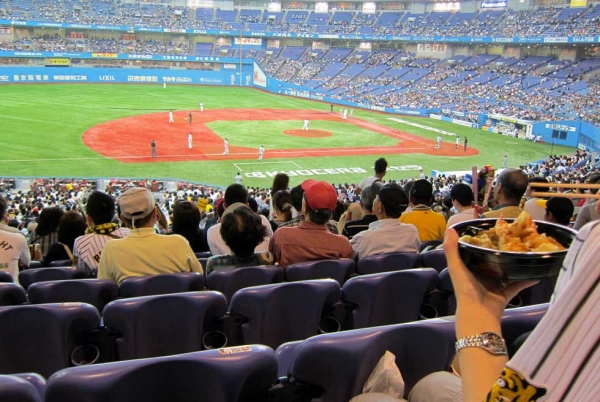 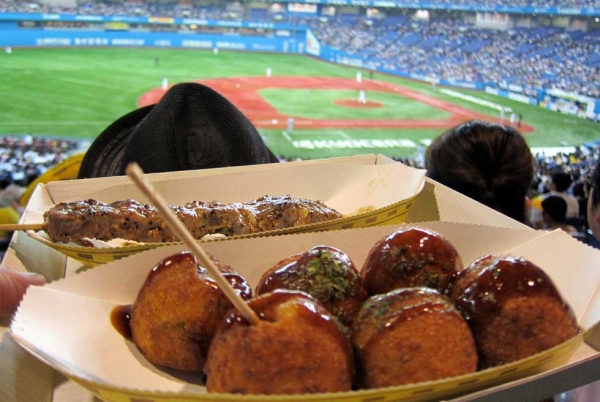 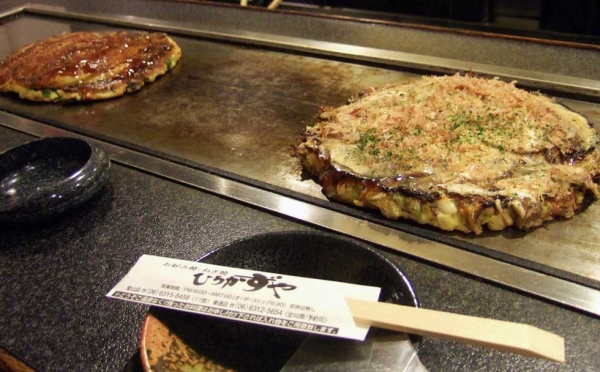 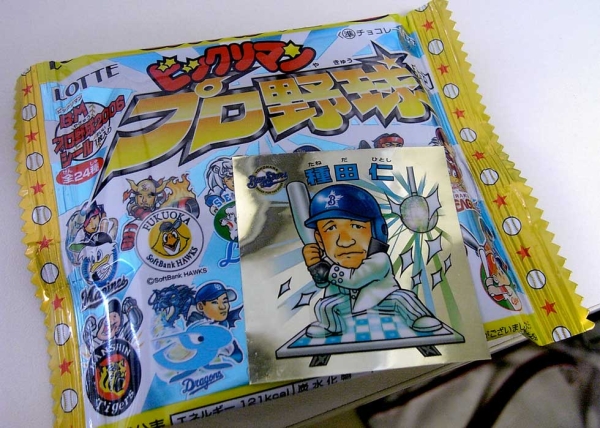 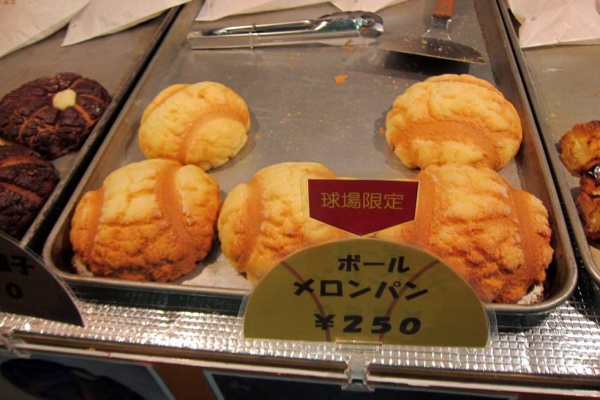 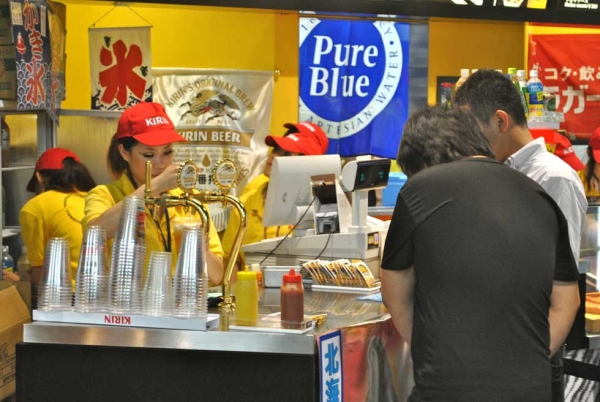 For sports fans, spring brings its own sense of renewal. It's baseball season. The U.S. kicked off the 2013 Major League Baseball season on March 31 with the Texas Rangers playing the Houston Astros. In Japan, meanwhile, a thriving, vibrant baseball culture got underway on March 29 and runs until October. The Nippon Professional League, Japan's version of the American MLB, has 12 teams, some of which bring their own fame, fan love and notoriety onto the field with them. Tokyo's Yomimuri Giants is one of them, as is Osaka's Hanshin Tigers, whose city and fan culture became the subject of an engaging Anthony Bourdain No Reservations episode based in Osaka.

Half the fun of watching baseball is the holistic experience of the game — the stadium, the lights, the players on the field, the collective buzz of the fans and, of course, the food. In the States, it's classic American fast food — burgers, shakes, nachos, and hot dogs, along with some regional favorites like barbecue in the Southern states. The food culture surrounding baseball is embedded in its own folklore. Tommy LaSorda, one of American baseball's reigning elder statesmen, rhapsodizes over his favorite hot dogs, "Everybody loves Dodger Dogs. I only eat Dodger Dogs. Any way I can get 'em." Certain ballparks also have their own signature foods, from Chicago's Wrigley Field and its massive pretzel, the "North Side Twist," to Minneapolis' Target Field and "the walleye," deep fried whitefish on a stick served with a wedge of lemon and a side of fries.

But what about the baseball food culture in Japan? What about the food that's beyond sushi and bento boxes? At a basic level, Japan's appetite for certain tastes and sensations is similar to America's — hot, crispy, salty, crunchy. The classic tempura dishes prevail, as do the more "westernized" panko-based fried tonkatsu dishes. Then there are a variety of noodle dishes— ramen, yakisoba, and udon, all meant to be savored and slurped with gusto in the stadium.

Then there are the foods that are simply unique to Japan. Takoyaki, deep-fried octopus balls, are a ballpark staple, and their distinctive briny, crispy taste is a hallmark of Japanese street food.

Takoyaki was first created in Osaka, the country's unofficial street food capital. Another signature Osaka dish, and a favorite during baseball season, is okonomiyaki, an intense, carb-heavy savory pancake that's made up of eggs, shredded cabbage, green onions, meat or seafood and crisped on a griddle until it's golden brown. No wonder it's sometimes considered as "Osaka soul food." There's also Japan's own version of curry with rice, brought to Japan by the British from India during the Meiji era and re-appropriated to be less spicy and sweeter than its Indian counterpart.

And let's not forget the beer. Japan's major brands, Kirin, Sapporo, Asahi, Suntory, and Orion, are all an integral part of the baseball experience and casual dining. A quick look at this 1990s commercial for Kirin starring Harrison Ford may give a sense of just how big beer is:

This spring, it will be nice to think about the variety of experiences and perspectives that connect people through food and sports as the excitement of the new season fills the air — along with the scent of grilled meats and other savory items that are best enjoyed in the stands.