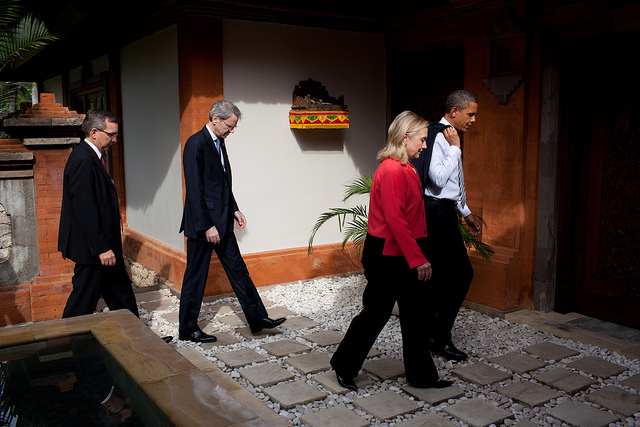 President Barack Obama's visit to Southeast Asia is unprecedented in its timing and chosen itinerary. For many in the region — and China in particular — the U.S.'s continued commitment to participating in the ASEAN and East Asian Summits equals the symbolic significance of the trip's announcement, made days after Obama's re-election. Commentators concur that next week's trip embodies and emboldens the Obama administration's "pivot" toward Asia; congruent with Secretaries Clinton and Panetta's tours in the region, the president's visit demonstrates a continued commitment to shift foreign policy focus from the Middle East to Asia.

The specific countries selected to host the U.S. president during his tour are similarly groundbreaking. While the U.S. has had a longstanding relationship with Thailand, it will be the first time a sitting American president has visited either Cambodia or Myanmar. In Myanmar, the U.S. administration has responded positively to rapid political reforms under President Thein Sein, yet it was only in the weeks leading up to September's United Nations General Assembly that the leader's name was removed from a visa blacklist. As one commentator points out, "Not that long ago America was branding Myanmar an 'outpost of tyranny,' and an 'unusual and extraordinary threat to the national security and foreign policy of the United States.'" The remarkable reforms Thein Sein has implemented, including releasing opposition leader and former political prisoner Aung San Suu Kyi, opening up economic relations, expanding freedoms of press, and renouncing military ties with North Korea, have placed the poverty-stricken nation on a new path, but they are far from stable.

In Cambodia, human rights violations persist under strongman Hun Sen, while the government remains heavily in debt to China. Much has been written on the implications of the Obama administration's pivot on relations with China, and this visit will not be taken lightly in Beijing. As China's aggression rises in the South China Sea, its ability to maneuver through Cambodia's soft veto power in ASEAN has real implications for any meaningful peaceful solution to ongoing territorial disputes. China has secured Cambodia's support through aid, loans, and investments over the past 15 years. According to the Cambodian Investment Board, Chinese companies invested more than $8.2 billion in Cambodia from 2006-2012, dwarfing the mere $934 million put in by U.S. firms during the same period. Beijing also currently backs 19 development projects worth an estimated total of $1.1 billion. Hun has proven that, in return, he is willing to acquiesce to China's regional demands; the unprecedented failure to agree to a joint communiqué following ASEAN's July meeting worried and angered many policy-makers.

Obama's trip is an opportunity to address these issues. In Myanmar, the U.S. president could levy the promise of increasing economic openness with pressure to address the ongoing crisis in Rakhine State. In Cambodia, Obama can demonstrate the U.S. stance on China's maritime aggression while shedding light on human rights abuses to an onlooking international audience. As National Security Adviser Thomas E. Donilon has insisted, the administration is not naïve to the challenges that remain. Upon arriving in Southeast Asia next week, President Obama will be confronted with a range of delicate issues for which there are no clear-cut solutions. Progress will undoubtedly encounter opposition on all fronts. At the very least, the president can offer both a meaningful alternative to Beijing and the promise of a long-term U.S. strategy toward a region too-long ignored. Obama's visit is a crucial step in the right direction.