Manny Pacquiao on His Fight for the People: 'In the Philippines, Politics Is Like Boxing' | Asia Society Skip to main content

Manny Pacquiao on His Fight for the People: 'In the Philippines, Politics Is Like Boxing' 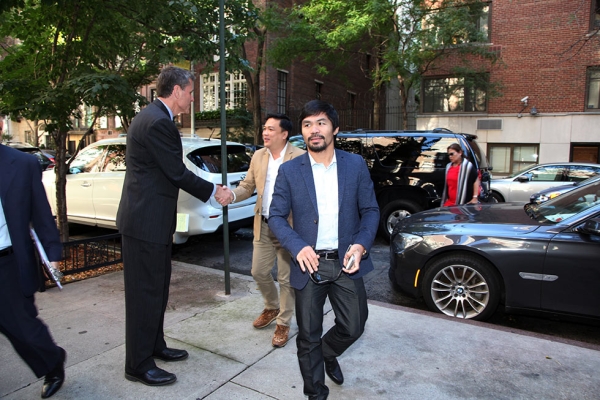 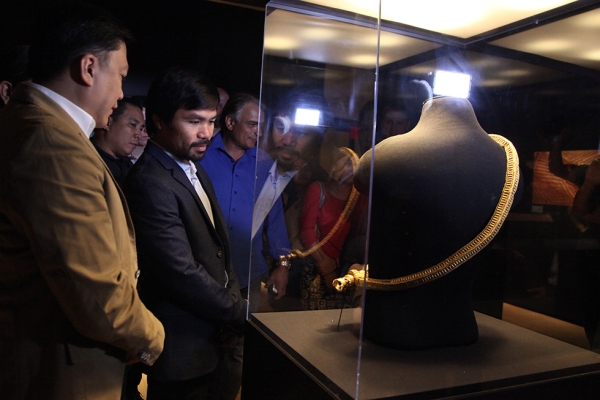 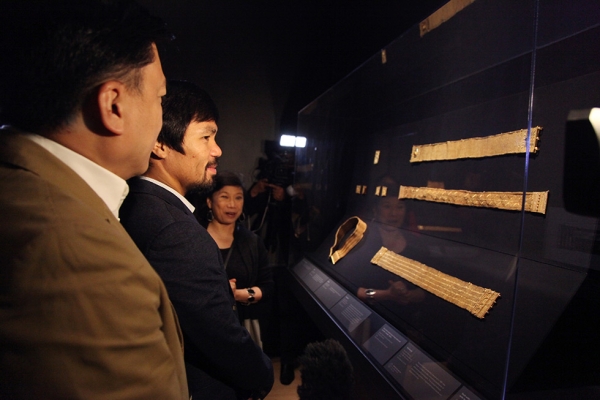 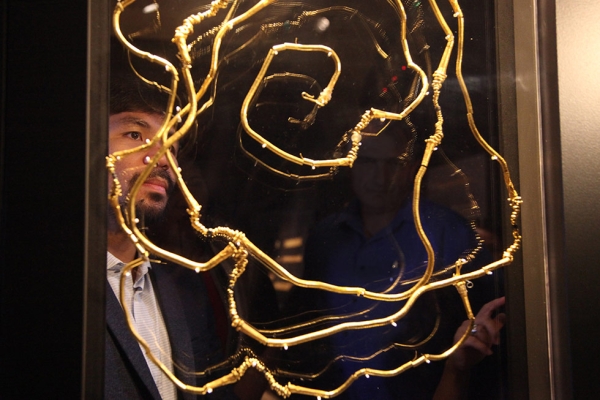 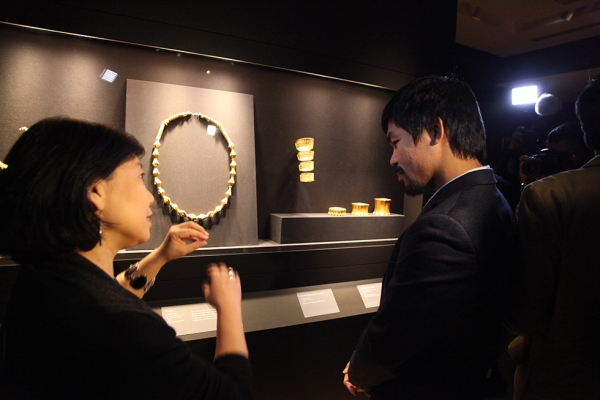 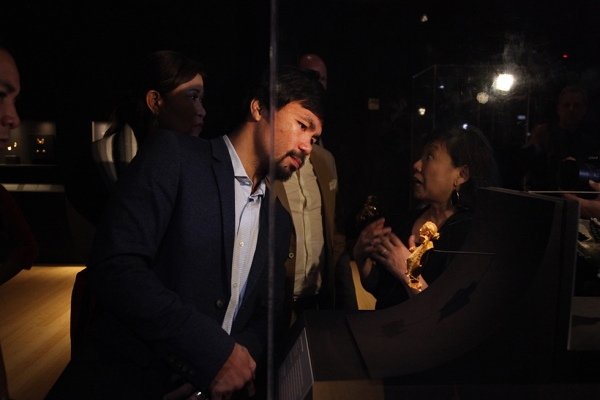 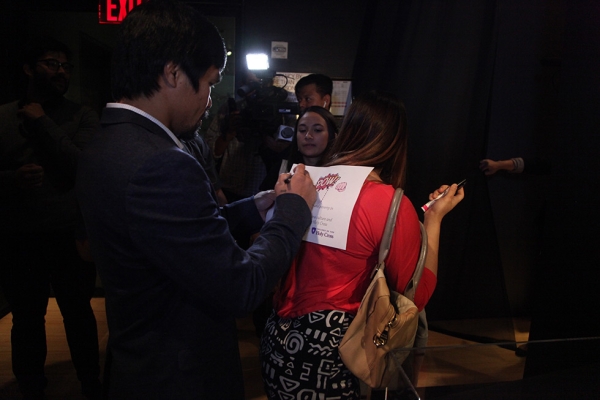 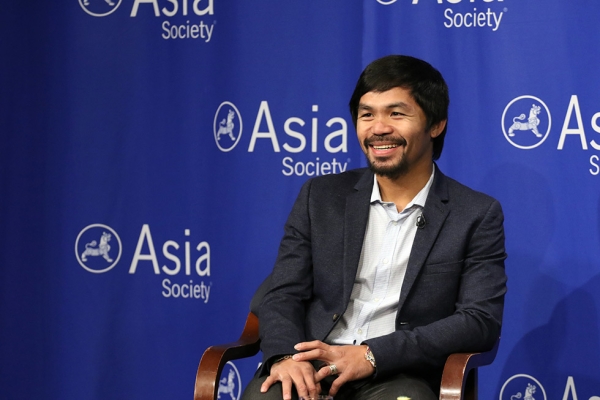 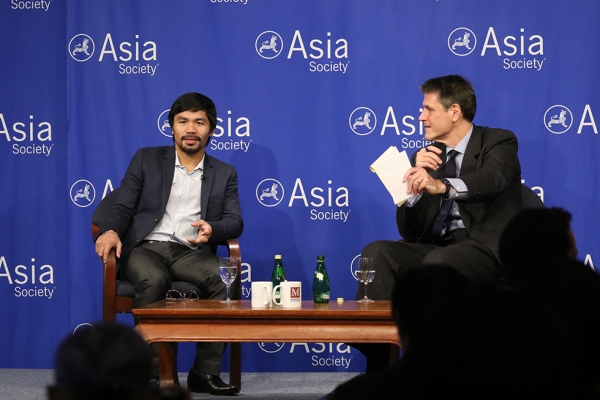 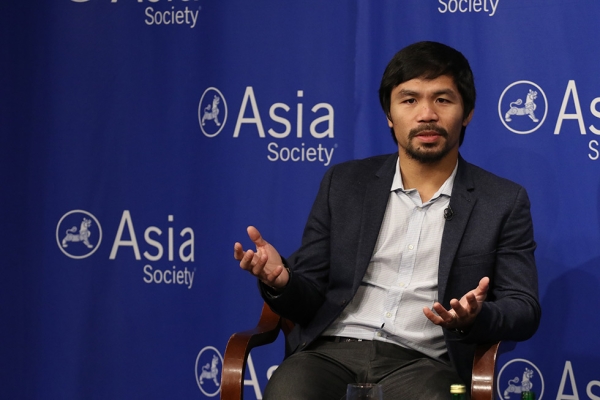 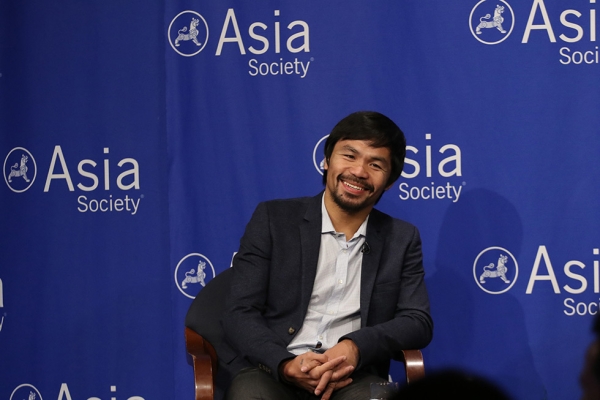 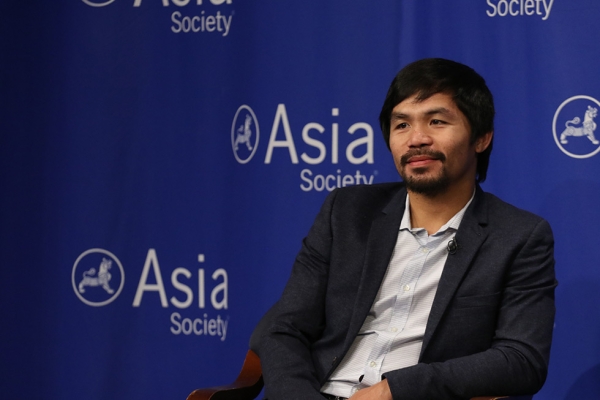 In addition to his athletic career, the champion boxer Manny Pacquiao is also a philanthropist, musician, and, since 2010, a politician: He represents Sarangani in the Philippine House of Representatives. On Monday, Pacquiao confirmed his interest in seeking a seat in the Philippines’ Senate, and would not rule out an eventual run for the presidency.

His experience in the ring seems likely to prepare him well for office.

“In the Philippines, politics is like boxing — people are always fighting each other,” he said, adding that “a lot of politicians masquerade as righteous, especially at election time. But what I’ve learned is that you have to forgive your enemies.”

Pacquiao issued these remarks at a press conference Monday at Asia Society in New York, which will honor the fighter with its Asia Game Changer of the Year award presented in a ceremony held at the United Nations on Tuesday night. Pacquiao called the award “prestigious” and indicated that receiving it came as a surprise. “It’s an unforgettable memory that I can have this award,” he said. “It’s an honor to me and my family and to my whole country — the Philippine people.”

Earlier in the visit, Pacquiao arrived at Asia Society Museum for a 30-minute tour of Philippine Gold: Treasures of Forgotten Kingdoms, an exhibition displaying the country’s pre-colonial tradition of golden jewelry, armaments, and ornamentation. As he was guided by Florina H. Capistrano-Baker, consulting curator from the Ayala Museum in the Philippines, Pacquiao appeared loose and relaxed, frequently expressing amazement that the items on display were made of actual gold.

The conversation during the subsequent press conference, naturally, turned to boxing. Five months after an injured shoulder contributed to his defeat to Floyd Mayweather, Jr. in a much-anticipated welterweight match, Pacquiao says his shoulder is now “80 to 90 percent healed” and that he could fight again as early as March. And while he still hasn’t settled on an opponent, he’s keeping the 28-year-old British boxer Amir Kahn in mind as a possibility. “Although we’re friends, I think that when we’re doing our job in the ring, there is no friendship,” Pacquiao said. “This is sport — we allow each other to hit each other.”

Pacquiao’s career trajectory stands in stark contrast to his humble origins. Raised in a poor village near General Santos City, he possessed a philanthropic instinct from an early age, frequently donating fight earnings to family members and neighborhood children. This practice has continued despite his tremendous success in the ring. “My life has changed because of the money I’ve earned in boxing,” he said. “I can go all over the world and enjoy myself. But every time I hear the voice of poor people, I feel it in my heart because I’ve been there.”