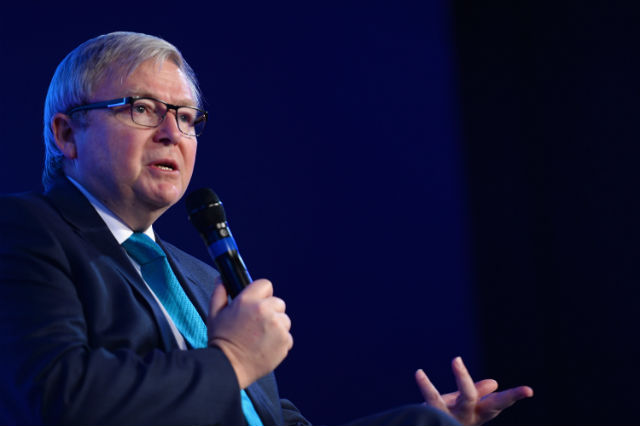 “If China succeeds in this direction, then we are going to have a buoyant half century ahead,” Rudd said. “If not, it won’t only be China that faces a massive problem. The rest of Asia will too, and given the global importance of the Chinese economy, so will the rest of the world.”

To discuss the challenges Asia faces in 2015 and beyond, Rudd will join the panel Rebuilding Trust in Asia tomorrow (January 24) at the World Economic Forum’s Annual Meeting in Davos, Switzerland. The panelists will address issues including public-private business coordination, cultural diplomacy, and a common natural resource agenda for Asia.

Watch a live webcast on Saturday, January 24 at 3:15am ET (9:15am CET) as Kevin Rudd participates in Rebuilding Trust in Asia, a panel discussion hosted by the World Economic Forum.