Former Australian Prime Minister Kevin Rudd, incoming President of the Asia Society Policy Institute (ASPI), outlines some of the broad policy and strategic issues relating to Asia in the 21st century and how ASPI is positioned to bring fresh perspectives and original thinking to those challenges. (4 min., 31 sec.)

NEW YORK, October 21, 2014 — Asia Society announced today that the Honorable Kevin Rudd, former Prime Minister of Australia, will serve as the first President of the Asia Society Policy Institute. The Institute, launched this year, is designed to bring Asia to the forefront of global policymaking, advancing innovative thinking on major issues from Asian and American perspectives alike.

The Institute, a new kind of think tank on the rise of Asia, will work to convene, build bridges, and find solutions by bringing the countries of Asia together, and to the center of the global table.

“The rise of Asia is one of the most profound developments of this century,” Asia Society President Josette Sheeran said. “Kevin Rudd’s vision for an Asia Pacific community, as evidenced by his public career and many accomplishments as Australia’s Prime Minister and Foreign Minister, make him the ideal choice to lead the Asia Society Policy Institute at this historic moment. His achievements in service to a strengthened Asia Pacific encompass policy and economics, and have been combined with a lifelong study of Chinese culture and fluency in Mandarin, and a deep interest and engagement across the rest of Asia.”

Former U.S. Secretary of State Henry A. Kissinger, who serves as Honorary Counselor for the Asia Society Policy Institute, praised the appointment. “Kevin Rudd is a rare global thinker and a sophisticated practitioner of global policy making,” he said. “He has been a key strategist on the future of the Pacific community. His role as President of the Policy Institute can fill an essential gap.”

Mr. Rudd will start as Policy Institute President in January 2015, following the conclusion of his current policy project at The Harvard Kennedy School’s Belfer Center on “alternative futures for U.S.-China relations.” He will continue on as a non-resident Fellow with the Belfer Center.

“I am honored to accept this appointment as President of the Asia Society Policy Institute,” Mr. Rudd said. “I have long admired the Asia Society and have participated in its work over the past 15 years. The Society is a world-class institution dedicated for nearly 60 years to advancing the understanding of complex Asian realities in the U.S. and across the West, and in doing so contributing to analysis and response to global challenges.”

Former U.S. National Security Advisor Thomas Donilon, a Distinguished Fellow at the Institute, said, “As Prime Minister and Foreign Minister of Australia, Kevin Rudd played a strategic role in advancing U.S. and global thinking on the rise of China and Asia. His is a vital and constructive voice, and he will play a vital role as President of the Policy Institute.”

Added Asia Society Board of Trustees Co-Chairs Ronnie Chan and Henrietta Fore in a joint statement: “We are delighted that Kevin Rudd, one of the Asia Pacific’s most distinguished thinkers and statesmen, will lead the newly launched Asia Society Policy Institute. His successful record of leadership on Asia strategy will be invaluable to Asia Society and to the development of the Policy Institute.”

Mr. Rudd served as Australia’s 26th Prime Minister from 2007 to 2010 and again in 2013, and as Foreign Minister from 2010 to 2012. As Prime Minister, he led Australia’s response during the Global Financial Crisis, viewed by the IMF as the most effective stimulus strategy of all member states. Mr. Rudd is also internationally recognized as one of the founders of the G20.

As Prime Minister and Foreign Minister, Mr. Rudd was active in global and regional foreign policy leadership. He was a driving force in expanding the East Asia Summit (EAS) to include both the U.S. and Russia in 2010. He also initiated the concept of transforming the EAS into a wider Asia Pacific Community to help manage deep-rooted tensions in Asia, by building the institutions and culture of common security in Asia. On climate change, Mr. Rudd ratified the Kyoto Protocol in 2007, and legislated successfully in 2008 for a 20 percent mandatory renewable energy target for Australia. He was a co-author of the report of the U.N. Secretary General’s 2012 High Level Panel on Global Sustainability, “Resilient People, Resilient Planet.”

The Asia Society Policy Institute was launched in 2014, aimed at providing a unique platform for policy development. The Institute brings an Asia-wide scope, the participation of policy, business and civil society leaders, and the application of Asia Society’s six-decade record of work to advance prosperity, security and sustainability across Asia. The Institute’s Honorary Council and advisors include political and business leaders from seven nations, five former U.S. Secretaries of State, civil society leaders, and scholars from Asia and the U.S.

About the Asia Society 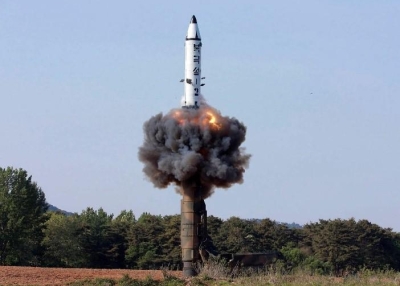 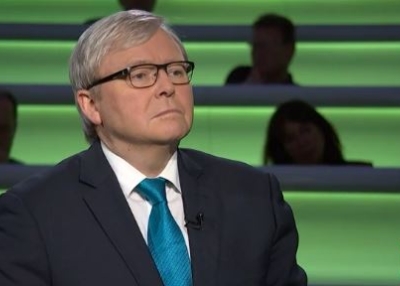 In a discussion on CNN, the Asia Society Policy Institute President shares his perspective on how climate change is having a negative impact on the world now and not just in the long term. 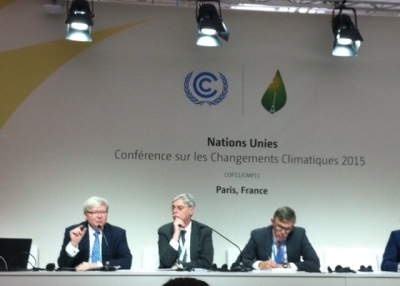 The Asia Society Policy Institute President shares his take on the proceedings at the United Nations climate change summit. 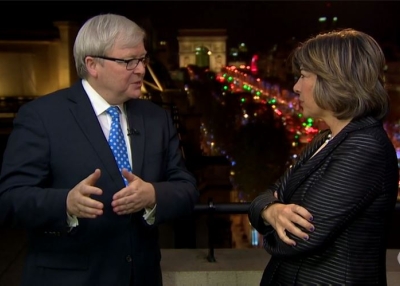 Kevin Rudd: What It Will Take for COP21 to Succeed

Speaking with CNN International’s Christiane Amanpour, ASPI President Kevin Rudd discusses the pivotal topics and obstacles in the negotiations at the UN climate change summit in Paris, including the need for a legally binding agreement. 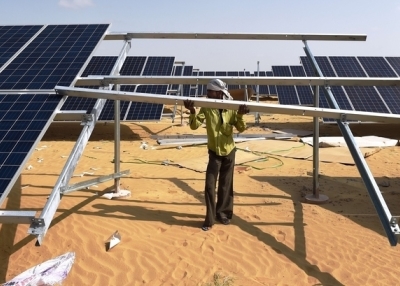 Rudd and Paulson: How China, India, and the U.S. Can Forge a Clean Energy Future 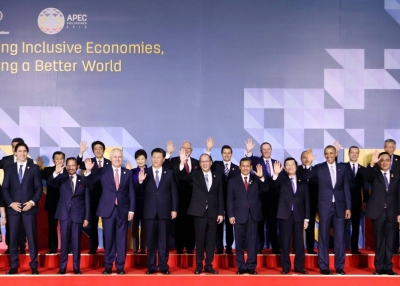 ASPI President Kevin Rudd and Indian business leader Sunil Kant Munjal make the case for India’s accession to the Asia-Pacific Economic Cooperation forum in an essay published by the Huffington Post India and the Straits Times. 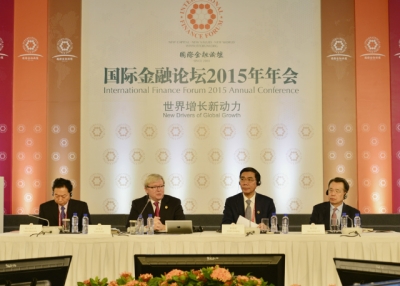 Kevin Rudd on the Global Financial Architecture: Time for an F20? 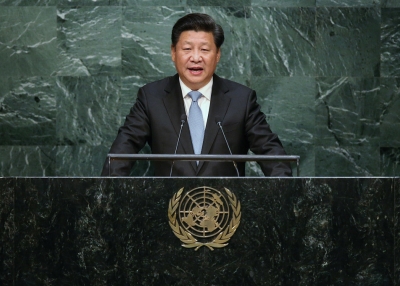 The Great Guessing Game: America, China, and the Future of the Global Order

Kevin Rudd’s essay for Horizons magazine argues that the United States and China should work together on strengthening the global governance system in order to maintain peace as China gains international influence. 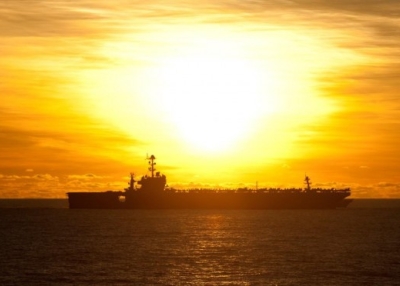 Asia Needs Its Own EU More Than Ever

In an essay for Europe’s World, Kevin Rudd makes the case that “a common political and security architecture” for Asia — an Asia-Pacific Community — would enable the continent to manage regional tensions and defuse crises. 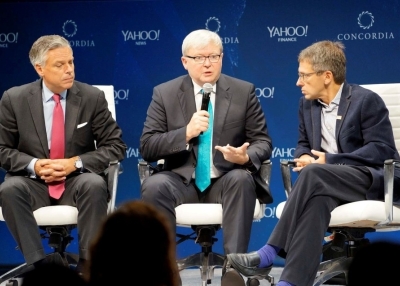 ASPI President Kevin Rudd joined former U.S. Ambassador to China Jon Huntsman and Eurasia Group President Ian Bremmer at the 2015 Concordia Summit to consider how the U.S. and China might build on the meeting. 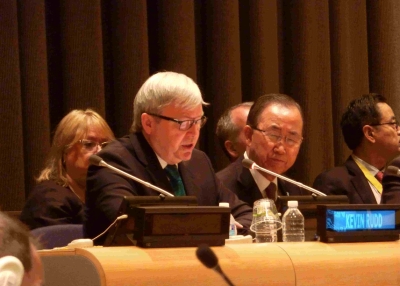 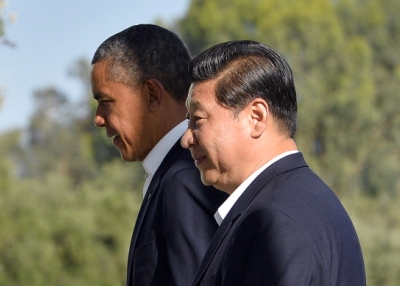 China and the U.S. Need to See Eye to Eye

Writing for the Guardian, Kevin Rudd argues that the U.S. and China share a “maximum desire for stability” that should compel them to agree on a new strategic narrative for their relationship. 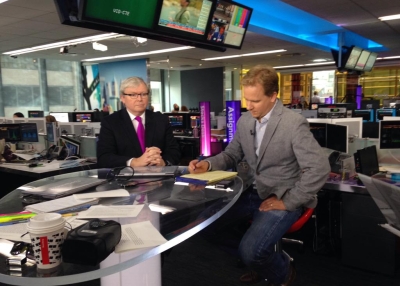 Speaking with Bloomberg TV’s Brendan Greeley, ASPI President Kevin Rudd discussed the political vision of Xi Jinping, the future of China’s technology sector, and the outlook for the Chinese economy. 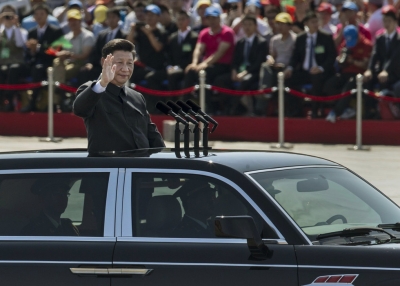 The Top 10 Questions About China Ahead of Xi's U.S. Visit

In an op-ed published by the World Post, ASPI President Kevin Rudd explores the questions that he believes are foremost in policy makers' minds. 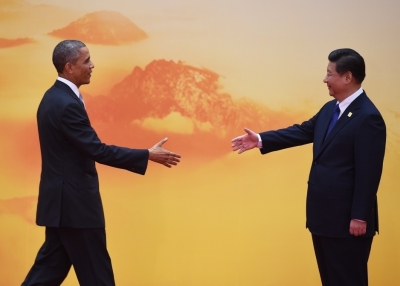 Kevin Rudd: The Obama-Xi Summit Could Be "Difficult"

The former Australian prime minister, now president of the Asia Society Policy Institute, shared his insights during a recent call with AsiaConnect. 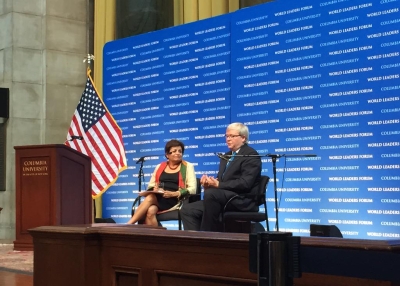 Speaking at the 2015 Columbia University World Leaders Forum, ASPI President Kevin Rudd discussed the implications of China's rise for the future of the international rules-based order. 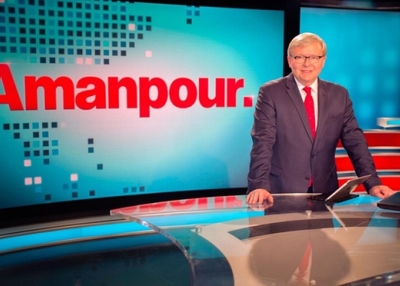 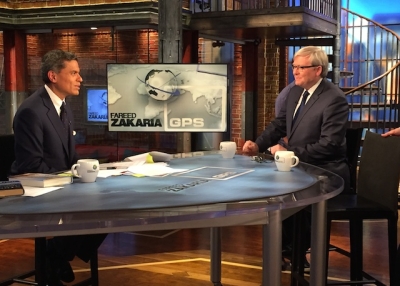 On CNN’s “Fareed Zakaria GPS,” the Asia Society Policy Institute President argues that the U.S. and China have no interest in regional conflict and refutes the “China collapse-ism” theory.