Kashmir: A Case for Self-Determination 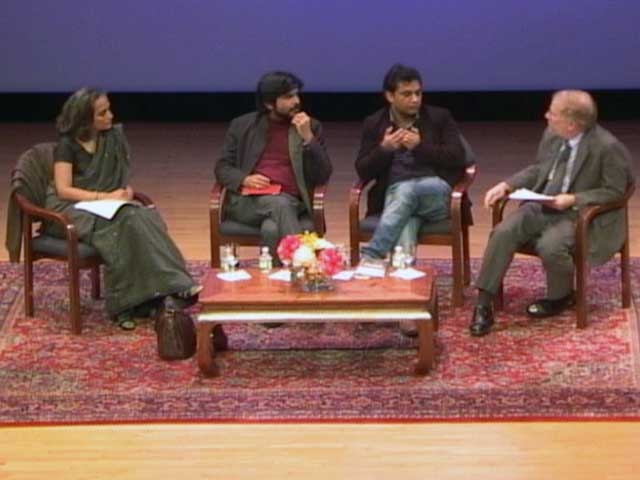 Over the years, Asia Society has had a proud tradition of being an open forum for ideas on important and sometimes controversial issues — such as the one that has vexed South Asia for more than 60 years.

In this tradition of discourse, Kashmiri anthropologist Mohamad Junaid, along with Indian authors Arundhati Roy and Pankaj Mishra, argued for Kashmir's right to self-determination at an Asia Society event last Friday, November 11, in New York City.

Moderated by Columbia University Professor Philip Oldenburg, the discussion was part of the launch of the new book Kashmir: The Case for Freedom, a collection of essays by Roy, Mishra and other contributors, revolving around the history of the disputed valley. (Watch the complete program here.)

The status of Kashmiri Hindus, Kashmir as a potential buffer region between the militarized states of India and Pakistan, and the question of Kashmir's future were some of the main points the speakers raised, with Oldenburg pressing for a fuller definition of azadi, the term that loosely defines Kashmiri self-determination.

Below are some of the highlights of the panel discussion.

Mohamad Junaid on the relationship between Hindu Pandits and Muslims in Kashmir (6 min., 1 sec.):

Roy argued that the broader tensions afflicting South Asia can't be resolved until the Kashmir issue is settled — and posited the value of an independent Kashmir as a potential buffer between nuclear-armed India and Pakistan. (3 min., 20 sec.)