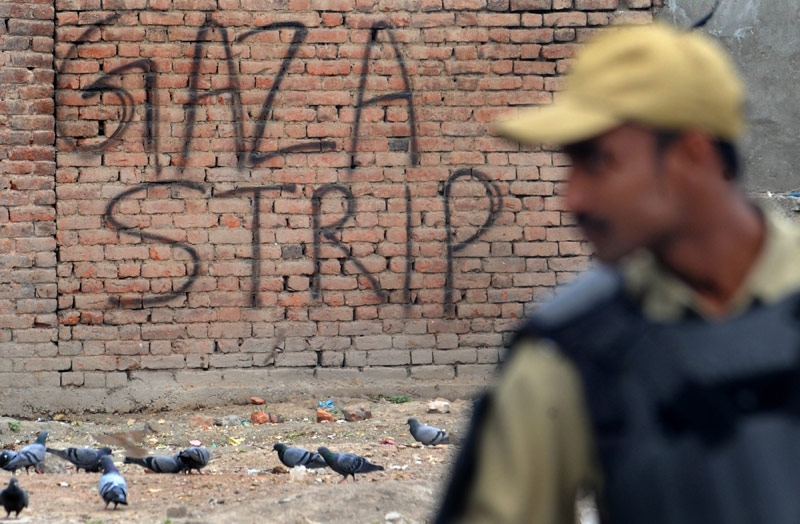 In Kashmiri, azadi means "freedom," and as Arundhati Roy writes, "India needs azadi from Kashmir just as much — if not more — than Kashmir needs azadi from India." The new book, Kashmir: The Case for Freedom, to which Roy is a contributing author, tells the story of Kashmir’s struggle to gain independence since the partition of British India in 1947.

Roy and co-author Pankaj Mishra appeared at Asia Society in New York on Friday, November 11, to discuss the troubled region along with Kashmiri anthropologist Mohamed Junaid and moderator Philip Oldenburg, a professor of political science at Columbia University (watch the complete program). The conversation centered on the history of the Kashmir conflict, with Roy, Mishra and Junaid all asserting the right of the Kashmir people to determine their own future through referendum. As Roy stated during the event: "The word has gotten out … many more Indians are now aware and uncomfortable about participating in this occupation."

But has the word truly "gotten out"? And do all sides view this as an "occupation"? Although Roy, Mishra and Junaid all clearly believe a "free" Kashmir is essential, Mishra appeared less optimistic that the international community would once again turn its attention to the conflict, despite "70,000 people killed in the last 20 years." “Kashmir," Mishra said, "has been doomed to a very long silence."

Even with India and Pakistan both serving as non-permanent members of the UN Security Council in 2012, the same body that through Resolution 47 in 1948 recognized and encouraged the governments of Pakistan and India to resolve the conflict through plebiscite, the reality may be that the Kashmir issue is, for the moment, unlikely to be pursued further. India, for one, has repeatedly rebuffed international attention toward Kashmir as interfering in its "internal affairs."

In all likelihood it is Professor Oldenburg's perspective that lends clarity to the conflict, and perhaps a glimpse of its future resolution. As he writes in the May 2011 essay "Uneasy Neighbors," "The army in Pakistan, it is claimed, needs the India-Pakistan conflict to justify its continued large share in the resources of the Pakistan state, and its continuing central role in determining not just security policy but all policy. Hindu nationalists — not confined to a particular party — find a deeply hostile Pakistan necessary for impugning the loyalty of Indian Muslims, which makes possible a tactic of solidifying support across the various divisions within the Hindu community."

In short, Kashmir, as an "issue," lends favorably to both countries’ political strategies. Until Pakistan and India navigate to more stable political ground internally, Kashmir will continue to wait in limbo.