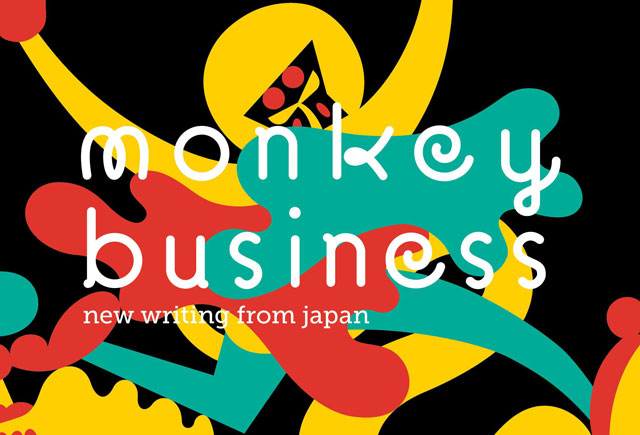 One of the liveliest presences on the international literary scene returns this spring with the release of Volume Three of Monkey Business, the acclaimed anthology of Japanese writing in English translation. The latest issue takes the journal's commitment to cross-cultural dialogue and engagement to a new level: early, unpublished work by the American author Paul Auster appears alongside Naoyuki Ii's critical essay examining Franz Kafka's Gregor Samsa and Herman Melville's Bartleby through the lens of Japan's "company man" tradition, and the short story "General Kim" by classic Japanese author Ryonosuke Akutagawa (Rashomon) is a fanciful, multi-layered look at the Japanese invasion of Korea in 1592 that brings another Asian culture into the conversation.

The Monkey Business ethos comes to Asia Society New York in person this Saturday, May 4, when Paul Auster and poet Charles Simic join leading Japanese novelist and critic Gen'ichiro Takahashi and Mina Ishikawa, a new voice in tanka poetry, for a conversation that will be facilitated by Monkey Business co-editors Ted Goossen and Motoyuki Shibata (who are themselves eminent translators).

A co-presentation with the Japan Foundation, Saturday's panel discussion is a part of the Ninth Annual PEN World Voices Festival of International Literature. For those who can't attend in person, the program will also be a free live webcast on AsiaSociety.org/Live at 2:00 pm ET.

Via email, Asia Blog caught up with co-editors Shibata and Goosen just after their arrival in New York City for the PEN World Voices Festival.

The last line of text in Monkey Business Volume Three reads, "Translation going nowhere." I found this amusing because Monkey Business itself seems to be going several places at once — the current issue feels even more cosmopolitan and wide-ranging than its predecessors. Is this a deliberate choice, or more just a natural evolution for the journal?

Motoyuki Shibata: Let's say both. We don't aim for cosmopolitanism for its own sake — if we do look cosmopolitan, it's simply result of our attempt to bring in whatever is interesting. As we said in the top page of the issue, we gladly accept whatever our monkey fetches for us as long as it looks like fun. Having said that, whenever we have a choice we certainly go for more variety, in terms of content, age, language, etc.

Ted Goossen: I hadn't realized the issue ends with that line until you mentioned it. But "The Forbidden Diary," by foregrounding the process of translation in such a funny and revealing way (we really can get sucked into the work!), does convey some of the process that lies behind a project like this one.

Kafka makes multiple appearances in this issue, via both a critical essay and a manga adaptation of "The Metamorphosis." Was it just a coincidence that this material all ended up in the same issue, or were you consciously developing a theme?

MS: Again, we would have published both items even if we hadn't had the other item, but yes, we were conscious that the two would nicely reflect on each other.

TG: Actually, we did discuss whether or not to emphasize the theme in our opening comments and, especially, in how we lined up the Table of Contents. In the end, though, we decided our readers would have more fun drawing their own connections.

In the new issue, a short story by Masatsugu Ono, "Monkey Child — Human Children," consists of a single paragraph that goes on for 19 pages. In English, even nearly a century after Joyce, only a handful of authors write this way. How rare is it in Japanese? And can you describe some of the challenges this kind of prose would have presented to the translator, Michael Emmerich?

MS: It is rare in Japanese too. But Joyce did it, Faulkner did it, and actually some contemporary writers, such as T.R. Pearson, did it too — so why not Ono? It will be a challenge to readers, but we do feel that it is the right kind of challenge, that it makes sense to have it this way, since Ono is trying to create a linguistic space where the minds of more than one person merge with each other. And you are right — it is certainly a challenge to the translator, but Michael is a genius, he can take all sorts of challenges. We wouldn't have asked anybody else!

TG: Yes, we knew that Michael Emmerich was the right person for this story. The question of which translators to match with which works is an important stage in the planning process. Now, by our third issue, we have an outstanding team of translators, and a much clearer idea of who fits where than we did at the beginning.